One thing to get used to in Denmark is how often the flag is used for all kinds of celebrations. Picture:Hisham Ammar.

Impossible to live in Denmark for long without noticing the Danes’ fascination with their flag – this year one more has been added. Find all the official flag flying days and a guide to the flag in our update here.

Danes can find any occasion to fly their flag, however, you will find that the royals’ birthdays count for a large amount of the official ones and the first six months of the year is when the concentration is highest.

2023 is special as the first-born son of the Crown Prince Couple, Prince Christian, turns 18 on 15 October. His birthday thus become an official flag flying day and is added to those already in place.

5   May Denmark’s liberation after the Second World War

29 July The Faraoe islands’ national day – and it will be their flag and not Dannebrog, 5

5 September – in commemoration of Denmark’s fallen during international engagements

None of the other royal children have official flag flying days as they are still minors.

All public institutions must fly Dannebrog on the official flag flying days. If you are in doubt just check your local bus. If it has a flag flying, you can be sure it’s for an official occasion for instance for members of the Royal family or because of a state visit.

The flag must be raised at sunrise (however never before 8:00 am) and must be lowered at sunset 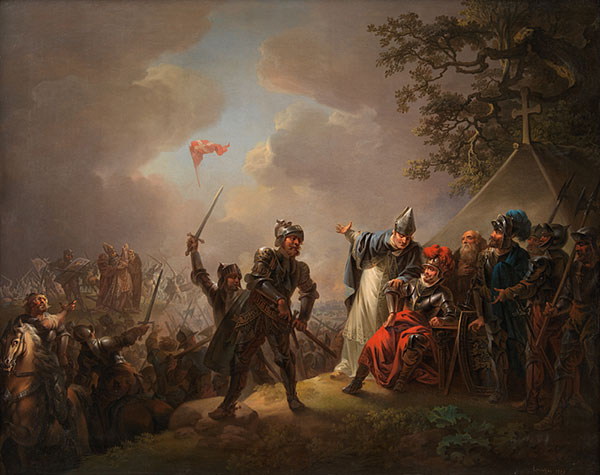 Interestingly, at the same time it was forbidden to use national flags other than the Danish one.

The only exceptions to that rule were (and still are) diplomatic envoys from foreign states and anyone who has obtained special permission to fly their national flag.

Exceptionally because of the war in the Ukraine, it is permitted to fly the Ukrainien flag until 23 June 2023.

You can still request permission to fly your national flag. It will be granted by your local police and the law does emphasise that permission should be given for special events.

So there is an openness towards granting you permission to do so. Be careful though, if you possess two flagpoles, you must flag Dannebrog next to your national one!