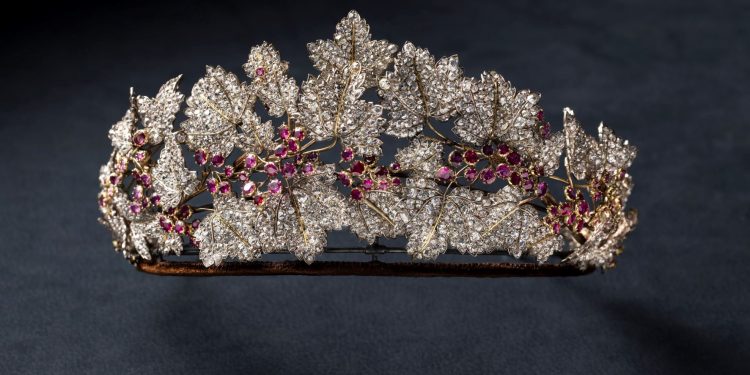 A trip to Kolding and Christiansfeld can easily be combined and make you see more of Denmark in just one day.

Danes are not known to be good at making longer one day trips, but as an expat driving an hour or two to reach a selected destination and back again, on the same day, is nothing unusual.

If you are driving from Copenhagen, calculate a bit more than two hours to reach Kolding. The drive over Funen is not very spectacular if you take the highway, however, it takes you there much faster than if you take the smaller roads.

Funen is a bit of a criss-cross of smaller roads, and the highway, even if rather boring, is the fastest way to cross, which is what you want to do, to fit in the two visits in one day.

Kolding lies at the end of Kolding Fjord, however, the town itself is nothing spectacular apart from the old fortress, Koldinghus, which is the first stop on your road trip.

Koldinghus, a former royal home, and thus referred to as a castle, celebrates the 50th birthday of the Danish Crown Princess Mary with a large exhibition focusing of her role as crown princess but also the lives of four former crown princesses, all later Queen’s of Denmark.

If you have visited castles and fortresses around Europe, you will not be very impressed by the size of it.

However, the real hidden gem of Koldinghus, is the absolutely astounding way in which it has been rebuilt in modern times.

It burned to the ground in August 1807 and was left as a romantic ruin for almost two hundred years.

It is said that it was Napoleon’s fault that it burned as Spanish soldiers were staying overnight. Denmark was at war with England and the Kingdom was part of Napoleon’s Spanish/French alliance.

If you find that some Danes have very dark hair and roman style noses, they might be descendants of one of the 25,000 French and Spanish soldiers, which the alliance had brought to the country. Koldinghus was also the headquarters for the commander-in-chief, the French marshal Jean-Baptiste Bernadotte.

Since the fire was so devasting, and Koldinghus had been left as a ruin for so long, it was decided to rebuild it without rebuilding it all.

Koldinghus was gradually renovated and rebuilt during the 20th century, but was not finalised until the mid-1990’s.

It is difficult to describe, how it has been done, but the essence is that one of the wings was rebuilt with a new roof and outer walls, however, inside, all the floors have not been rebuilt but left as an open void, across whose space you walk on long iron bridges, connecting across.

Large beautiful wooden beams, many meters high, hold the new roof. It is an absolute must-see for that reason alone.

Among other unique exhibits, visitors to the exhibition can look forward to seeing the famous ruby set, the blue dress and the headband that the Crown Princes wore for Prince Christian’s christening in 2006.

It is Crown Princess Mary herself who guides the visitors on a journey through the history of her predecessors and the House of Glücksborg in a lifelike 1:1 projection on the walls throughout the exhibition.

Here visitors “meet” Crown Princess Mary as she speaks about her own role and about her predecessors.

The exhibition’s focus is on what it means to be a crown princess: what is expected, how have the ones presented in the exibition approached the task.

Apart from the Crown Princess herself, the lives and stories of the princesses Louise of Hesse-Kassel, Lovisa of Sweden-Norway, Alexandrine of Mecklenburg-Schwerin and Ingrid of Sweden are presented. Of them all, the Crown Princess Mary is the only crown princess not to come from a royal background.

Several royal jewels are exhibited amongst them the famous Ruby set which Crown Prince Frederik inherited from his grandmother, Queen Ingrid and which often adorns Crown Princess Mary at official events where such jewels can be worn, amongst them a beautiful tiara.

The iconic ruby set has a long history and came to Denmark with one of the crown princesses.

It was first worn at Napoleon’s coronation as emperor in 1804 by Désirée, who later became queen of Sweden. The set came to Denmark in 1869, when her great-granddaughter Princess Lovisa married the Danish Crown Prince Frederik (VIII).

As Queen, Lovisa gave it to her daughter-in-law Alexandrine, and in 1935, Crown Princess Ingrid received it as a wedding gift.

The set was Queen Ingrid’s favourite for decades, and in her will she left it to Crown Prince Frederik, so that his future wife could wear a jewellery set worthy of a crown princess.

In fact, all of the five crown princesses presented in the exhibition have had the possibility of using the set.

The Danish Crown Jewels are worn only by the regent or the regent’s wife, so Queen Margrethe has never worn the ruby set.

The exhibition ends on the 30 December 2022. More information here.

Another just opened expo is the Flora Danica Dinnerware set which belongs to the Royal Collections/Royal Family.

The exhibition reveals a wildy luxurious porcelain and is the first public exhibition of the original Flora Danica dinnerware set in the Library Hall at Koldinghus.

A total of 1,530 intact pieces are presented. It is  the best-preserved luxurious porcelain service from the 18th century and is a magnificent dinnerware in terms of splendour, storytelling and decoration.

Its numerous pieces and painstaking reproductions of wild Danish botany on fragile white porcelain is quite simply unique.

Like the Danish crown jewels, the dinnerware is still in use today for very special occasions in the Royal House. More information here.

Once you have finished with Koldinghus, you could decide to drive to Christiansfeld for lunch. In 2015, Christiansfeld became listed as attraction number seven on Denmark’s Unesco cultural heritage list.

The excellent restaurant and inn at Brødremenighedens Hotel will not disappoint you if you are looking for a Danish style lunch. As always with Denmark it is good to reserve.

The lovely inn is located in the basement of the hotel with vaulted ceilings and beautiful hand painted wooden furniture, the atmosphere is cosy and warm. After your lunch take the time to explore the streets around.

They are filled with houses all built in the period 1773 to 1812 as a well-planned settlement by immigrants from Saxony. The building which houses the hotel and inn was one of the first ones to be built.

The immigrants were part of the religious order of the Moravians, in Danish Brødremenigheden, and they were fleeing from religious prosecution in many parts of Europe.

The town is named after the Danish King Christian VII, who was the town’s patron at the time, as he could see the benefit for the Danish economy of housing these highly skilled craftsmen.

Walk down to the main square around which you will find several of the typical yellow brick houses with red roofs and small staircases in front.

The most spectacular building however is the church building, whose structure looks like no other church you have visited.

You can visit the church, which is open every day.

The roof is the largest suspended church roof in Denmark built without pillars. Many meters high, the large room exudes peace and quiet.

The old town centre is built on the model of Brethren congregations who built their towns with the church in the centre, surrounded by the main houses – choir houses (houses for the unmarried brothers, sisters and widows), rectory and principal residence.

Christiansfeld Museum is located inside the former Sister House. The building was extensively renovated some year’s ago with the financial support of the AP Møller Foundation.

It also houses the tourist office, certainly worth a visit to learn more about the town and the history of its congregation.

Before you leave for your drive home, do not forget to visit the bakery and confectionary shop just on the corner opposite the hotel.

The Brødremenighedens Bageri’s speciality are the home-made gingerbread cakes made from a traditional recipe. They are mouth-watering delicious and tasty, and the coffee is just what you need for the drive home. If you prefer, stay on site for coffee and cake in the shop’s cosy coffee room.