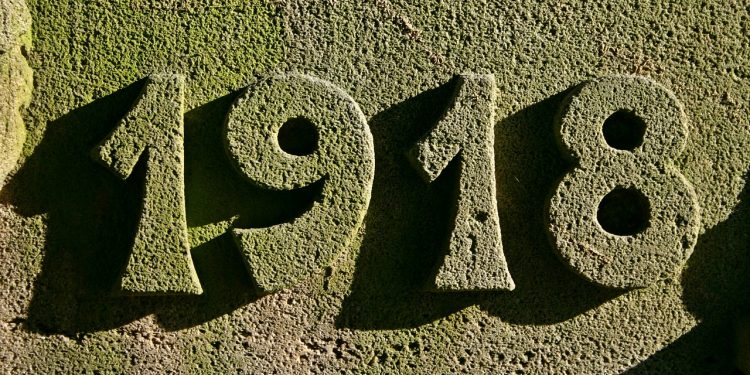 As many countries in Europe are preparing to commemorate the First World War Centenary on 11 November 1918, you might be wondering how the war affected Denmark and where to find ceremonies here.

Queen Margrethe will attend a memorial ceremony in Aarhus at Mindeparken/ Marselisborg Castle at the Monument for the Fallen Danes 1914-1918. The ceremony will take place on 11 November at 11:00.

The municipality of Aarhus informs that public attendance is possible but due to space restrictions anyone wishing to attend should come early and be in place latest at 10:30.

In the Copenhagen area, the Polish Embassy in Denmark is arranging a ceremony on 10 November at Mindelunden in Hellerup to mark the end of the war, which also meant the regaining of Polish independence after 123 years of partitions. The ceremony takes place at the memorial for the Danish Resistance Movement of the Second World War at 11:00.

The French and Belgian Embassies are arranging a ceremony with the laying down of wreaths in Copenhagen on Monday 12 November at 10:30 at Assistens Kirkegård and afterwards at 12:00 at Katolsk Vestre Kirkegård. The ceremony is a tribute to French and Belgian soldiers and other victims of war, who died in Denmark. Both ceremonies are open to the public.

Denmark declared neutrality at the outbreak of the war, however, being a close neighbour to Germany, great efforts were made to retain good relations with Germany.

Denmark and many Danish businesses (the shipping industry, agriculture and other large industries) made a fortune on the war, trading with all war parties.

The expression gullaschbaroner dates from this time, as canned meat/ canned gullasch was the biggest export item to Germany.

Before the war, there were 21 factories making canned meat, a figure which during the war rose to 148. The quality was bad, but fit for the hungry German soldiers, so some producers claimed to newspapers at the time.

Many of the fancy villas along Strandvejen, North Copenhagen, were built by these nouveau riche businessmen.

Perhaps the most important outcome of the end of the First World War and Germany’s total defeat was the Danish reunification with the territories previously lost to Germany.

In South Jutland, Sønderjylland and North Slesvig, voted to return to Denmark at the referendum held in the beginning of 1920. The possibility to vote by referendum was a direct outcome of the Versailles Treaty in 1919.

The Danes of Sønderjylland, who had German citizenship (after the defeat of 1864 when Denmark lost these territories to Germany) were forced to fight on the German side, at total of 30,000 were drafted, of them about 5,000 died during the war. Even today, many in these areas have family members who participated in the war and who died, or came back severely injured.

“The most obvious and important for Denmark is certainly the reunification of South Jutland with Denmark. This would not have been possible without such an important German defeat,” Professor Nils Arne Sørensen, from the History department of Syddansk Universitet,said to Danish newspaper Jyllands Posten.

“The Danish involvement is not something that has a great place in the Danish public memory of the First World War, at the time it was primarily linked to the soldiers from South Jutland, and later in the biographies and novels published about it during the 1920s and 1930s.”

Denmark was reunited with Sønderjylland and North Slesvig on 15 June 1920.