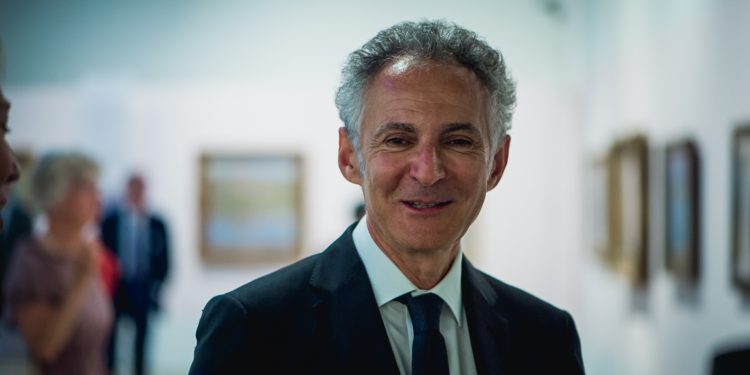 The state visit of the French President Emmanuel Macron takes place at the very last minute of the popular French Ambassador to Denmark Francois Zimeray’s posting here. He takes leave of Denmark on a day later after five successful but also drama filled years here. A long posting, which should have ended a year ago, but was prolonged after Macron’s election in June 2017.

Mr Zimeray’s last contribution, to the Danish/French relations so to speak, is certainly to bring his President to Denmark.

For Denmark it is an important visit, France is a large and important country within the EU, but also on the global scene, and Mr. Macron is an interesting and still new person on the international scene as the royal palace representatives put it during a press meeting.

His visit here is no coincidence, but a carefully planned event. The last time a French state visit took place, was in 1982 with the visit of then President Mitterand.

In a monarchy, having more than one state visit per monarch is actually quite rare, however, as Danish Queen Margrethe said in an interview in August 2018, she has been around for a long time, so having a second visit is a possibility.

The bulk of the formal one and a half day visits will be done by the Danish Crown Prince Couple and the Danish Prime Minister.

Queen Margrethe will of course welcome the President and his wife, host them in her guest palace and invite them to the formal state dinner at Christiansborg Palace on the 28 August.

So why a second state visit to Denmark?
According to the French Ambassador, apart of course from the family ties to France amongst the Danish royal family, and the long history of Danish/French relations, there are several reasons why it was Denmark, which was selected as one of Mr. Macron’s state visits.

Denmark and France have so much in common and so many shared values and affinities such as the fight for democracy and freedom and the fight against Islamic terrorism. When Denmark was the target of anger due to the Muhammad drawings, it was the French paper, Charlie Hebdo who reprinted them in support of Denmark but also the freedom of the press and the freedom of speech. They paid a high price for this, as the French Ambassador says.

France is also a target for Islamic terrorism and is united with Denmark in the fight against the so-called Islamic state. Something which Ambassador Zimeray experienced personally during his first years here.

At the attack on Krudtønden in Copenhagen, also known as the Copenhagen shootings, in February 2015, the aim of the attacker, Omar Abdel Hamid El-Hussein,was deemed most likely to have been the Swedish artist Lars Vilks, who had drawn a controversial picture of the Islamic prophet Muhammad and who was invited to speak at Krudttønden.

Instead, two Danes were killed, and several policemen injured. The French ambassador was present at Krudttønden and was evacuated unharmed after the attack.

The French president will be meeting with the victims’ families at Krudttønden in the late afternoon on the 28 August for a private ceremony to commemorate the terrorist attack here and the joint fight against Islamic terrorism.

Another reason why President Macron wants to visit Denmark is his ambition to engage the European youth in the EU project, not only in France, but all over Europe, and to rebuild their belief in the European Union. Therefore he will be participating in a EU debate with more than 600 Danish students Tuesday afternoon at The Black Diamond in Copenhagen.

He will walk from the Danish Parliament at Christiansborg to The Black Diamond together with the Danish Prime Minister through the Royal Library Gardens, “Bibliotekshaven”, at 15:30. There is public access to the gardens should you wish to catch a glimpse of the two statesmen.

Finally, says Ambassador Zimeray, Denmark is often quoted by the French President as a reference for some of the reform policies, which the French President wants to make in France, such as the way the Danish labour market works and the so-called flexicurity built into the social security system.

All in all it is a fully packed one and a half day visit.

Highlights of the program with possibility of public access

28 August:
11:10  Visit to the Citadel/Kastellet – wreath laying ceremony with the Danish Crown Prince Couple, President Marcon and his wife.

11:20  The Crown Prince Couple, President Maron and his wife leave from Kastellet by car, escorted by the Danish Royal Mounted Gard Hussars to go to Amalienborg. It is unusual, and for security reasons, that cars have replaced the horse drawn carriages.

11:30  Arrival at Amalienborg’s guest palace, Christian VII’s palace and welcome on the stairs by Queen Margrethe as well as Prince Joachim, Princess Marie and Princess Benedikte.

15:30 After meetings at the Danish Parliament, the French President and Prime Minister Lars Løkke Rasmussen will walk to the building of The Black Diamond through the library gardens, Bibliotekshaven.

17:45 The presidential couple will leave from The Black Diamond to take a boat ride through Copenhagen Harbour with one of the bus boats, Havnebussen.

Late afternoon visit at Krudttønden together with the Danish Prime Minister and his wife before the state banquet at Christiansborg Castle at 20:00.

29 August:
9:25 The President will take part in a conference at the Confederation of Danish Industry on H.C. Andersens Boulevard in Copenhagen together with the Crown Prince and the Prime Minister.

11:00 The President and his wife will take part in a culture event at Glyptoteket together with the Crown Prince Couple. They can be seen arriving at Glyptoteket.

You can see the full program of the visit at the site of the royal house.