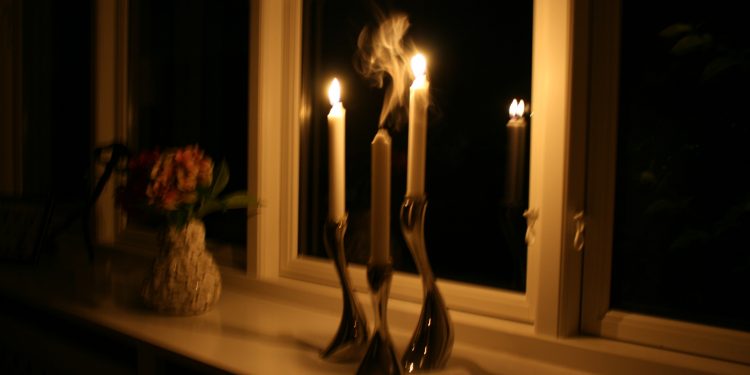 To avoid soot make sure that your candle burns down evenly and that it has a steady flame. Blow out the flame when you open a window or when the candle is in a draft. Picture: Bente D. Knudsen

Before you adopt the Danish custom of lighting candles take note that in a country, where on average 16 hours a day are spent at home, candles are more dangerous to your health than most Danes will accept.

Candles are equal to a Dane’s concept of hygge, certainly lighting candles are an inherent part of what Danes would qualify as being part of having a nice and hyggelig time with friends and family – it would seem practically impossible to hygge without them.

Read more about the concept of hygge here

Studies have shown that 39 percent of Danes burn candles on a daily or almost daily basis, with only seven percent saying they never light a candle (2014 study by YouGov for Bolius).

More women than men burn candles (men hardly ever do), and especially the middle-aged (+55 years of age) light candles on a daily basis.

Top that with 39 percent of Danes who do NOT believe that burning candles has any negative effect on the indoor environment of their home.

Unfortunately, candles are not only hyggelige, they are actually a key source of indoor pollution of the air we breathe. Burning candles results in an increased concentration of particles in our indoor environment with potential health hazardous effects.

A bad indoor environment can be the cause of tiredness, headaches, and allergic reactions and in the worst-case, illnesses that are more serious.

Particle pollution and humidity are some of the factors that have the greatest negative effect on our indoor environment.

More sources to indoor pollution
Of course, candles are not the only source of indoor particle pollution.

In a comprehensive study by Lector Gabriel Bekö from DTU/ CISBO, 56 Danish non-smoker homes in Copenhagen were measured for the quality of their indoor environment.

Over a period of 45 hours, each house was monitored to find out how Danes are exposed to particles in their own home, including how great a share of the particles originate from candles.

The results showed that activities in the home were responsible for 76 percent of the exposure to particles, with only 24 percent of the measured particles coming from outdoor sources.

However, candles were responsible for more than half of the daily exposure to particles in the homes where candles were burned. Almost one third came from cooking, baking and toasting bread.

Although all studies note that it is difficult to separate the effects of indoor and outdoor particle pollution, studies show that high particle levels in the home may have negative effects on lung function and the cardiovascular system.

Since we are responsible for two thirds of the particle production in our homes, we can actively do something about it.

“Especially during the winter, the indoor particle concentration is high. Danes light candles and cook good food, and at the same time, since it is cold outdoors, we tend to let in less of the fresh cold air. But be careful about this,” Gabriel Bekö says about his research results.

Ventilation is key – whatever the season
Ventilating our homes, and letting in fresh air several times a day, is important. Research by the Centre for the Indoor Environment and Health (known as CISBO) shows that general ventilation needs to be supplemented by daily airing.

However, just opening a window is not enough – we need to ensure there is a thorough draft, as creating a draft will remove three times as much of the polluting particles compared to just opening one window.

Other research on the negative health effects of candles ( Survey and Risk Assessment of Particle and Heavy Metal Emissions from Candles by the Danish Environmental Protection Agency) show that the burning conditions are more important than the type of candle being used (stearin, paraffin and scented candles have been contested as to which ones are “less” unhealthy in different studies).

A significant increase in the emission of particles was found when the candles had a sooty burning, – something which occurs for instance when the candle is in a draft with an unsteady flame, or if the wick does not create an even burn of the candle.

So the next time you feel like lighting a candle – take note that the apparent hyggelig Danish habit is not as good as you thought for your health and remember to air your home thoroughly – even during the winter- if you do.

Tips for a better indoor environment
Let in fresh air several times a day – all year round – especially with a draft.

Always air a room/your home when you have had guests, been cooking, baking or toasting, and after burning candles.

To avoid soot make sure that your candle burns down evenly and that it has a steady flame. Blow out the flame when you open a window or when the candle is in a draft.

Make sure the wick is no longer than one centimetre and don’t let the candle burn for too long.