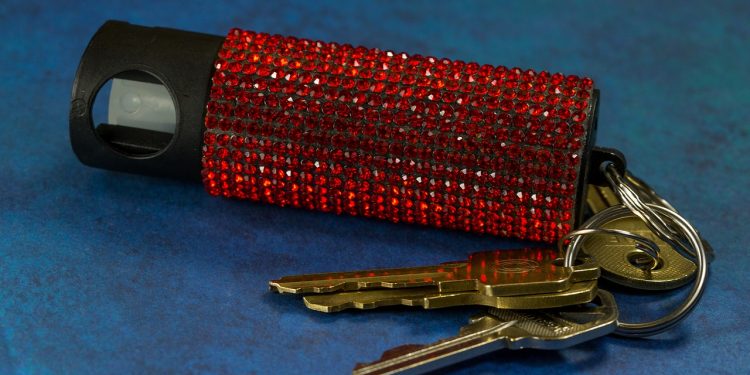 Do not put your pepper spray in your keyholder. In Denmark, it is illegal to carry it outside your home.

The new legislation, regarding the possession and use of a pepper spray, which will come into effect in 2019 is, to say the least confusing and complicated. Find our brief guide here.

The use of pepper sprays by private citizens has so far been prohibited in Denmark, both in a private home and in public spaces.

However, new legislation passed just before Christmas, legalises the purchase and possession of a pepper spray for any Danish citizen above the age of 18.

The pepper spray can be used for self-defence, however ONLY inside your private home. It is still illegal to carry a pepper spray outside of your home.

All the associations and interested parties, who had been asked to give their opinion on the proposed legislation prior to its final adoption, (in Denmark called høringsrunde) had expressed deep scepticism about legalising the possession pepper sprays in your home.

However, the government decided to pass it anyway with the support of Dansk Folkeparti, who were very much in favour.

The new regulation still leaves many open questions, which will not be answered until the Justice Department has had the time to review the issue.

At the moment no information is available regarding the kind of pepper spray, which can be legally purchased, despite attempts to get this information by media and arms dealers.

Also, the new legislation opens for the possibility of getting permission to take a pepper spray out of your home and carry it in the public space.

This is to be valid for persons who are particularly vulnerable, such as victims of stalking, violent attacks, or other persons. Such a person must apply for and obtain permission to do so from the police. However, so far, the exact criteria for deciding to issue such permissions are still not available.

The only pepper sprays, which will be legal to possess in your home, will be those purchased from a Danish arms dealer, so no quick shopping while on holiday abroad is legal.

Also the strength of the pepper spray is not yet known. The Danish Justice Department has only given information regarding what they will not be, when questioned.

“They must be weaker than those used by the Danish police, which are pepper sprays qualified as having 500,000 heat units on the Scoville-scale.”

Illegal possession in the public space is subject to a fine of DKK 3,000 and if the pepper spray is used in a situation that cannot be qualified as self-defence, the legal framework regulating the criminal offence is hard violence, grov vold.

Do not buy a pepper spray outside of Denmark

Only buy a pepper spray from a Danish certified arms dealer

Do not carry it outside of your home