EXPAT CHILDREN: WHAT IT’S LIKE TO GROW UP ROOTLESS 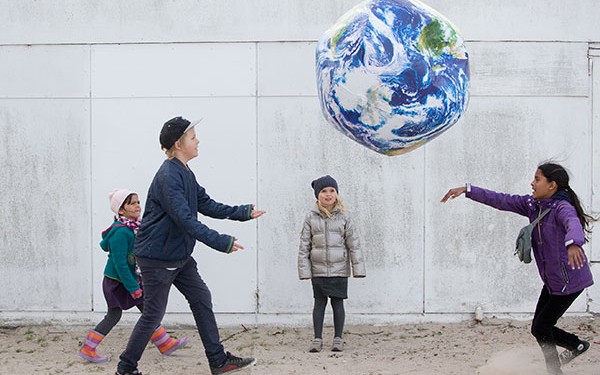 Anita Mayntzhusen has done an extensive study of international children.

Interview with psychologist and co-founder of Globally Local, Anita Mayntzhusen. Be inspired to help your own children by her findings and insights from her study of international children and their sense of self, as affected by their global travel.

When it comes to researching the effect of an international move it’s generally the expat parents, either the working expat or their accompanying partner, that are interviewed by the HR department of their multinational company or by their global relocation agency.

But what does it feel like to be an expat child?

They have many names and since the number is growing there is more awareness and more literature available for parents to explore – search for it under under names such as Global Nomads, Global Kids or Third Culture children.

Where do you come from? Not an unusual question to ask someone the first time you meet them but, for global children, answering that question can be rather tricky. For Anita herself, it’s also not an easy one.

“I would answer Denmark if I chose the short answer,” she laughs. “The longer one is that I am half Danish, half Mexican, but I grew up in the US, Africa and Mexico. But by now, I have lived most of my adult life in Denmark. Sometimes people then ask me where I consider my home to be – that can be a hard question to answer too.”

Given her global background, Anita’s interest in researching the lives of expat children is unsurprising but the idea of doing a study took off in earnest during her studies in Educational Psychology.

She became intrigued by the fact that, being a ‘bilingual child’ according to the definition used in Danish political fora, where it is taken to mean ‘the child of immigrants’, was often considered problematic.

By contrast, she remembers how, during her own childhood years, being multilingual was considered a positive resource.

Current research into the reasons why expats leave Denmark concludes that they often do so due to family issues, and/or because of the integration difficulties they experience when trying to become part of Danish society.

But most of this research is based on an adult perspective, either that of the working expat or the accompanying partner, not the perspective of the child.

She visited several Danish International Schools as part of her study, and joined the children for a day in their lives.

“I joined them during classes and after school as well, and then I interviewed them. The youngest I interviewed was 11, and the oldest 16, “Anita details.

Anita’s research found that, regardless of the children’s different ages or the number of countries they had resided in, they clearly had something in common.

Their unique life experiences of having to move and adapt to new environments and new settings, again and again, had given them a strong sense of ambivalence as to what and where their home was, where they belonged, and a strong feeling of being different.

“These three factors are significant for the expat child’s self-knowledge and awareness,” says Anita.

More significantly, she goes on to argue that, by knowing more about how they perceive themselves, these global nomads are easier to help and guide.

Belonging to a global tribe rather than a culturally defined one
Global children have a unique cultural dimension to their self-understanding.

According to Anita, her research shows that often the expat child will feel closer to someone who has the same experiences as they do, regardless of nationality or cultural background, than they might to someone from the same country as them.

This in turn opens up a multitude of possibilities, as their exposure to different cultures makes them open-minded to other ways of seeing the world. This is truly ambiguity in the positive sense of the word, as their value judgement is not based solely on one specific cultural experience or background.

The exposure also enables these children to access alternative creative possibilities of action, for example in problem solving.

All the children in Anita’s study were bi- or multilingual. The languages that expat children learn to speak are important for their future, as they open up the opportunity to study almost anywhere in the world.

Even though learning more than one language at an early age poses challenges (some studies have shown there can be delayed language development or a smaller vocabulary in each language) it doesn’t mean a less complex use of their languages in the long run.

A new understanding of the concept of home
The concept of having a home is important to many people. There is a wide perception that if you don’t feel at home anywhere, then you must be rootless.

But with expat children, Anita found that the traditional understanding of a home did not necessarily apply.

Instead, she found that expat children tend to see their home as something mobile, and not linked to a specific geographical place. They connect home more to the items that surround them and the people they are with.

Other anthropologists, such as the Danish researcher Ida Wentzel Winther, also found that to expat children, other identifiers mark out a home; recognisable items like clothes, furniture or your teddy bear, rather than a physical location.

Anita concludes that a home for an expat child is not defined as a single place, but is more of a feeling and that that feeling of home is not restricted to only one geographical location.

I found that home for an expat is a feeling more than a place and this feeling is mobile and recognisable. Home is where one feels at home. And therefore, home can be in more than one place,” she concludes.

Anita quotes some of the answers the children gave her to her questions about what they perceived as being their home.

” I thought the Middle East was my home. Denmark was just the place I was born. I knew I was from Denmark, but I felt like the Middle East was – I felt at home there and it was there I belonged”
Ida, 11 years, when questioned about moving back “home” to Denmark where she came from.

Silas is from South America. At the age of six, the family moved to the U.S. Today, his father resides in the U.S and Silas and his mother live in Denmark. For some time, Silas has moved back and forth between Denmark and the U.S every two years.

”Well I think that home is the place where I am right now… Right now it’s Denmark, and when I am in the U.S., it’s the U.S., but it hasn’t been South America for the past eight years. I don’t consider there home. I come from there – know a lot of people there, but I don’t, I mean, I can obviously remember something from my six years there, but it’s not as clear as the past eight ones that I have been back and forth from Denmark.”
Silas, 14 years

”Ah – I feel home when I’m with my family – anywhere. I don’t have a certain home, cause I – we go quite a lot on trips and other stuff – I just think I’m home when my family is there…”
Jayjay, 14 years

The role of an international school
The importance of the expat child’s school was another of Anita’s findings. Most of us probably remember our schools for lots of things – good and bad – but for an expat child on the move the school serves as an important “anchor” in their lives.

The school’s curriculum is important to their development, but even more than that, the support the school can offer expat children in developing and supporting their social networks and their social competences, was underlined by Anita’s findings.

To keep a feeling of continuity in their lives and help them develop new friendships, it becomes imperative that the expat child can continue doing the same extracurricular activities and maintain the same interests.

Anita asked the expat children what advice they would give to other children coming to Denmark:
• Be yourself
• Be outgoing
• Continue with your interests and extracurricular activities

“You know that the first months are difficult – and then you will be crazy about it” (Frida, 14 years) 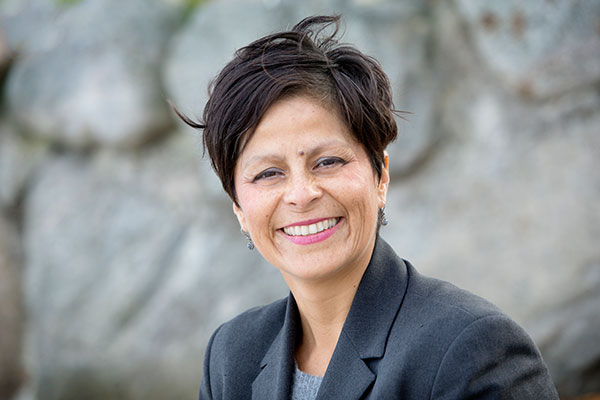 Anita Mayntzhusen has a Master of Arts in Educational Psychology. She is 44 years old, married, has two children, and is the co-founder of Globally Local. For more information www.globallylocal.dk