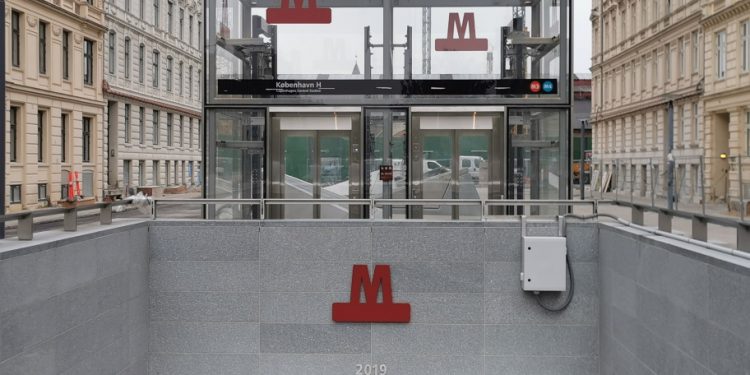 Copenhageners have suffered for a long time with the massive works related to building a metro under a city. Now they will be able to enjoy the ease of travelling across the city much faster.

If you come from a city where taking the subway, metro, or U-bahn is nothing special, since they have been around for a long time, then you will not think the Copenhagen metro is anything special.

However, it is the result of a huge investment, and a huge dare, as the building works have impacted the city and its inhabitants massively the past 12 years.

Copenhagen’s first metro lines, the M1 and M2,  were inaugurated in 2002. This was seen as rather sensational and the metro stations deserving the airport, Kongens Nytorv, Vanløse and Frederiskberg were a huge improvement traffic wise and timewise.

However, with a capital that grows by approximately 10,000 inhabitants each year, the need to find transport solutions for the city’s inhabitants, many commuters, and tourists was important.

It is expected that the M3, also called Cityringen, will be a massive improvement to the traffic and congestion situation in the inner city as also a number of bus lines have been made redundant with the new metro line.

The Municipality of Copenhagen expects that in 2020, Cityringen will double the number of metro passengers from the current approximately 65 million passengers to more than 122 million annually.

Stations with access to the metro will become new traffic hubs in Copenhagen and on Frederiksberg.

With the new M3 metro ( it opened on 29 September 2019), the capital will (finally) have a metro line system that connects the inner city of Copenhagen with the outer “bridge quartiers” of Østerbro, Nørrebro, Vesterbro and Frederiksberg.

In total, the Cityring has 15.5 kilometres long underground tunnels and with three new stations where interchanges to S-Trains are available, the public transport services comprising metro, buses, S-Trains and the regional trains are tied even closer together.

From 2020, the M4 metro line starts operating as well, this is the Nordhavn/Sydhavn line, which will be finally completed in 2024 when the Sydhavn stations open.

In 2020, the M4 will open in Nordhavn and take you from there to Orientkaj (this is where the cruise ship terminals are).

Facts and details about the new line:
Cityringen has 17 metro stations, all of them have two 2 elevators, however, their staircases are less steep than on the M1 and M2 lines.

It is possible to change at Frederiksberg and Kongens Nytorv to the currently existing metro lines and at the new metro stations of the renowned S-stations of Nørrebro, Østerport and København H (the RED Stations), the metro platforms have red walls making it easier for commuters to recognize stations where they can access the S line.

Just in case you never really thought about it, the S-line has red in its logo and the trains are red.

At Østerport and København H commuters can also access the regional trains.