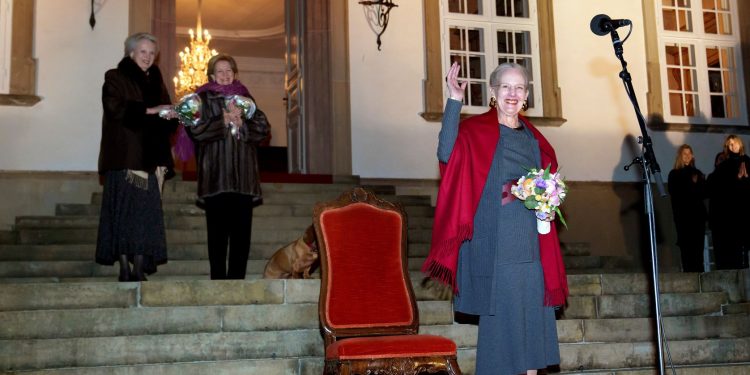 A united family, the three sisters and their husbands shared many happy times together and the Danish royal family share the sorrow of ex Queen Anne-Marie upon the death of her husband last night.

The three sisters and their husbands formed a united family and Queen Margrethe has often said that her father, King Frederik IX, was extremely happy with his three sons-in law, that he found it great with more male presence in his family of four women.

Ex-Queen Anne-Marie of Greece was born as the youngest daughter of King Frederik the IX and Queen Ingrid in 1946, she was married three weeks after her 18th birthday to the then newly crowned King Konstantin of Greece.

They had been engaged since she was 16, however her parents, even if approving of the liaison, would not let her marry until she turned 18 in 1964.


The royal couple lived in Greece until 1967 when they had to flee the country after a failed coup, living in Rome and later London until 2013 when they again were able to settle in Greece.

The Danish Royal House has kept the titles HM King Konstantin and HM Queen Anne-Marie, however, Danish press has added the ex to their titles in line with the fact that Greece voted against maintaining a monarchy by a national referendum in 1974.

Ex-King Konstantin had been ill for several years, this weekend it was reported that he had taken severely ill and had been hospitalised. He died Tuesday evening in Athens aged 82.


Support our magazine with a contribution of any size