HRH Princess Benedikte’s husband, Prince Richard, will be buried on 21 March in Germany

After the sudden death of His Highness Prince Richard, husband of HRH Princess Benedikte, this week, the Royal House has announced that the funeral will take place 21 March at 14:00 in Germany from the Evangelische Stadtkirche Bad Berleburg.

This afternoon the Royal House announced, as expected, that Prince Richard’s funeral will take place in his home town Bad Berleburg. Danish Queen Margrethe as well as a large number of member’s of the Danish Royal family are expected to attend. However, the funeral is announced as a private family affair, with press coverage allowed.

Despite being married to the Danish Queen’s sister, Prince Richard has not occupied any official position in the Royal household. It was widely known that he preferred the land and woods around his estate and his work there, to the royal events and occupations.

His wife however, HRH Princess Benedikte is often in Denmark, as she is still part of the Royal House and active in different functions – most recently at the official opening of the new Copenhagen International School.

His father disappeared on the East Front during WW II and was declared dead only many years after the war. After the war, his Swedish born mother moved back to Sweden, where Prince Richard attended several boarding schools, learning Swedish, which he still spoke whenever interviewed by Danish television.

The family story is quite dramatic, as his father Prince Gustav Albrecht left a problematic will and testament before going to the East Front.

This poses a problem for Prince Richard’s oldest and only son, Prince Gustav, whose fiance, Carina Axelsson, is not of noble decent. Despite knowing each other for several years, the couple have not married, as a marriage would mean that Prince Gustav could not inherit the estate.

The family has tried for many years through court cases to have the will contested, so far without avail. Neither of Prince Richard’s two daughters can inherit the estate. However,they both have sons. According to Royalista magazine Billed Bladet, the court case is still running at the German high courts.

HRH Princess Benedicte is the patron of the annual music festival in July – with concerts also taking place in the castle’s courtyard. More information on the facebook site of Kulturgemeinde Bad Berleburg e.V. Read more about the castle and offical opening hours also in the brochure here

In 1968 she married His Highness Prince Richard zu Sayn-Wittgenstein-Berleburg in the Chapel of Fredensborg Palace. Prince Richard was the son of a friend of Princess Benedicte’s mother, Swedish born Queen Ingrid. 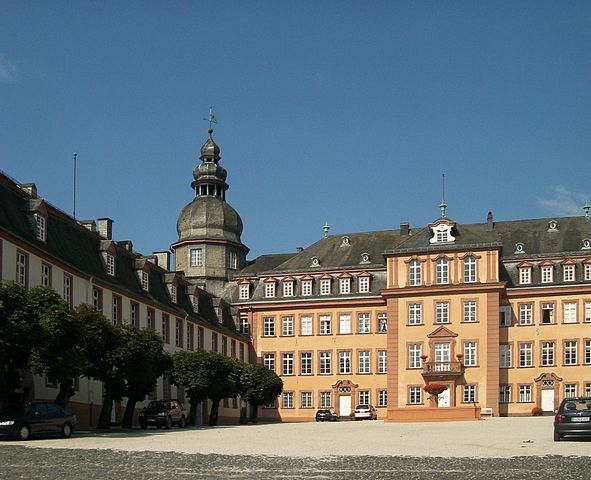