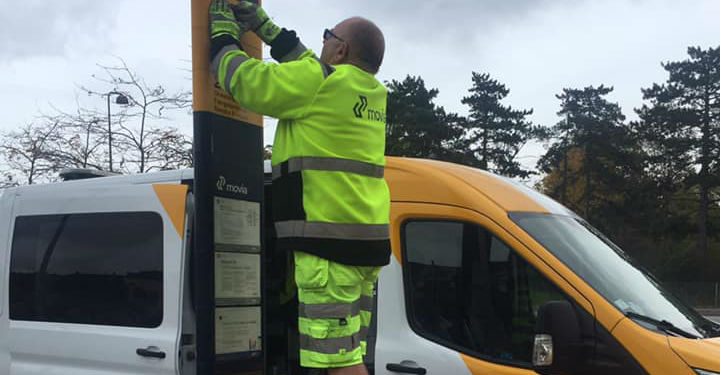 Movia has started preparations for the changes to 33 bus routes - which are being implemented as of 13 October. Picture: Susanne Kee

With a new city metro line and another one opening in 2020, the bus company Movia has adapted the existing bus network to fit with the underground travel possibilities.

If you have lived in Copenhagen without a car, maybe even not using your bicycle much, or just used to commuting with public transport, you will be an expert user of the largescale Copenhagen bus network.

However, with the opening of the new metro Cityringen on 29 September, an important adjustment of the bus network has been planned as well.

It will be implemented on Sunday 13 October with new routes and timetables for the Copenhagen bus network.

The combined metro and bus network has also been given a new name: Nyt Bynet. (New city network)

Movia says in a press release:

“The public transport system of bus and metro need to be adjusted to each other in order to make sure that they supplement each other so that travellers and commuters can get quickly to and from the metro and trains as well as in and out of the city.”

However, it is not a small adjustment as a total of 33 bus routes will be changed, and many passengers will need to plan their travel differently, or even get used to taking a different bus (or the new metro line).

The changes have been discussed and planned in close cooperation with the 12 municipalities surrounding Copenhagen and the Capital Region.

“With 17 new metro stations there will also be many new places, which the buses must reach. For instance, Nørrebro Station and Frederiksberg Alle will become important transit stations between the bus and metro. This means that some passengers may need to take another bus than they normally would to get to school or work. Others will have their logic challenged when rejseplanen.dk wants them to take a bus in the opposite direction of where they are going, as the bus will take them to the metro, which will take them closer to their destination.”

When the Nyt Bynet opens on 13 October 2019, there will also be free flow on all A-buses in the Greater Copenhagen area.

A free flow means that passengers can enter or leave the bus from any of its doors, this should create a quicker flow for the buses, and thus shorter travel times.

It already exists on lines 5C and 4A.

Movia acknowledges that the changes are massive and will challenge its passengers, they promise in their press release to monitor and follow the changes and the new bus routes closely when Nyt Bynet opens.

Find the link to more information and a map here