Information released about the explosive material used on Tuesday 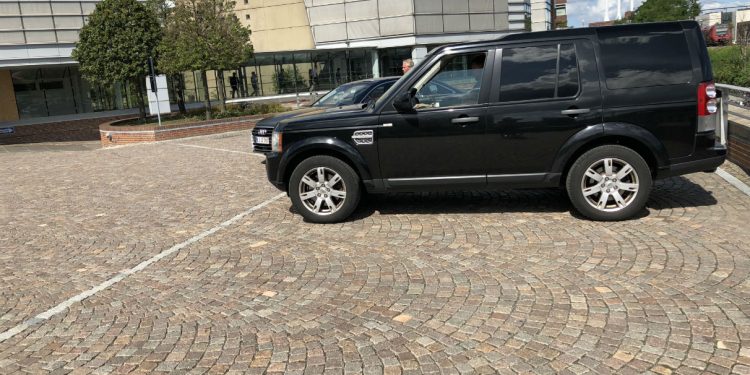 The Danish "secret service" guarding members of government is called PET. You can identify them by the Landrovers they drive when accompanying any VIPs they are working for, such as the Danish ministers or the royal family. Here accompanying the Danish Tax Minister. Picture: Niels Henrik Lindegaard

Research shows that the explosives used are of the same kind as those used industrially for demolitions.

Since the violent explosion Tuesday night there have been vivid speculations as to what kind of material it was that set off the explosion causing such damage to the Danish tax department’s buildings at Nordhavn Station.

The police are still conducting investigations, and therefore not all information is passed on to the public, however, Friday afternoon, in a press release, the type of material used was finally confirmed.

“The preliminary analyses show that the explosives used most likely are the same kind as those which are used industrially for demolitions and the like,” says chief inspector Jørgen Bergen Skov, who also informs that the explosives were placed about 60 cm from the entrance to the Tax Department.

The explosion, which took place Tuesday night, tore apart a large part of the entrance and many windows were broken.

The past two days the employees of the tax department have therefore worked from home, whilst the police have been conducting their research of the area and leaving time also to put up material to cover the entrance until it can be renovated.

The Copenhagen Police also made a widespread call for information from the public, urging anyone in the area to step forward with any observations made on the day and night leading up to the explosion.
However, due to the nature of the offense, the police are reluctant to reveal what they have found so far.

“I am completely aware, and I fully understand that this case attracts so much attention. It is a case which we take very seriously and which we are giving our fullest attention. We are confident and are following up on several leads at the moment, but in the interest of our investigation and the options we have, I am not able to go further into detail at the moment,” Jørgen Bergen Skov informs.

Getting an overview of what exactly happened, and who was in the area at the time of the explosion, has had a large priority in the police investigation so far. This was one of the reasons for the widespread appeal for public information.

And the public have responded in large measure as so far 123 citizens have either called 114 or have come to the mobile police station, which has been put up at Nordhavn station.

“I would like to thank the public for their help, it has been essential in our investigation, and I can only urge anyone who has not yet come forward but who has any information and knowledge to do so. Our phones are open 24/7,” Jørgen Bergen Skov says.

This morning, the Danish Tax Minister, Morten Bødskov, visited the locations to meet with the tax department’s employees as they had started to come back to work at the locations at Nordhavn Station on Friday morning. He had previously visited them on Wednesday morning to see the damage himself and show his full support. 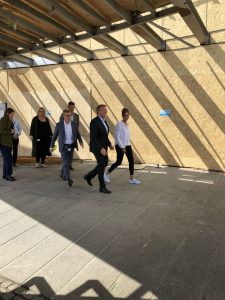 No one has so far taken any kind of responsibility for the attack on the tax department’s buildings.