Last chance to drive through 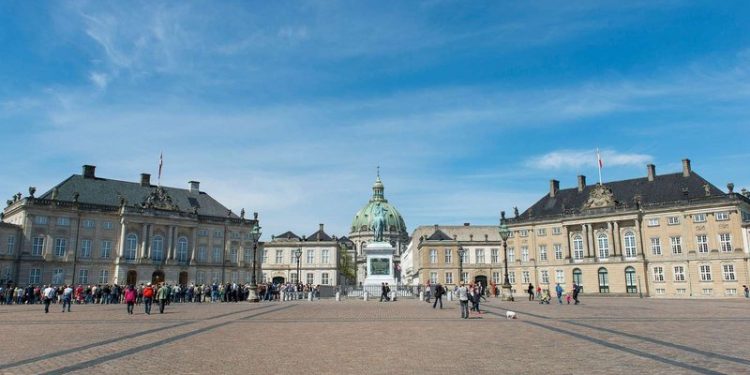 Amalienborg Castle square is to be closed to motorised public traffic in order to secure the square better.

You may have been living in Copenhagen for some time and wondered how it was possible for cars and other motorised vehicles to cross what is most likely one of the most popular squares in Denmark.

Amalienborg castle square has for decades been open to the public, allowing anyone to cross it by whatever means.

Rumour has it that it is due to the Danish Queen’s desire to keep her living quarters as “normal” as possible and letting the square be part of everyday city life, open to locals and others who use the square to access the area.

However, since 2017, the roads leading to the square have been “semi blocked” with large and rather hideous white concrete blocks.

This was installed as the Danish secret service, PET, in 2017 had evaluated the need for security measures at a range of public squares in the city.

A new project has finally been approved to make the square safer by blocking all access roads to non-authorised cars, buses and vans, but in effect maintaining the square open to pedestrians, cyclists and even cargo bikes.

A Danish design solution, which will enhance the visual look of the square has (of course) been selected, according to the public authority responsible, the Slots og Kulturstyrelsen.

The roads will be blocked by a total of 52 bollards; however, the steel posts will be covered in bronze. At the same time, all traffic signs (more than 60) will be removed from the area.

Covering the bollars with a bronze material has been chosen as it fits with the bronze horse and rider  statue by the French artist Salys in the middle of the square as well as the bronze obelisks by Pomodoros in the nearby park Amaliehaven.

“It has been important for us that the bollards do not visually impair the experience of Amalienborg square, which is why we have chosen a design that draws a line to the other bronze items on or near the square, “says Nikolaj Jensen, deputy director at Slots og Kulturstyrelsen, and he adds that:

“Amalienborg castle is one of the most visited sights in Copenhagen, which thousands of tourists from both Denmark and abroad visit during the summer, for royal events and birthdays, and when the royal guard performs the changing of the guard. We must of course secure that everyone can use the square in a safe way and therefore we decided to install the bollards at the four entrances to the square to help us maintain an overview of those using it.”

The project to secure the square has been developed in close cooperation with the royal house. The work has begun and is expected to be finished by end December 2019.