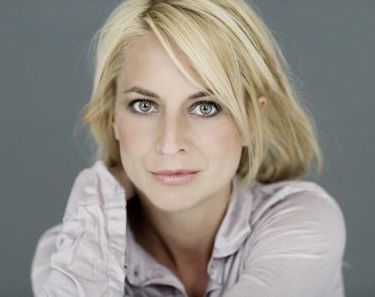 Following a successful career as a TV and theatre star in Germany, recognised German actress Katrin Weisser decided to settle in Denmark with her Danish husband five years ago. She shares her insights as an expat and a professional player in the performing arts.

Being an accompanying spouse in a new country is exciting, however it also often comes with some challenges, especially if you have a booming career in your home country and do not know what your new “adopted home” will have in store for you.

For Katrin Weisser, moving to Denmark was a well-thought out decision. “I met my Danish husband, Peter Lodahl, in Germany ten years ago, and we lived there until 2010, when he was offered a job as a royal opera soloist at the Royal Opera in Copenhagen.”

They were living in Berlin when the offer came, and staying there was also an option they debated, but ultimately Katrin suggested they should move to Copenhagen, since if they stayed longer in Germany, it would be harder for their children to start over later on.

Giving up a great career in Germany and a TV-Star status for Denmark and having to rebuild it all again, even if it was made as a well-thought out family decision, was not easy – determination and being ready to adapt are Katrins tips to all newcomers.

An easy adaptation process
When Katrin moved to Copenhagen, she didn’t speak Danish.

At first it was hard for her to deal with the language barrier when socialising with Danes because she couldn’t respond quickly to them or tell a good joke or a story.

“I was rather quiet back then and I felt people couldn’t get to know who I really was because I lacked the fluency.”

However, she rapidly picked up the language by watching Danish movies and TV series with subtitles.

Unlike many foreigners living in Denmark, she didn’t struggle to make local friends.

“I already had friends through my husband, since we had travelled to Copenhagen several times in the past,” she explains. In her opinion, Scandinavians are friendly and open people. Overall, Katrin feels integrated in Denmark and enjoys living close to the city and the sea. Her children attend the Danish-German school and they have positively adapted to their new life. 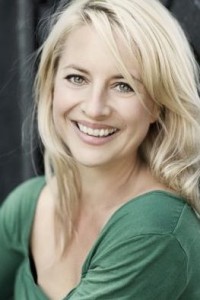 At first it was hard for her to deal with the language barrier when socialising with Danes because she couldn’t respond quickly to them or tell a good joke or a story. “I was rather quiet back then and I felt people couldn’t get to know who I really was because I lacked the fluency.”

So what would she tell newcomers in Denmark?

“They should be wary of the high cost of living. Especially for those who arrive without a job, they should try to cut out unnecessary expenses and find ways of saving money. Besides, they should put money aside for the high taxes.”

She also believes newcomers should integrate and not expect everybody else to integrate them, and think about how they can contribute.

Achieving her dream
Since she was a little girl, Katrin’s dream was to become an actress, but she never thought that she would accomplish it at such a young age. When she was just 13, there was a big casting call for a German TV series called ‘Unser Lehrer Dr Specht’ at her high school, so she auditioned and got the part.

The series was a great hit in Germany, and she suddenly became famous and a part of the German popular culture.

“It was flattering and fun at the time, but luckily I knew what I wanted to be and what being an actress meant for me.” For the next few years she kept appearing in various German TV shows while she finished her studies and later attended the musical drama school in Hamburg.

Katrin wanted to avoid being only typecast for specific roles, so besides her TV work, she built up a career on stage as well.

Redefining her acting career in Denmark
During her first few months in Denmark, Katrin was part of the cast in a German series, where she played a Danish mother who spoke German with a Danish accent. As she recalls, “It was a very exhausting period for me. I was also playing at the Hamburg theatre, so I was travelling back and forth to Copenhagen; and I also had a baby.”

After half a year or so, she could feel that the commuting prevented her from getting settled in, in Denmark, and she was no longer feeling at home in Germany, so she started wondering where she truly belonged.

Thus, Katrin understood that in order to establish herself as an actress in Denmark, she needed to stop travelling and focus on her Danish. She also decided to reject some offers for parts in German series because she didn’t think those roles would help her grow as an actress.

Katrin became a member of the Dansk Skuespillerforbund (Danish Actor’s Association), where she continued her training with singing and acting, and got to meet other actors. 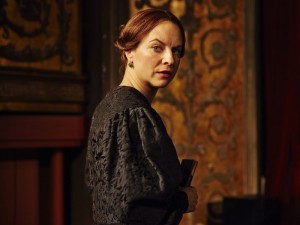 In, Clara – Indre Stemmer, Katrin portrays the life of Clara Schumann – she is Clara and also the story teller – a powerful monologue where Clara has to battle managing her own career, her husband’s depression and her children.

Katrin’s critical breakthrough in Denmark came when she was offered the role in “Clara-Inner Voices” (CLARA-Indre stemmer in Danish), where she portrays the brilliant musician and composer Clara Schumann. The play is a monologue in Danish (and some German), where Katrin has the role both as Clara and the storyteller.

And even after two years she is still playing it. As she admits, this was a terrific opportunity to show her full potential in Denmark, and her performance received excellent reviews.

Although she is not well known in Denmark yet, many spectators approached her and congratulated her on her performance and the play, a positive response, which really pleases and encourages her.

Differences between acting on stage and on TV
Having more than 20 years of experience as an actress, Katrin has performed in all types of platforms and in very versatile roles. When asked about the main differences between performing for a TV show or on stage, she explained:

“In theatre you have more time to build up your character, with typically at least six weeks for preparations. By contrast, the fast-paced rhythm of a series does not leave much time to prepare, so often you don’t have the chance to show what you want to show.”

Another significant difference is that a TV show goes through an editing process and isn’t sent live, whereas in the theatre the actors get to present their full performance without any cuts, and are in direct contact with the audience.

Katrin’s latest contribution in the film industry is a small role in the Danish movie “Tordenskiold”, from director Henrik Ruben Genz. “It was very exciting to work with such a passionate and clever filmmaker,” she recalls with a smile. Katrin finds her Danish fellow actors very professional and authentic. “Danish actors act in a very natural way and they really go deep into their roles.”

Danish series are high quality
Katrin finds there is a difference in the quality of Danish TV series compared to German ones, and she actually thinks the quality here is better.

“In Germany, the way of filming series is more staged and old-fashioned. You hear the uplifting music on the background, all the characters have nice outfits, and everything is more fake and superficial. In Danish TV shows, on the other hand, you don’t see your peers as actors who are doing their part. It all comes very natural: from their makeup to their hairstyle.”

Not easy to get cast in Danish roles as a foreigner
As an actress, Katrin is always pursuing thrilling and challenging roles. She likes playing characters that are completely different from who she is, like a criminal or a psycho, but she also enjoys it when she can relate to a character from her own experience, as is the case with Clara Schumann.

Katrin admits that it has been difficult to get cast in Danish roles. She still receives more offers in English than in Danish, even though her praised performance as Clara Schumann is only in Danish. “It is hard to find Danes who have the courage to say: ‘we know you are German but we still believe you can do it’.”

She misses playing more demanding roles and she hopes to get the chance to do so in the future. Meanwhile, she is keeping busy and has embarked on several different projects.

“It is important to be open to new possibilities and not just stay at home and wait for a part,” she explains. Katrin does audiobooks in German from bestsellers all around the world, as well as coaching for the operas the ‘Magic Flute’ and ‘Lulu’ as they are sung in German.

A new set of priorities
As time goes by, Katrin realises that she is now more selective about what kind of roles she is interested in playing. “When I was younger, I was more focused on doing more things quickly instead of doing less, more precisely. But now I pay more attention to how I perform and I am more focused on playing only high-quality roles.”

And she also admits that it is different once you have a family. “As a mother, my family comes first, so I can’t just leave and expect everybody else to take care of things. I am, of course, willing to travel to another country for a great project, but it has to be something that I see as a step ahead in my career.”

She pauses for a second and concludes: “My motto is to try to to do my best in what I do and take the necessary time for it, in order to achieve the highest quality possible.”