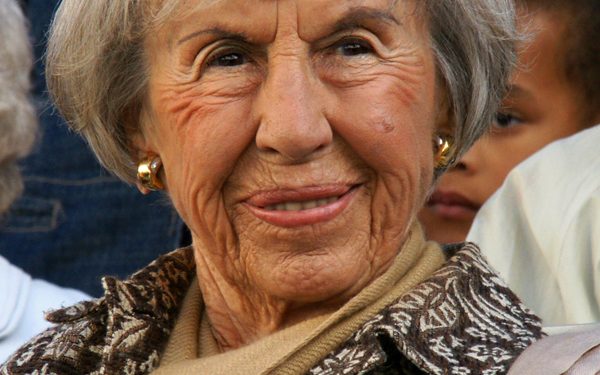 Aged 105, she had lived a full life and was a household name in most Danish families – she passed away on 1 January.

If you venture to learn Danish, you will undoubtedly at some point be encouraged to watch the iconic TV- series, Matador, created in the 1970s, for which Lise Nørgaard (one of the script writers) became famous.

To many Danes she is even synonym with the tv series.

Matador describes life in Denmark and the many changes of the society in the period 1929 to 1947, a period when great changes took place also regarding women’s place in the society.

Born in 1917 in Roskilde she wanted to become a journalist and managed to get a position with Roskilde Dagblad, later she came to Politiken, but she also worked for Berlingske and a range of magazines such as Hjemmet.

It was not easy to be a woman in the world of journalism at the time and she has written two autobiographic books about her experiences and fight for recognition.


Especially her book about her childhood, Kun en pige (Only a girl), from 1992 became a bestseller and was later adapted to a feature film in 1995.

Her interest in and many articles about equal rights and women’s rights became an important subject in all her writing, even becoming a role model for other female journalists.

She portrayed Danish cultural life in a humorous way even if always with a critical eye and she was never afraid of voicing her opinion on aspects she found in need of change.

She said in many interviews that she believes everyone has the duty to speak out and make their voice heard, to at least try to influence change by taking part in the debate.

She remained curious about life, always staying up to date with news and events, even at the very end she retained her hunger to know what would happen next.


She died after a short period of illness at the elderly care centre where she had been living for some years.

During the next week until her funeral on 14 January, her name will appear frequently not only in the media but also amongst Danish friends and work colleagues.

Not to miss if you want to understand the transition of Danish society in the mid-20thcentury:

MATADOR – about life in the provincial even if fictional town of Korsbæk south of Copenhagen.

And if you want to walk through a typical Danish provincial town visit Korsbæk at the amusement park Bakken and have a Danish pastry at the bakery or lunch in the restaurant. All of which has been recreated to look just like in the TV-series, which is the most successful Danish TV series to date.