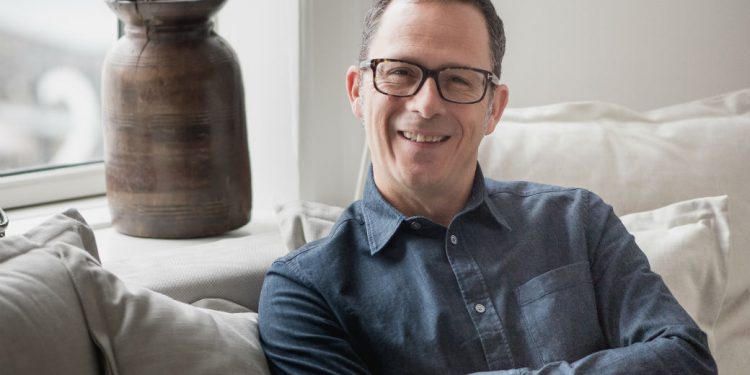 What to do if you are living in an area where no-one celebrates Halloween? A “stay at home” dad found the solution. Find out how in our interview here, where Aitor Rubio Latorre shares his experiences in the less typical role as a male accompanying spouse in Denmark.

He moved to Copenhagen with his wife and two young children three years ago. As his Spanish wife used to live in the U.S.  she really wanted to give their children the experience of the Halloween trick or-treat tradition.

“In the area of Copenhagen where we live, the Halloween tradition of trick-or-treating is not celebrated at all.  So, a day before Halloween, my wife and I went around our apartment building, and the one next to us, knocking on doors, asking people if they would open when we came knocking on their door next day with our sons. We even bought the candy they could hand out and gave it to them. Most people were surprisingly cooperative, and our sons had a great time all dressed up and walking around (with my wife and me in the background) singing the trick-or-treat song,” he explains about his solution to getting Danes to understand other cultures’ traditions.

Moving to Denmark has been a huge transition for the family. In Spain, they had a daily housekeeper, who came in to help with the home and the children. To have help when both parents have demanding careers and work until late in the evening is more common than in Denmark.

Here they have less help, and since they are far from their nearest family, with two sons, aged six and three, there is plenty to do as a stay-at-home dad.

The move has brought us closer together and, especially for me, I find it wonderful to have time with my sons. Being the stay-at-home dad and primary person responsible for the children and the household, has given me a completely different perspective of my own mother. She raised four children alone – without any help from my father – and at the same time, she was also working. Looking back, that was quite an achievement, and I think we all turned out all right. I like to think that it is important today that men take their responsibility as a father – at least by 50 percent.”

Coming from a Mediterranean society, Aitor and his wife are both Spanish, and these are still more traditional societies in terms of gender roles. However, despite some reluctance amongst family and friends, most have been supportive of the decision.

Perhaps the move to a Nordic country has made it easier as well. Even though 80 percent of accompanying partners are still women, following the man’s job and career, this trend is changing in Copenhagen with more accompanying male spouses.

“I think that is a really good thing,” he says. Aitor has found (a few) like-minded men.“It certainly has been easier to move to Denmark than it would have been to move to France or Italy.”

The Nordic emphasis on work-life balance for both sexes has meant that he has met with only positive comments, and he finds a lot of helpfulness here.

Exuding that special Latin charm, Aitor might have an advantage in Denmark. However, he also firmly believes that as an expat, you have to make that proverbial first move and not expect too much in return.

“When we moved into this apartment, I went around and knocked at all our neighbours’ doors introducing our family and inviting them to a Spanish-style brunch. This opened a lot of doors and we greet all our neighbours by first name today, even if we do not necessarily socialise as much, or in the same way, as we would in Spain. Nevertheless, our downstairs Danish neighbours have become good friends and they help us, among many things, to translate the Danish letters we receive from public institutions. Their son of 12 even comes twice a week to help me learn Danish. According to his mother, it is a real win-win as it is good practice for him to have a small job with responsibilities – and for me it is great to be able to use my Danish, something which it is otherwise difficult to do.”

Aitor has found, as many expats have, that when you do not have a Danish workplace, speaking Danish outside of language school is difficult to get the chance to do.

“Danes often switch to English, as it becomes too difficult and time-consuming to understand my Danish pronunciation,” Aitor explains about his experience.  “Such a hard language to learn— even if I speak Spanish, French and English. Danish is phonetically so difficult, so I am really grateful to my neighbours for helping me in this way.”

Being a “stay at home” dad, he says, has also brought on a completely new set of skills he is surprised to find he is quite good at.

“Logistics, time management, and negotiation skills are my new add-ons to my CV. Dealing with children requires good wheeling and dealing skills. I think I should get a job as a negotiator in my next life,” he says, laughing about what his Danish life has taught him so far.

After the first years in Denmark, the family is well settled in. He takes his eldest son to the international school in the morning, and his wife brings their youngest son to a Danish børnehave on her way to work.

Despite the Danish work-life balance, his wife has a demanding day at work and only gets out late in the afternoon. Aitor is the one who picks up both children in the afternoon, something many accompanying spouses can recognize as quite time consuming.

The international school is not right around the corner and Aitor spends about two hours every day just bringing and fetching the children to and from school, the family has invested in a cargo bike to move around with in Copenhagen.

In the beginning his children were quite excited and found it great that dad was coming to pick them up.

“Now they take me more for granted and it is the other way around. When their mother can pick them up, she gets a ‘Yeah! It is mummy coming to school today'”.

But he finds that okay, as he had them late in life, and he always wanted to play an active part in raising his kids.

“I knew that it was going to be a challenge to continue my former professional career here and that I would have to put my career in Spain on hold. I took instead the leading role in handling the children and settling us all in. It humbles you in a way, and I am not afraid to say that I am here following my wife. Everything is a balance, and this is a great opportunity not only for her career but also for the whole family.”

Part of their agreement once they were settled in was that he should have some time to find out what he would like to do career and job-wise in Denmark.

“We decided to get some help with the house so that I can also have some time for myself and find out which career options I might pursue in Denmark,” he explains when questioned about his housekeeping skills.

However, he has become quite good at using the washing machine and doing other chores around the house, he assures during the interview, laughing. He is particularly proud of his improved cooking skills.

It has been a move of love and belief he explains about his decision to give up his career in Madrid to become an accompanying spouse. His wife received an offer from the Copenhagen-based UN agency UNHCR, one of those career opportunities difficult to refuse.

Aitor’s background is in law and he has worked mainly within education. In Madrid, he was program manager of the Fulbright Scholarship Program.

“This job could not be moved to Copenhagen, so I had to give it up. I love my wife and I believe she is very good at what she does, and that she will go far and be extremely successful. I want to be there for her and to support her in her career. I would not mind working with education again, however, now, this is not my main priority. The family really is, and therefore being able to combine an interesting job activity with that is important for me – but also for my family.”

This interview was first published in October 2018, since then, after three years in Copenhagen and with now older children, Aitor decided to go back to work and is currently working at the UN as well with partnerships and business development at UNDP/JPOSC.