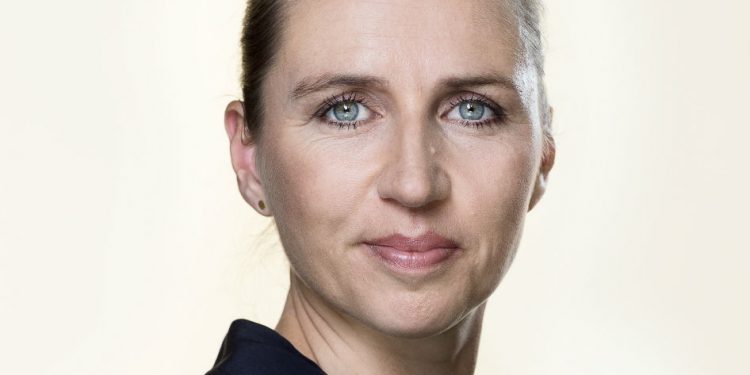 Mette Frederisken became member of the Danish Parliament in 2001 when she was just 24 years old. Picture. Steen Brogaard PR

Report from press meeting with main points and topics covered to halt the rise in spread.

Danish Prime Minister, Mette Frederiksen, was flanked by her minister for health as well as the head of the Danish Police and a range of heads of different health authorities.

The Prime Minister wanted to underline that Denmark got through the outbreak COVID-19 in the spring in a good way and that the present situation is completely different because the vast testing system enables a much better tracking of those infected, which enables self-isolation and containment of spread.

“The present rise in spread is not surprising as it was expected that the autumn and winter season would see a “revival” of the virus, however, the past weeks’ steep rise in spread over a relatively short period of time have been a surprise,” Mette Frederiksen said.


Therefore the authorities have decided to expand a rang of the measures presented in Copenhagen on Monday to the whole country as well as adding a couple of extra measures.

This is because spread is now seen in many parts of the country and containing it to the Copenhagen area and therefore implementing new measures only here is not evaluated as the right path to take.

“We need to get spread down, we are not where we were in March 2020, but we want to avoid getting there again and we do not want to close down our society as we did in the spring,” Mette Frederiksen said.

Mette Frederiksen also wanted to underline that she often hears people say that they do not think it is a dangerous disease but this is not true she said, some of those who became ill with the virus have experienced a range of side effects after the disease and young people can infect older, which is why the young adults need to understand that they play an important role in reducing spread.


The new measures(see below) are to be in place from 19 September until the 4 October when they will be evaluated again considering the level of spread and how it has developed:

Bars, restaurants, and cafes all over the country are to close at 22:00 and guests and staff are to wear facemasks when not seated

The right to gather is reduced to 50 all over the country and not only in the Copenhagen area, only seated events can continue with up to 500 people

See fewer people, reduce your social interaction with other people outside of your family, how many the government will not issue recommendations about but will leave it to peoples’ good sense to evaluate in each family

In all health institutions and old age homes patients, guests and staff are to wear facemasks or vizirs. This means you now have to wear a facemask when going to your GP for instance.


Mette Frederiksen said that she would like to encourage all to limit their social visits, limit the amount of people they see.

“We will not give a specific number; each family must find their own roadmap, but one good advice is to use your good sense. The main aim is to have us all limit our social activities, see fewer people as now we must reduce spread and stop the chains of infection.”

She also said that she will do everything to avoid closing the society again and that she knows these new measures have large consequences for all but she appealed to all residents that the measures are taken to make a difference in rise in spread and still keep daily life as normal as possible and to keep our schools and universities open.


The level of hospitalisation in Denmark is still low with 54 in hospital of which only 3 are in intensive care and 1 in a ventilator, this fact made a range of the present press representatives question the need for the rather drastic new measures.

After the press meeting, Danish Radio DR 1 interviewed a leading virus researcher from Aarhus University Hospital, Lars Østergaard, about the new measures and main messages of the meeting.

One of the questions they asked him was if Danish residents now need to be more afraid of getting infected compared to the situation in the spring.

“No,” he said. “The risk is not bigger now, it actually was bigger in the spring as at the time we did not have massive testing, there were few tests in the spring and therefore many were infected without knowing they were, which again meant that the risk of being infected by someone who did not know they were ill was higher.

Now the testing system is so massive ( Editor’s note: Denmark is one of the countries which test most for coronavirus when measured per capita) together with a well-functioning tracking of those infected so they can self-isolate. This reduces the risk. “

Questioned as to why the measures are taken now in view of the difference in the two situations, he said that:

“It is clear that the Danish Prime Minister does not want to have the virus in Denmark, she does not want anyone to have to die of the virus in this country if it can be avoided, which she also said at the press meeting.  Therefore the more drastic short term measures aim to quickly reduce spread and thus contain the virus again to much lower levels of infection.  Whether or not this will be the case will only be seen in a week or two as measures take time before they have an effect on spread.”

The focus of the health authorities, with particularly the measure of reducing the right to gather from 100 to 50, are the so-called super spreading events, when one event with many people leads to many new infections.

The Danish Health Minister quoted a cultural event in North Jutland and a large party in Ishøj south of Copenhagen as events which had been at the base of new large scaled spread amongst guests which again had spread to other parts of the Danish society.


According to Søren Brostrøm, Director of the Danish Health Board, the impact of super spreading events is well documented in virus and epidemiologic experience and history, therefore it makes good sense to focus on avoiding such events and reducing the amount of people allowed to gather.

“When people stand close together indoors with load music this leads them to talk loudly, even to shout, such situations lead to more spread compared to when people are further apart and outdoors, or when they are sitting down with distance between them”, he said.


The head of Danish Police present at the press meeting said that the police will again reinforce their presence in the public sphere in order to help ensure that the new measures are respected all over the country.

The right to gather set at 50 people can only be enforced by the police in public places, whereas parties and gatherings in private homes cannot be controlled by the police and they can only interfere if for instance neighbours have called the police to complain about noise, then they have the right to enter a private home to enforce the respect of law and order.

This is why Danish Prime Minister Mette Frederiksen underlined at the press meeting that she hopes Danish residents will accept and respect the new recommendations to meet with fewer people and to socialise less.