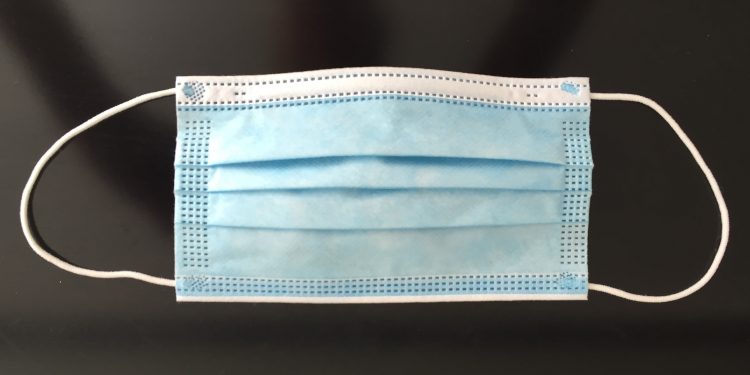 Facemasks mandatory in bars, restaurants and cafes etc until 1 October in 17 municipalities in the greater Copenhagen area

Until 1 October more measures in the 17 municipalities that need to halt the rise in spread asap were presented today.

The Danish authorities were present in large number at today’s press meeting to underline the seriousness of the situation in the greater Copenhagen area where the rise in spread continues to create worries.

The numbers of daily infected are stable, but the authorities find them too high, which is why they need to see them go down, to see a break on the curve, before they can relax measures again.

The number of hospitalisations have risen, even if they are still low, a total of 55 are in hospital, 24 in Region Hovedstaden and 12 in Region Nordjylland.

The rise in spread worries the public authorities so much that they have decided to limit access to nightlife activities until the 1 October in the greater Copenhagen area.


This area comprises the municipalities which have seen a steep rise in spread (such as Copenhagen City, Vallensbæk, Ishøj, Hvidovre etc)but also the general suburbs around Copenhagen, as young people live and study in a larger circle around the city.

Questioned about “if there was evidence as to where the new infections have taken place, were they in bars and restaurants?”, the authorities said that this was not the case, i.e. there was not sufficient evidence, however, it is believed that limiting access to bars, restaurants and cafés will help reduce the contact points of young adults and thus limit spread.
Young adults typically have a wide network and thus potentially can spread the virus to many people.

The new measure of a mandatory curfew at 22:00 will make it more difficult to meet at a bar as they typically see guests arrive late, whereas restaurants and cafés will still be able to serve meals until 22;00, however, as clients are requested to wear masks until they are seated, this will help limit contact points as well.

The measure will remain in place until 1 October, at which point the authorities will evaluate it based on whether the daily rise in infection numbers in the Copenhagen area has gone down.

Kaare Mølbaak from the Danish Institute of Infectious Diseases, SSI, said that the reason for taking this measure in the Copenhagen area was based on the current situation in several other Europeans cities, where the rise in spread is more spread out and thus more difficult to track, here hospitals are coming under increased pressure with more hospitalisations, such as is the case in French million city Marseilles.

In order to avoid such an occurrence in Copenhagen, the only million city in Denmark, the authorities have decided to halt the rise in spread with these drastic measures, hoping that the measures will only be needed for a shorter period of time.

Mandatory signs at the entrance to restaurants, cafés, and bars etc. about the maximum number of people allowed to be in them, this in order to help the police check and enforce the limitation on numbers present at such venues in general.

The police will maintain a particular focus on hotspots were young people gather and will enforce restrictions locally when necessary such as the right to pass through an area but the restriction of staying put in it (the so-called opholdsforbud in Danish).

Questioned about whether this is the beginning of the second wave the authorities underlined that it could instead be seen as the next phase of the first wave as during the confinement the virus was limited in its possibility of spreading but now as society has opened again it can. It will be a dance with the virus until a vaccine or better treatment is available.


In 17 municipalities in the greater Copenhagen area the following measures apply from 17 September until 1 October:

All outlets such as bars, restaurants, cafés etc must close at 22:00- this also includes any private party taking place in a public place or in a restaurant or other venue

Facemasks are mandatory to wear when entering or moving around in a café, bar, restaurant etc, only when seated can it be taken off. This applies also to private events in a public outlet.

Sports events can host maximum 500 people – no matter the size of the venue.