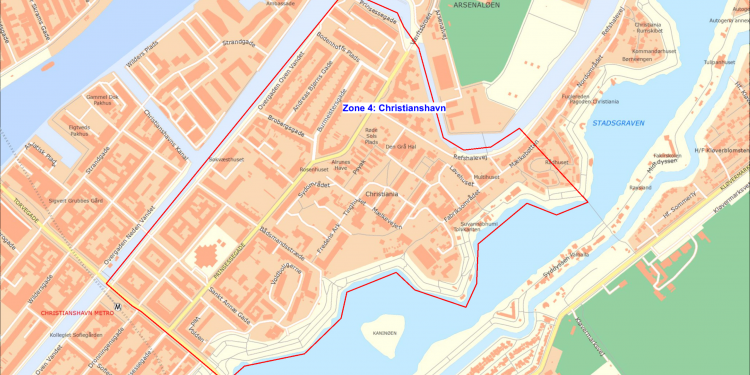 Christiania is one of the areas in Zone 4, located next to Christianshavn. Picture: Kbh police

The escalating violence in connection with the demonstrations held by Rasmus Paludan, an extremist right-wing agitator and founder of the right-wing party, Stram Kurs, has forced the Copenhagen police to take stronger measures to halt the violence.

New measures have been taken by the Copenhagen police to halt unrests.

In a press release issued Monday 16 April, the Copenhagen police informed the citizens of new law enforcement measures taken to reinstall peace and order after the past days’ violent unrest, which started Sunday around Blågaards Plads in the Nørrebro district, and continued Monday also in other areas of the city.

So called “aggravated penalty zones” (in Danish skærpet strafzone) have been implemented starting
Monday afternoon the 15 April lasting until the 23 April in the areas of unrest.

In the four zones this means that the penalty for criminal offences related to rioting can be increased, up to double as much as what would have been the normal penalty for the crime in question.

It is our opinion that an extraordinary crime picture has emerged in several parts of the Copenhagen Police District, which significantly creates insecurity for residents and others who move in or around the affected areas. As a police authority, one of our most important tasks is to ensure order, security and safety for the citizens, which is why we are introducing the aggravated penalty zones,”says chief police inspector Jørgen Bergen Skov.

Furthermore, the Copenhagen police has informed Stram Kurs that the police cannot assure peace and order in connection with announced demonstrations on Blågårds Plads on Tuesday 16 April, and therefore the demonstrations have been cancelled until Wednesday 17 April.

In the press releas the police underlined that:

”It is our evaluation that the demonstrations announced (Editor’s note: in one the four areas now designated as aggravated penalty zones) will constitute a danger to the public peace, and we find that there is an increased risk of more criminal acts in the form of street fires, vandalism and violence against the police.”

In Denmark the right to demonstrate is ensured in the Danish constitution, Grundloven, and the Danish police is battling the challenge of maintaining law and order, while at the same time protecting the right to voice your opinion, even the most controversial one.

Therefore, the decision to cancel the announced demonstration has been taken while trying to convince the party, Stram Kurs, to find areas outside the four zones in which to demonstrate. The cancellation, or postponement of the demonstration, runs for 24 hours until Wednesday the 17 April at 12:00.

These are the four zones where the penalty for a criminal offence connected with rioting has been doubled: 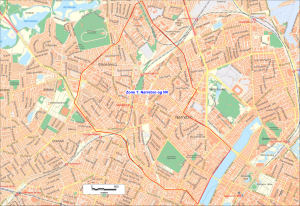 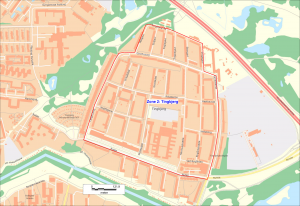 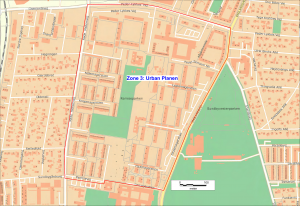 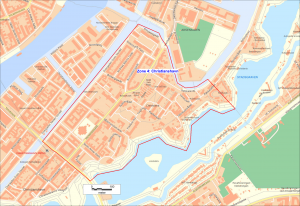