None of the traditional New Year Levees will take place 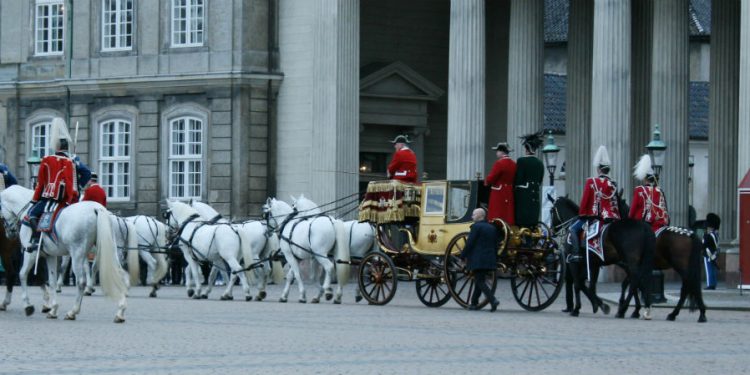 If you had hoped to enjoy the sight of beautiful horses, carriages and magnificent old style uniforms, you will be sadly disappointed. As a consequence of the spread of COVID-19 in Denmark, the Queen has decided to cancel all of the New Year’s official festivities.

Traditionally, the banquet for the Danish Government, the Speaker of the Danish Parliament, representatives of official Denmark and the Court take place on the 1 January 2022. This has been cancelled the Royal House announced in a press release.

The subsequent New Year’s levees for the Danish Supreme Court, the Officer Corps of Royal Life Guards and the Guard Hussar Regiment, the diplomatic corps, the Defence, the Danish Emergency Management Agency, the I., II. and III. ranking classes and representatives of large national organizations and royal patronages, which were supposed to have taken place on 4 and 5 January, are cancelled.

During The Queen’s reign, the tradition-rich New Year’s celebration in the Royal Danish House has been cancelled only two times before.

In 2005 as a consequence of the tsunami in Southeast Asia at Christmastime in 2004 and in  again in 2021 also due to the epidemic.

From New Year’s Day and one week onwards, there will be an opportunity to send a digital New Year’s greeting to The Queen via the Royal Danish House’s website www.kongehuset.dk., the royal house informs in the press release.

You can read more about the traditional New Year Speech here.