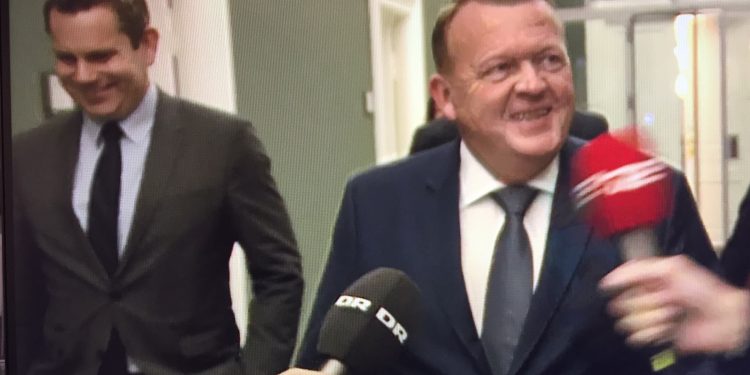 A hot potato, as the Danes would say (en varm kartoffel), meaning a difficult and much contested topic, was what Lars Løkke Rasmussen promised he would once again try to resolve.

It is an agenda, which was addressed already two weeks ago by the Confederation of Danish Industry at their annual congress, an event attended by the Danish Prime Minister present as well as opposition leader Mette Frederiksen.

Better access to the foreign labour needed, without too much hassle to get them, was the main topic. Danish businesses are increasingly lacking not only highly skilled specialised employees, but also skilled craftsmen such as cooks, carpenters, electricians and plumbers amongst other.

The Danish employment level is at its highest level ever with 2.7 million wage earners and, according to the confederation, the greatest threat to continued economic growth in Denmark will be the lack of skilled labour.

At the congress, confederation CEO Karsten Dybvad said in his opening speech that 40 percent of the confederations member companies had looked in vain for a new employee and that 10 percent had had to decline a new order due to a lack of skilled labour.

He also stressed the need to separate the ongoing discussion about foreigners in Denmark in two. One as the need to integrate refugees and asylum seekers, and the other, the need for skilled foreign labour.

” we do not solve Denmark’s integration problems by shutting the door to qualified foreign employees,” and that Denmark,” is in an intensive competition with other developed countries, such as our neighbours Sweden and Germany, to attract them. “

It seems that the Prime Minister heard the message and he said to the assembled parliament members today that he will present tomorrow a new suggestion on how to make it easier for skilled labour outside of the EU to move to Denmark for jobs.

He also referred to the fact that it is a majority of the opposition parties, including Dansk Folkeparti, who had voted for restrictions to limit access to foreign skilled labour from non-EU countries.

“Denmark should remain open to skilled foreign talent and it is serious when Danish businesses cannot get the employees they need,” he said.

He explained that he wants to make the rules and regulations simpler, and especially to make it easier for foreign nationals from countries Denmark already has a close relationships with, such as the US, Canada, Singapore and Japan to move to Denmark, he added in his speech.

Prime Minister Lars Løkke Rasmussen also said that he has sought support for the government’s plan within arbejdsmarkedets parter, which in Danish terms means both the Confederation of Danish Industry and also the trade unions and other labour force representatives.

“Talented foreign labour does not threaten the Danish society and its coherence, instead they contribute positively to our society’s development  also from an economic perspective,” Lars Løkke Rasmusen underlined.

The government will face fierce opposition from not only their normal coalition partner Dansk Folkeparti, but also from the largest opposition party Socialdemokratiet, whose leader Metter Frederiksen is against any talk of importing foreign labour from for instance Asia or Africa.

In her speech at the congress of the Confederation of Danish Industry, as well as to Danish Radio in an interview after the opening of Folketinget today, she said that she believes in doing three things to help the labour shortage: upgrading the qualifications of young Danes, who are unskilled, getting the many women of non-western background, who are not working, to become active on the Danish labour market, as well as recruiting more EU nationals from countries within the EU with high unemployment rates.

Lars Løkke Rasmussen has lost this battle before, but with the focus of the Confederation of Danish Industry on the issue, he may just have a few more cards to play this autumn.

It is certainly an issue he will want to resolve prior to the next general election.