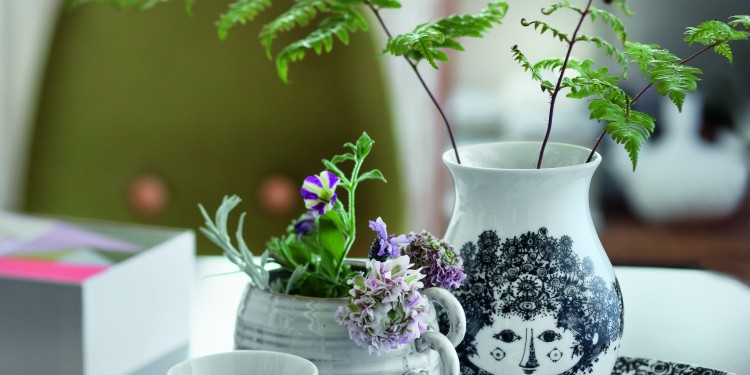 As an interior designer, I am always on the lookout for new trends within home decoration. What are the colours, materials and fabrics that will dominate; what influences the design development of home shopping brands?

One of the trends I’ve found really fascinating in recent years, in Denmark, has been the revival of iconic brands and manufacturers.

They were an essential part of my parent’s and grandparents´ homes, but for one reason or another disappeared and (almost) got left out of my own.

Under the influence of the retro trend, with its focus on the 50s and 60s, namely two Danish brands have made a miraculous rise from the ashes.

One of them, Kähler design, has been riding the wave of the US-originated Slow Luxury trend, where the focus is on slow artistic production methods, and the other, Bjørn Wiinblad, on the interest of more colours and naturalistic designs.

Kähler’s history dates back to the middle of the 19th century in Næstved, a medium-sized town 80 kilometres southwest of Copenhagen. Here, German-born Herman Kähler opened a small ceramics workshop in 1839; during the 20th century Kähler was to become a renowned international brand. 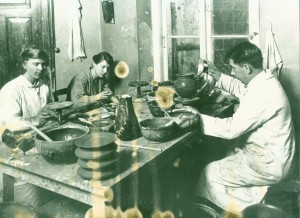 The rights to the brand name were sold to the company Holmegaard in 2007.

When Holmegaard went bankrupt in 2008 and was eventually sold to Rosendahl (a large producer of home and kitchen wares with many brands in its portfolio), the Danish architect Franz Longhi took over the Kähler brand.

“I could not bear the thought that an iconic old Danish brand such as Kähler would disappear,” Longhi later explained as his reasoning for taking over Kähler. 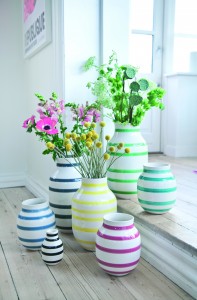 If you are looking for a Danish vase with a history, the blue striped Kähler vase is worth taking a closer look at or maybe one of the new modern colours.

Since 2008, the company has been working hard on relaunching its brand, combining tradition with new trends.

If you are looking for a Danish vase with a history, the blue striped Kähler vase is worth taking a closer look at.

In 2014, the vase was launched in a limited edition with stripes of copper, in celebration of the brand’s 175 years.

It was sold out immediately and demonstrates well that Kähler has managed to capture a younger generation interested in design, later other variation have been launched, for instance one with silver stripes.

Kähler has bought back the original old production site still in existence in Næstved and has plans to start production; however, to date, only the designs are made there, with production taking place in Portugal and China.

Bjørn Wiinblad loved women: wild, fascinating ones, so much that many of his designs focus on them.

He was a Danish painter and ceramic artist who became internationally known.

Masterpieces of his work can be found at the Victoria and Albert Museum in London as well as the Museum of Modern Art in New York.

Not a very Danish style, some would claim, with his designs dominated by wavy lines, bright colours, elegant doodles and buxom shapes.

He taught himself a variety of ceramic techniques, and from there, he expanded his vigorous talent for creation, and delight in art, to encompass a variety of platforms: tapestries, furnishing designs for hotels, grill tables, cutlery, porcelain and matching glassware, fabrics, posters and more. 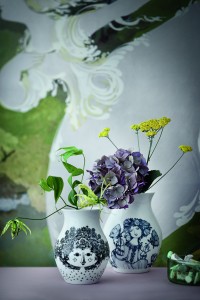 In Denmark, you can visit his home and atelier at the Blue House in Lyngby, north of Copenhagen, or find his works at the Design Museum in Copenhagen.

He died in 2006 at the age of 86. Ironically, in the 60s and 70s, his statues, vases and plates could be found in almost every Danish home, only to come out of fashion and hidden away in later years.

Today, you can find these old works in vintage shops or at flea markets, where members of a younger generation pay high prices to get hold of their mothers’ and grandmothers’ old pieces.

In 2014, Rosendahl Design Group relaunched his designs in new and updated formats, focusing on the faces of the women he so loved: Rosalind, Felicia and Rosamunde, in a rich spectrum of colours popular today, such as dark red and dark blue. Colours are one of the design trends we expect  to see more of in both 2015 and 2016.

Visit the Bjørn Wiinblad workshop and shop and book a guide tour of the Blue House in Lyngby. Read more here