Severe risk of flooding in southern parts of Denmark 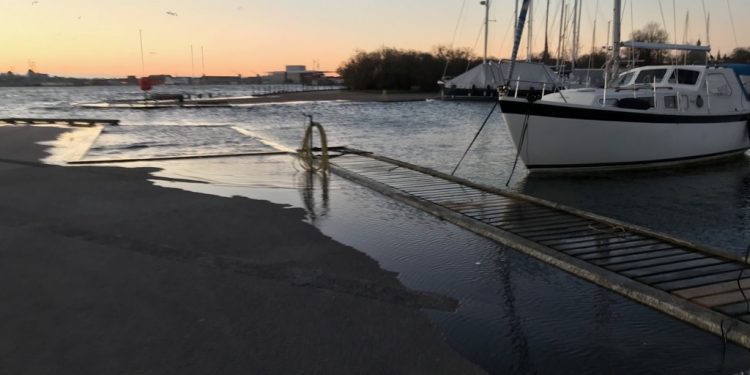 DMI has issued the highest warning, a category 3 warning, with between 1,4 and 1,65 meters above normal water levels. The warning runs from the morning until the late evening of 2 January when flood levels are expected to have topped.

The Danish term for severe flooding is called stormflod and the warning has been issued for Lillebælt, the South Funen Seas, Lolland-Falster and Smålandsfarvandet as can be seen on the picture below.

According to DMI the expected water levels are far from normal, they are what is called a 20-year incident, or something which only occurs five times in a century.

The Danish Emergency Management Agency has issued a warning in English via Twitter: Risk of flooding in parts of the country today, particularly in the southern regions. Info from the meteorologists at @dmidk (in Danish). Stay safe in affected areas and follow instructions from local authorities.

In general the public is requested to stay safely away from affected coastlines and areas at risk of flooding. 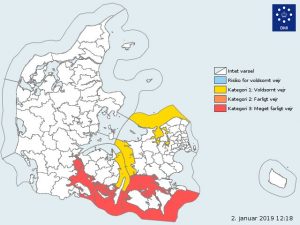 Picture. DMI warning of areas at risk of flooding.