The Danish Model for more women in management has failed 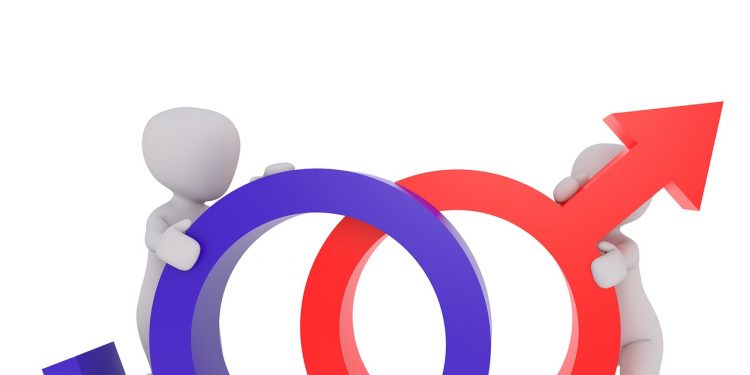 Your Danish Life has been given permission to translate and bring the comment written by Finans.dk’s Editor in Chief, Steen Rosenbak, concerning the under-representation of women at management level within the corporate world in Denmark.

In 2018, Denmark can celebrate the five-year anniversary of the Danish model for more women in management; it is also the year when the model is to be evaluated.

What is the model? Not quotas – there is no majority vote for them in the Danish Parliament and the corporate partners in Denmark are against interference by the politicians. Instead, in 2013, legislation was passed where 1,100 of the largest Danish businesses were to set goals for reaching a better representation of women within management, present plans for reaching them, and explain why they may not have been reached.

We bring here an extract of the main points of the comment.

The Danish Model for more women in management has failed

The gender battle. Five years after the implementation by law of the Danish Model, women are still strongly underrepresented at the top of the Danish business world, and an immediate change of that situation is not in sight. Unfortunately, the solution lies with the “old boys’ network.

Five years after the implementation by parliament of the Danish model it is to be evaluated. And we can already now ascertain that more time has been spent explaining the mission (of the model) than defending it.

If you are to believe the business association and lobby organisation, Dansk Industri (DI), good progress is being made of promoting women within management. It has to be added to the picture that DI is totally against gender quotas or any other such legal measure, so the association has a certain interest in promoting a picture, which will prevent that new legal measures are taken by the government.

So when DI earlier this week (in November 2017) promoted the fact that in five years, the number of women on Danish corporate boards had increased by 70 percent, this is, as far as is known, a fact. However, seen from here (Finans.dk), we have to do with something as rare as a 70 percent increase, which in reality is equal to a moderate fiasco.

It covers the fact that the percentage of women represented on corporate boards had increased from a meagre 10 percent to a bare 17 percent.

In the big corporate businesses listed on the stock exchange there are more foreign men on their corporate boards, than women of any nationality.

Even worse are the figures from the breading nests from which female corporate board members should be hatched: Women occupy only one in ten of top management positions.

Furthermore, when the international head-hunter, Egon Zender, published their latest report on the improvement of the gender equality project within top management, Denmark took a position as number 17 out of 41 countries.

Even here we are fare behind the top of the class countries such as Italy, France and Belgium, who have much stronger growth rates for female representation, compared to the growth rates within the Danish business community.

In Italy, the part of women on corporate boards has grown from 8 percent to 33 percent is just four years, Egon Zender concludes. So it is possible to make even giant leaps of change in a very short time.

We have in Denmark sought comfort in the idea that change will come. Give it time, for women are doing splendidly at the universities. But it is a myth that that development can alleviate the lack of women in management.

The educations, which typically lead to a top management position, are still dominated by 70 percent men.

To a wide extent, women choose other career paths, and excel as doctors, lawyers, specialists and entrepreneurs. This does not solve the management problem.

And it seemingly also does not solve the gender based payment gap. Cleansed for differences in educational level and management responsibility that gap is still 6 percent in men’s favour – meaning that the average woman works for free from the 10th of December until the end of the year.

For obvious reasons this is a problem for women. But is it also a problem, for the corporate and business world, that the glass ceiling is so impenetrable?

Yes, replies the think-tank Peterson Institute. In 2016, it published a large study of the correlation between a business’s results and the gender representation at top management level. In the study, 21,000 stock listed companies from 91 countries participated.

The conclusion was not that women make better top managers than men. Instead, it was that companies, with a mix of the two genders within top management, performed better. However, the research did not find a correlation between gender quotas and performance.

So, there is no way around it. The responsibility for running a business lies best with the board of directors and its executive committee.

And in general businesses perform better with a much larger representation of women at management level than we in Denmark are able to develop.

So dear old boys’ network. Acknowledge your blind spot. We are now in 2017 (the comment was written in November 2017) and you have to do that thinking out of the box much better when you hire and promote.

Do something about the problem now, or live with those hated gender quotas. If nothing changes, they are bound to come.

Read also our article about how Crown Princess Mary is a strong advocate for women’s rights.