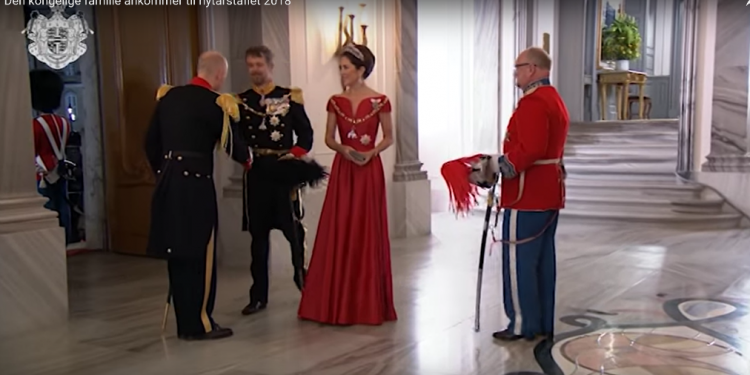 The Danish royal family does not posses a huge fortune – even if they look rich with their castles, classy cars and amazing jewellery.

Unlike other royal families in Europe, the Danish royals aren’t rich as such. Their main source of income is the appanage (royal provisions) granted by the Danish Parliament every year as part of the state budget.

The direct royal provisions amount to DKK 82 million and is an amount set to finance their direct yearly expenses, of which a very large part is pay for their employees.

The royals also have to pay inheritance tax and property tax, but get their paid VAT back from the state, so their cars for instance are cheaper to buy compared to your regular Danish citizens’, or other goods and services they purchase

Their main residences are owned by the state, and run by the Agency for Palaces and Cultural Properties (Styrelsen for Slotte og Kulturejendomme), who put them at the disposal of the reigning monarch.

The only exceptions are the three residences that belong to the Queen as her personal properties; Marselisborg Slot, Château de Caix in France, and the royal hunting lodge in Jutland at Trend.

The costs of running these properties must be financed through their royal provisions.

The State-owned castles occupied by the Queen and other members of the Royal Family as their private living quarters and for representation are; Amalienborg, Fredensborg, Gråsten, and the hunting lodge Eremitage Slottet.

The actual Christiansborg Castle was never used for living quarters. Instead, the apartments, designed as royal living quarters, are used by Statsministeriet, the Prime Minister’s Office.

Only the Royal Reception Rooms are used by the Queen for state visits and official matters. They are open to the public when not in use by the Queen.

The inside of the castles, where they are “tenants”, the Royal Households have to maintain themselves, but all exterior and major renovations are undertaken by the State.

A few years ago, the palace at Amalienborg used by the Queen had the roof changed. On the Agency’s website the renovation works are estimated to have cost DKK 35 million.

At the moment, the entire state owned inventory, almost 60,000 items, used by the Queen to furnish the castles is being registered electronically.

Everything is transferred to a computer-based register from old lists of items from teaspoons to paintings and carpets.

The inventory used by the royal households to furnish their residences can be either private, owned by the state, or part of the Kongelige Danske Løsørefideikommis.

For instance, the Crown Prince Silver, used by the actual Crown Prince Couple, Frederik and Mary, also comes from the fund and has been put at their disposal by the Queen.

Heirlooms in this fund are not subject to inheritance tax, which the royals otherwise have to pay, instead the items in the fund can be used freely by the monarch and family members.

Of course, they also cannot be sold to cover expenses.

Sources: Kongehuset.dk, and interview with a former Royal Steward.

Why are the Danes so crazy about their monarchy? Find out more in our article here.