“They asked me to bring along the most well-designed object I knew,” Øivind explains. “So I brought along the snail.” 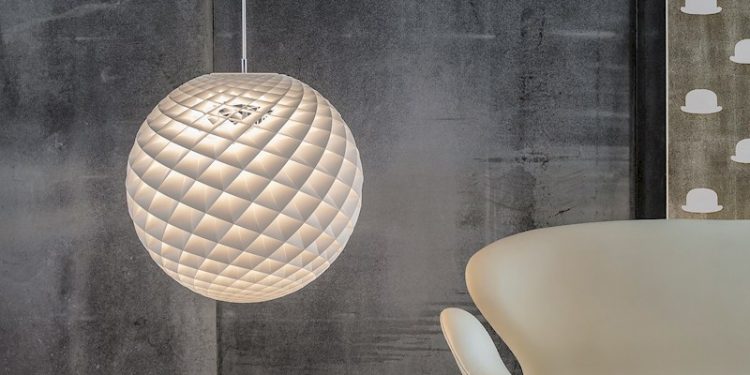 The words are those of Øivind Slaatto, one of the new young Danish designers to keep a lookout for. Both a musician and a designer, he has made a successful career by being playful in a disciplined way, and he has already designed for prestigious brands such as Le Klint, Louis Poulsen and B & O.

We are walking in the darkness of an autumn evening through the cemetery Assistens Kirkegard, used as a park by Copenhageners living in the Nørrebro district.

The light from the lampposts in the surrounding streets never reaches the lanes in here, and we remain in the dark despite being in the middle of a vibrant and well-lit city.

As we stroll along the paths we talk about his childhood, his music, the snail, and the fool who lives in 38-year-old succesful designer Øivind Slaatto.

He has family roots in Southern Germany but has lived most of his life in Denmark together with his sister and three brothers.

In his childhood home, there was no TV, instead lots of music. And he spent his spare time studying the encyclopaedia, drawing, inventing things, and playing music.

Carrying his building blocks, music and creativity, with him, his first stop was the Danish Music Conservatory in Copenhagen. Here he learned what it meant to combine music and discipline.

“The principle that you can achieve everything you want is the greatest gift music has given me. You just have to practice and believe in it. But if you only practice really hard it will never come alive. You have to combine it with having fun as well. If you do that, well, then things happen,” he says.

After a couple of years with his tuba in his lap, he packed away the instrument and applied to the Danish Design School. In his pocket, he carried a snail (the escargot kind like the French eat).

“They asked me to bring along the most well-designed object I knew,” Øivind explains. “So I brought along the snail.”

“The snail’s shell is simple and practical in its design and also hard to figure out. It is the unfathomable and the ambivalence of objects that fascinate me, and I have been intrigued by the snail for a long time,” he laughs. 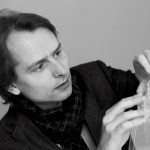 “When I design lamps, I always try to make them two-sided, as they should both have a clear function and be unfathomable. A bit like the snail’s shell, and like a fire. When you are looking at a fireplace, gazing at it, you know you are looking at the fire but at the same time you are drawn to the changing flames. In that way both fire and light have always been a focal point, a place to gather around, and so it is today as well, whether you have a fire or a lamp.”

So how come he has such success or what makes him different? Øivind thinks that in general in Denmark, we are much too afraid of failing. Everyone wants to be right and it seems that the greatest sin is to change your mind.

In his design process daring to question the given, to ask all the fool’s questions, he thinks is one of the keys to his own success.

“Acting as a fool, you can hit the nail on the head or miss it completely. The designer’s role is to be such a fool. You have to question the given and well established. Sometimes you even have to ask the most obvious, stupid and fantastic questions. Therein lies my strength. I dare be a fool. I am such a small player; it’s just me in my design company. If anyone laughs at me, it doesn’t cost me anything. On the other hand, if you are afraid of being made a fool of and laughed at, well that just shuts you up, and then you really are a fool,” he explains.

“We are all amateurs, and it is not until the day we die that we really understand even a little bit about life itself. If we think we have all the answers, then we are stupid,” he says and ends the interview by giving praise to his tuba teacher.

“He taught me more about design than most of the design teachers. He gave me confidence to believe I could do it. He never focused on my mistakes. They were not what it was all about. The focus was on what I did right. Today, when I start up a crazy project, I think, “what if it is possible?” I pretend that it is possible. And then it will succeed, if I just keep going and don’t give up. Music taught me what my capabilities and limitations are. To be honest, I am not sure I have learned that last part yet,” he finishes with a twinkle in the eye. Graduated 2007 from the Danish Design School as an Industrial Designer