This season explore the world of ballet – no Danish needed! 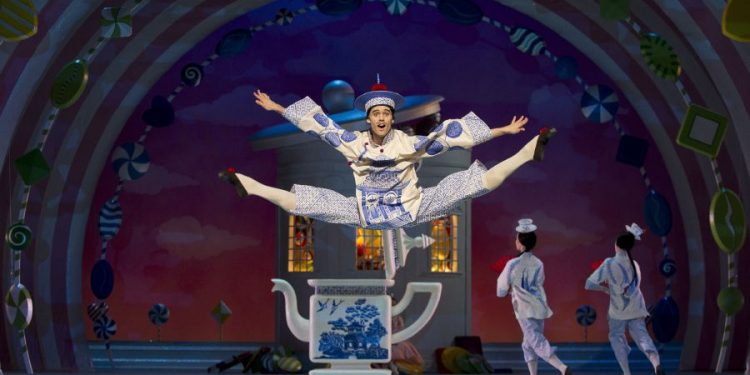 Not familiar with ballet? Well, you’re in the right place to be introduced to this royal dance form, as Denmark boasts one of the oldest ballet schools in the world.

Ballet performances also have the great advantage that expats do not need to understand Danish (or English for that matter) to follow the narrative.

Ballet is all about dancing, gestures, mimics, and, of course, music.

The ballet season runs from early autumn until spring, and traditionally, each year, a range of beloved ballets are performed, together with new additions.

Ballet is a very traditional art form in Denmark; here The Royal Ballet excels in the old masters such as Bournonville and Balanchine.

In recent years, however, a more modern ballet master, Nikolaj Hübbe, has introduced new interpretations of the old masters in an effort to create a 21st century ballet, much to the frustration of the ballet traditionalists who prefer seeing their treasured ballets performed in the way they were used to.

Nevertheless, the modernised productions have also received great acclaim and maybe even lured newcomers to this old artform.

But first some ballet history.

The Royal Danish Ballet takes its beginning back in 1771 and is, together with the School of the Paris Opera and the Ballet School in St. Petersburg, among the oldest in the world.

The school’s actual foundations were laid by the most famous person within Danish ballet, August Bournonville (1805-1879), who was ballet master in Copenhagen from 1830 until 1877.

He staged nearly 50 ballets and is referred to as “the H.C. Andersen of ballet”. Both were actually born the same year and knew each other well.

Bournonville was born in Copenhagen, the son of a French dancer (who educated him in the best French dancing traditions) and a Swedish mother.

Many of his works are still performed, and the Royal Danish Ballet possesses a larger number of ballets from the Romantic period of the 19th century than any other ballet company in the world.

They are not all put up each season, so you have to keep watch to find out when they are on. A Folk Tale will only be performed for a few weeks May 2020.

Bournonville was firmly founded in the cultural tradition of the period the Danish Romanticism and he maintained that art should be positive.

He saw the purpose of ballet as being to “elevate us and make us into harmonious beings”.

The harmony can be found not only in the stories told and the happy endings of his ballets, but also in his style of beautiful proportions and delicate musical timing.

A speciality of the Royal Danish Ballet remains its story-telling ballets in continuation of the Bournonville tradition.

Apart from the Bournonville ballets, Balanchine’s ballets are also frequently performed, and after the Paris Opera Ballet, the Royal Danish Ballet has the greatest number of Balanchine ballets in its repertoire in Europe.

Feet and legs work quickly, with many small steps as they move over the stage, constantly changing direction. There are no big lifts or acrobatic throws.

Also the female dancers do not stand on their toes for long periods of time, nor do the male dancers whirl along over the stage on their own. Instead they dance together and tell a tale of love and joy of life.

Great and dramatic throws (as seen in the Russian ballet tradition) are not common either.

Interestingly, The Royal Ballet is a very international company. Of the 80 dancers, almost a third are not Danish, but rather dancers from around the world.

However, not only the old masters are performed as also modern ballets by recent choreographers are put up such as Jiri Kylian and John Neumeier as well as the young choreographers Tim Rushton, Alexei Ratmansky and Christopher Wheeldon.

With its combination of modern and classic performances, the Danish ballet ensemble is able to meet many stylistic demands.

Where to start if you are not a ballet fan?
If the world of ballet is new to you, The Royal Ballet recommends that a good beginner’s ballet  is The Nutcracker. This year it is performed starting the 26 November and is on until 21 December.

Once the tickets are on sale, they tend to sell out quickly, so don’t hesitate too long if you wish to see this performance.

Bournonville’s masterpiece, A Folk Tale is a romantic drama of confusion among trolls and humans, it has been called August Bournonville’s most “Danish” ballet, and is considered his best work.

Since its premiere in 1854, it has been performed as an unbroken tradition at the Royal Danish Theatre. The music for the first and third acts were written by Niels W. Gade, while the music for the second act was composed by J.P.E. Hartmann.

Niels W. Gade’s bridal waltz composed for the end of A Folk Tale, is traditionally danced at weddings in Denmark. This year the production by Sorella Englund and Nikolaj Hübbe is put up again during November 2022.

Napoli will be on stage again in May 2023, an opportunity not to be missed either.

Other ballets to look out for

New this season is also the magnificent Swanlake end January until March 2023.

The Danish Queen is great lover of ballet and an important supporter of this ballet from. She can be seen in the royal box at numerous occasions often accompanied by a family member, in the picture below she can be seen with her sister HRH Princess Benedikte.

The audience do not know beforehand that there will be a royal presence, however, she always arrives last and if the door to the royal box is opened, the audience will stand as she enters, which is the traditional greeting of a royal family member.

For the full program, visit the Royal Theatre here (also an English option). The site also enable you to buy tickets online.

Mime: the art of telling a story, expressing feelings or an atmosphere, or describing an action, through only facial expressions, body language and gestures. Derived from pantomime.

Ballet: A theatre piece/play consisting of dance and mime. Ballet d’action: Ballet that tells a story, and all the elements– music, dancing, choreography and stage setting/scenography– have to come together to support the storyline. The Danish Royal Ballet’s style is based on the ballet d’action concept.

Tutu: A very short skirt worn by ballerinas, made of projecting layers of stiffened transparent material made from silk or nylon. It has been the standard costume for female dancers since 1832, when Marie Taglioni wore it in Bournonville’s La Sylphide in 1832.

Securing the heritage
The ballet school for children ages five to eleven, and the apprenticeship program for teenagers, plays an important part in securing the next generation of dancers for the ballet ensemble.

The ballet children follow a regular school curriculum while at the same time receiving daily ballet training. Often they are also part of the regular performances and thus get used to being on stage from an early age.