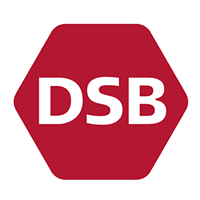 Confusion as train conductors and personnel at DSB warned of a countrywide strike on Monday the 1 April ( and also assured it was not an April’s Fool Day hoax).

Danish media reported Friday 29 March that there was a country wide risk of a train strike on Monday 1 April as the ongoing conflict between the train conductors’ union, Dansk Jernbaneforbund and their employer, DSB, has still not been resolved.

DSB has announced that it wants to reduce the number of union representatives (in Danish Tillidsrepresentanter) from 99 to 29, a reduction that is strongly contested by the train conductor’s union, Dansk Jernbaneforbund.

Negotiations to find a compromise solution broke down last year and  the time frame to find a solution and elect 29 new representatives was extended to 1 April 2019.

Last year a range of conflicts created short term problems both with trains all over Denmark and with the S-trains in the Copenhagen area.

The reason for the conflict, and the desire to reduce the number of trade union representatives, is, according to the union, that DSB wants to reduce the influence which train conductors have on their work.

The train conductors have been used to a high degree of influence on their work conditions, their work schedule and have in general been heard and taken into consideration during the planning process.

At the moment, there is no information about the extent of the strike.

In a press release issued Friday 29 March, the warning was issued for 07:00 until 15:00 on the 1 April and that it would affect trains all over Denmark. Whether this included the S-trains and metro in the Copenhagen area is not known at the moment.

If the strike does take place it will be a so-called unannounced and unplanned one – what in Denmark is considered an “illegal strike” – the Danish term is “overenskomststridig”, meaning it does not follow the labour market rules and agreements for strikes, DSB has warned the trade unions that if they do not prevent their members from striking, DSB may take legal action.

Your Danish Life will try to stay updated, but we strongly recommend checking rejseplanen.dk early tomorrow morning as DSB will try to keep it updated. Busses should not be affected.