“We all need to take this more seriously” 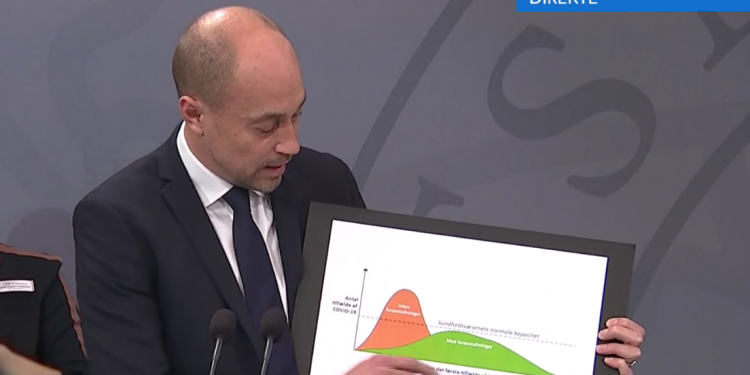 “Too many people are asking ‘why do we need to take this coronavirus seriously, isn’t it just like an ordinary flu?’ ” the Danish Prime minister said. New press meeting held with new measures taken and a very clear message passed.

Everyone in Denmark needs to realise that this is a serious situation with a virus that is spreading quickly because it is an unknown virus;more people will get ill and this has serious consequences for the elderly and fragile, but also for all of us, as all parts of our society will be put under a lot of strain, first and foremost the medical system, but make no mistake, it will affect all of us.

This was the main message, which all the participants at today’s press meeting where passing one way or the other.

The need now is still to reduce the risk of spread and to delay the outbreak in Denmark. It is a well-known fact that with warmer weather, and here the CEO of the Danish Health Board, Søren Brostrøm added, “We hope the Danish spring weather will work with us this time”, will have an effect on the size of the outbreak.

However, it was clear that a large spread of the disease in Denmark is coming, and that the authorities are preparing for it.

The new measures announced are all still part of the containment strategy, to avoid getting more people to Denmark who can spread the disease and to continue to reduce the risk of spread within the Danish society.

The worst-case scenario as presented by Denmark’s Health Minister, Magnus Heunicke, is that the outbreak peak comes with high numbers over a short period of time. This is the red part on the board presented (see picture above).

The dotted line represents the max capacity of the Danish health system to cope with the expected number of cases who will need medical attention. As can be seen, the number of people needing medical help surpasses the capacity.

The actual containment strategy is to work for the green situation, where the spread is delayed and more spread out, so that less become ill at the same time and here, even if it will strain the medical capacities, the Danish system should be able to cope with the number of people needing medical care.

The red scenario is probably what Northern Italy is experiencing at the moment, with a lack in capacity to deal with the many elderly and fragile people who are taken seriously ill by the coronavirus outbreak the minister said.

There was optimism that this would not be a likely scenario in Denmark.

Italy has a larger proportion of elderly above the age of 65 than Denmark, but it was stressed that even with a green scenario of prolonged spread of the disease, the medical sector would need to prioritise to be able to help those seriously ill.

This would for instance mean sending home patients hospitalised for other reasons than the coronavirus earlier than expected in order to liberate beds.

The authorities stressed that the situation is developing from hour to hour and that the way citizens in Denmark act will have a huge impact on how seriously the situation becomes and how successfully the delay of spread and spreading out of the epidemic over a longer period of time will be.

Those who do not feel at risk must change their behaviour in order to protect those that are at risk was the message passed together with a range of new measures.

Travel:
• Travel to North Italy, Iran, parts of South Korea, China and selected areas of Austria ( Tyrol due to outbreak in Ischgl ski resort): do NOT travel to these areas.

Air travel to Denmark from these areas will be suspended as of midnight. If you come home from this area, you must stay at home for 14 days and avoid contact with others. These countries are red on the travel guide published by the Danish Foreign Office

• In general think about your next trip, do you really have to go, think about staying home

Public transport:
• Measures will be taken to reduce the crowd in the public transport system during rush hour and in general. The sector is looking at how it can do so, for instance by adding trains and busses, but also by limiting access to only the number of seats available. This will be announced later