What is wrong in the state of Denmark? 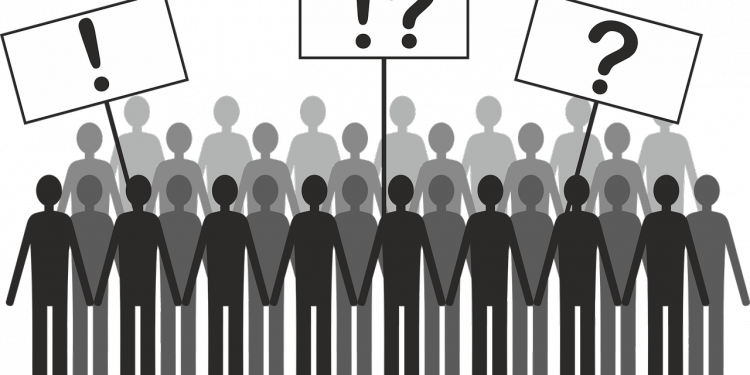 You may be confused about the public sector dispute going on at the moment – and how will it all end? Strike and lockout and then what. We try to guide you through the actual situation.

In Denmark, salary and benefits are part of the negotiations taking place between an employer and an employee, and are normally settled between their respective representatives. Settlements typically last 2 to 3 years. The current conflict is due to the end of the last three year settlement on 1 April 2018.

If employees do not agree, they can strike in order to put pressure on their employer. The same goes for the employer, who can decide to lockout the employees, and thus a deadlock begins until someone yields.

All of this is perfectly legal and takes place as forewarned strikes and lockouts, giving each part time to negotiate in what is called Forligsinstitutionen.

The forewarning has to take place with 30 days notice – and cannot take place until the current settlement runs out – hence the earliest date of 1 April – and the warning being sent out 30 days before, means that a strike cannot start before the 4 April.

At Forligsinstitutionen the forligs woman or man, often a retired judge or other former member of the judiciary, will call in both parties to the conflict, who for 14 days and nights try to hammer out a compromise deal everyone can live with – in order to avoid strikes and lockouts.

The Forligsinstitution is a legal instrument, and employee and employer organisations and representatives cannot refuse to seek a compromise deal in this institution – it does not mean that one will be made – but it puts an obligation on the two parties involved in the conflict to use the public negotiator to try and find a deal everyone can live with.

There is a problem with this method, many experts are saying at the moment, when it comes to the public sector.

If they cannot decide on a compromise deal, and a long conflict arises, the government can pass legislation – if they can find a majority for it in parliament – and promote a compromise deal proposition to a legal one. This is what happened in the famous teachers’ conflict in 2013.

After a strike and lockout of 25 days, the parliament and government passed legislation that imposed on the teachers the work related regulations they had been trying to avoid.

Why so largescale a conflict?
This time the conflict has escalated as the three employee organisations within the public sector decided to bind their negotiations together in a kind of musketeer oath – we all get what we want or we send out a strike warning to hit the public sector.

The strike warning was issued encompassing between 60,000 to 70,000 public employees and was to take effect on the 4th April.

The trade unions selected the institutions that were to strike – and had for instance chosen 20 high-schools, who all issued strike warnings as well as a range of kindergartens, several functions within the hospital system etc.

The trade unions represent the municipal, regional and state employees. Their argument was to make a soft strike by not taking a few employees at each institution out for strike – but instead all employees in selected institutions across the country.

Many believed that they gambled that the state, regional and municipal employers would not take the countermeasure of a lockout. However, they were wrong.

Innovationminister, Sophie Løhde, responsible for the public state employees, issued a lockout warning last Wednesday, the 7th March. The municipal and regional employers did the same.

The lockout will take effect as of 10 April and means that public sector employees will be sent home without pay.

A total of 440,000 public sector employees within the municipalities, the regions and the state will be encompassed by this lockout.

As they said on the late news on DR 1, “Denmark will more or less close down, as has never been seen before.”

It could also affect the public transport concerning trains and busses.

So what happens next?

No news about their progress, or lack thereof, becomes public until they have either given up or a compromise deal has been found.

Should the worst come to worst, it is expected that the government will try to pass a compromise deal into law, thus ending the conflict.

Since the conflict is so all encompassing, it is not believed that it will be allowed to go on for too long – maybe only a week or two.

So, ultimately, at the moment no one knows – and everyone is holding their breath hoping that a compromise deal will be made – and at the same time strike and lockout preparations are being made – so for instance the hospitals can keep service open that could otherwise have a lethal outcome for the patients if closed down, also all maternity wards and cancer departments will not be closed due to either strike or lockout.