The Royal Stables and the Mounted Guard Hussar Squadron 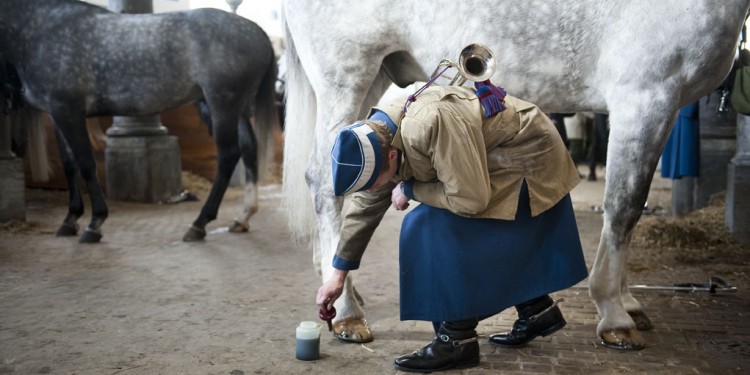 The stables fill up when the mounted guards from Gardehussarregimentets Hesteeskadron are in Copenhagen for official events - as they arrive with up to 50 horses. Picture: Christian Lindgren

More than a museum and with the support of Queen Margrethe, the 325 year-old Royal Stables and the Mounted Guard Hussar Squadron, Gardehussarregimentets Hesteeksorte, are kept alive as much more than just a relic from the old days.

Despite the modern use of cars for their  daily transportation, the royal family is a huge supporter of the Royal Stables, De Kongelige Stalde.

“We have always been very conscious of keeping and maintaining them, ensuring that they not only live on, but really exist with horses and carriages, and that the horses are really used for riding, with it all taking place in the beautiful old stables”

says Queens Margrethe in the book about the royal horses, “De Kongelige Heste” (Hauschildt & Nitschke, 2008), as she expresses her belief that the Royal Stables will exist also in the future.

The Royal Stables house around 20 horses and the royal carriage collection (including the Gold Coach) as well as a small museum with collections from more than three centuries of royal stable life.

They can be visited Tuesday to Sunday between 13:30 – 16:00 from November to March and daily throughout the summer months (take note that the horses are not at home in July). Guided tours in English are offered on Saturdays at 14:00 ( book in advance).

The Royal Stables are closed during the bank holidays at Christmas and on some days for the New Year Levees, so check their website when planning your visit.

The stables fill up when the mounted guards from Gardehussarregimentets Hesteeskadron are in Copenhagen for official events – as they arrive with up to 50 horses.

The atmosphere inside is hectic and intense as horses, hussars and helpers squeeze around each other in order to fit everyone in. Notice that in contrast with only 30 years ago, many of the riders are now women.

Previously, the regiment was solely a male affair, in the 21st century, it is one of the most popular regiments for women to join.

You can see the entire regiment with 45 horses and mounted Guard Hussars in Copenhagen at the end of December 2021 and beginning of January 2022 as well as in connection with the Danish Queen’s jubilee when she celebrates 50 years as monarch. Read more about the New Year Levees here here:

Our report below gives you a sneak preview of the atmosphere inside. The pictures are from the rehearsal tour before the actual Gold Coach Tour, and both the rehearsal and the Gold Coach Tour are recurring events, which takes place at the beginning of January every year.

The atmosphere is the same for state visits and other official receptions in which the Mounted Guard Hussar Squadron takes part. On these occasions, they travel to Copenhagen from Slagelse, which is their normal place of residence.

In Slagelse, locals are used to seeing the horses parading through the streets on a weekly basis as they practice riding in crowds and with cars, buses and cyclists around them. 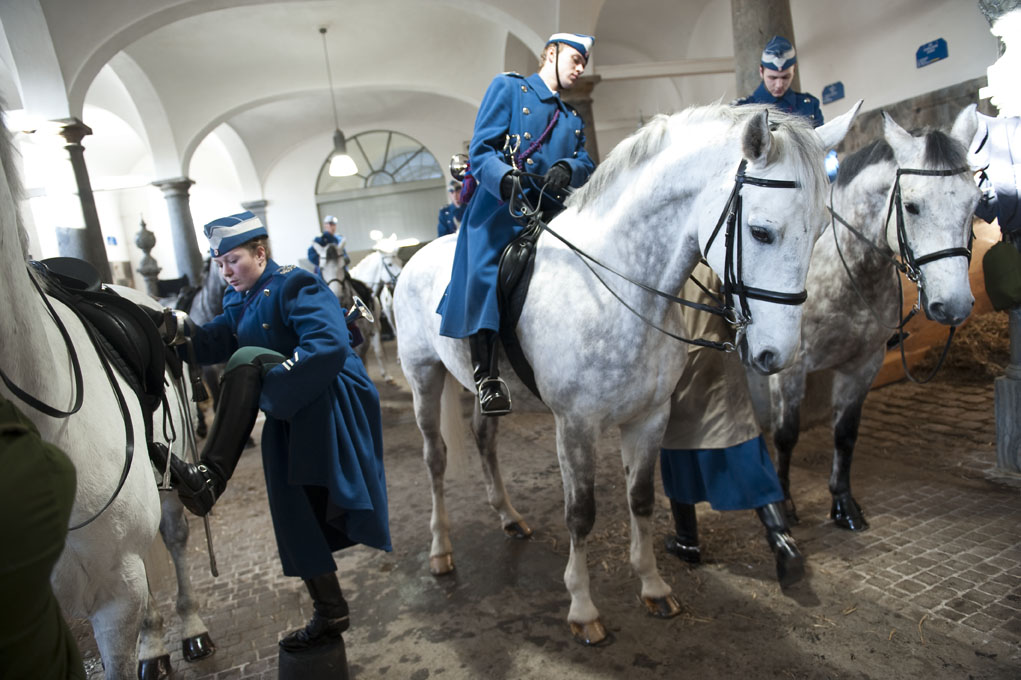 The horses are incredibly well trained and stand almost still next to each other in the crowded hallway while their riders mount. Picture: Christian Lindgren