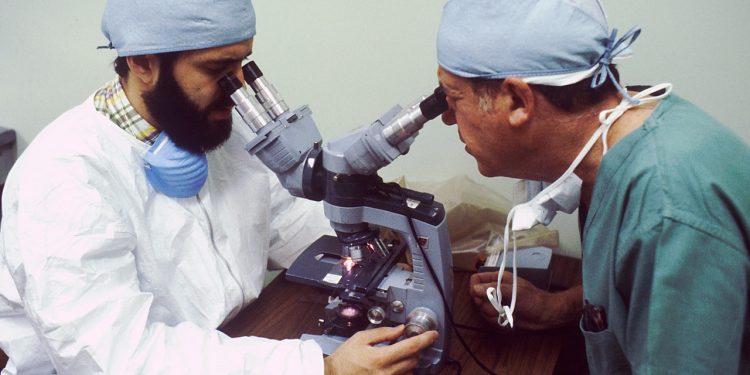 Despite the increase in number of pupils infected, there is no reason to panic, the Danish health authorities say. Find out more about the outbreak of this otherwise eradicated (in Denmark) illness.

It was quite a shock when on last Friday, Danish media started writing about the outbreak of Tuberculosis (TB) at a school south of Copenhagen in Haslev.

A pupil in the ninth grad had been diagnosed with the contagious illness Tuberculosis late in the autumn of 2018 and had been taken out of school during treatment and until the risk of contagion was over.

However, the school principal, in collaboration with Roskilde Hospital, had encouraged other children at risk at the school be tested in order to prevent any possible spread of the illness.

At first 14 pupils were diagnosed with latent TB and today, Sjællandske Medier reports that the school principal has confirmed that tuberculosis has spread to a total of 19 pupils.

Further pupils at the school have been encouraged to be tested. The school and health authorities are evaluating who and how many should potentially be tested for TB.

However, according to SSI, the institute responsible for controlling infectious diseases and biological threats in Denmark, there is no reason for panic.

Apart from the one pupil, who had been sick with an active TB, all other pupils tested positive were so called latent TB.

In this condition, the bacteria remain in the body in an inactive state and cause no symptoms. Latent TB, also called inactive TB, isn’t contagious. However, it can potentially turn into active TB, which is why treatment is important for the person with latent TB.

All those diagnosed with latent TB are or will be put into treatment.

Troels Lillebæk, from the department for TB and Mycobacteria at Statens Serum Institut says that:

“It is correct that TB was very dangerous previously as there was not treatment. More than 50 percent died of the illness and those who survived lived with important side-effects of the illness. After the development of antibiotics, it is now an illness from which people regain their full health if treated quickly.”

He points out that it is important to differentiate between those that are ill and those who have been infected with TB.

Although TB has been virtually eradicated in Denmark, rare cases do happen in schools and institutions such as is the case at Sofiendalskolen in Haslev.

According to SSI, those who become sick with TB receive treatment with antibiotics for six months. Once in treatment, the TB patient is no longer contagious and can start school again within a couple of weeks.

“For this reason, most of the contagion takes place in the period before the illness is diagnosed. As it is such a rare illness today in Denmark, it can be difficult to diagnose,” says Troels Lillebæk.

Facts about TB
Tuberculosis (TB) is an infectious disease that mainly affects your lungs. The bacteria that cause tuberculosis are spread from one person to another through tiny droplets released into the air via coughs and sneezes.

Once rare in developed countries, tuberculosis infections began increasing in 1985, partly because of the emergence of HIV, the virus that causes AIDS. HIV weakens a person’s immune system so it can’t fight the TB germs. In the United States, because of stronger control programs, tuberculosis began to decrease again in 1993, but remains a concern.

Although your body may harbour the bacteria that cause tuberculosis, your immune system usually can prevent you from becoming sick. For this reason, doctors make a distinction between:

Latent TB. In this condition, you have a TB infection, but the bacteria remain in your body in an inactive state and cause no symptoms. Latent TB, also called inactive TB or TB infection, isn’t contagious. It can turn into active TB, so treatment is important for the person with latent TB and to help control the spread of TB. An estimated 2 billion people have latent TB.

Active TB. This condition makes you sick and can spread to others. It can occur in the first few weeks after infection with the TB bacteria, or it might occur years later.

In Denmark TB was diagnosed amongst approx. 330 citizens in 2016, of which more than 50 percent were foreigners. The illness is considered to be eradicated despite the rare outbreaks.