“A Night At The End Of The World” 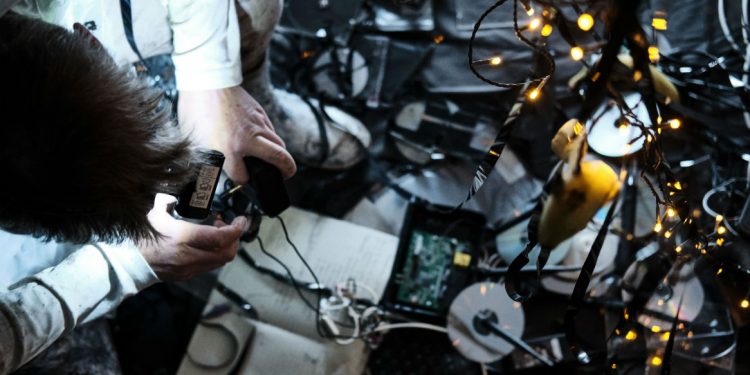 Imagine a bunker in Copenhagen, put in an actor and an audience; the lights go out and the play begins. An unusual setting for a play has attracted such an audience that it is currently sold out.

“A Night At The End Of The World” begins with a solitary walk into an underground bunker. The doors close and you are immersed in a future that is too scary to fathom.

It is a unique and intimate play, and can almost be described as performance art. Starring Iven Gilmore, who gives a passionate performance filled with anger, dread, and longing; both for a banana and a lost love.

The play is directed by Carol Hayes and put on by Assemble Theatre Collective, a creative group aspiring to produce work that is both interesting and thought provoking to their audiences.

The play takes inspiration from the Irish one man/one act play, Krapp’s Last Tape by Samuel Beckett, performed in English, it opened the Copenhagen Irish Festival and is currently running until 14th November.

It has been such a success that it is currently sold out (space is limited in a bunker), but you can join the wait list at their Facebook page here

If you don’t get the chance to view this play, look for future productions put on by the Assemble Theatre Collective. More information about upcoming performances can be found here.

More information about the Copenhagen Irish Festival can be found here.