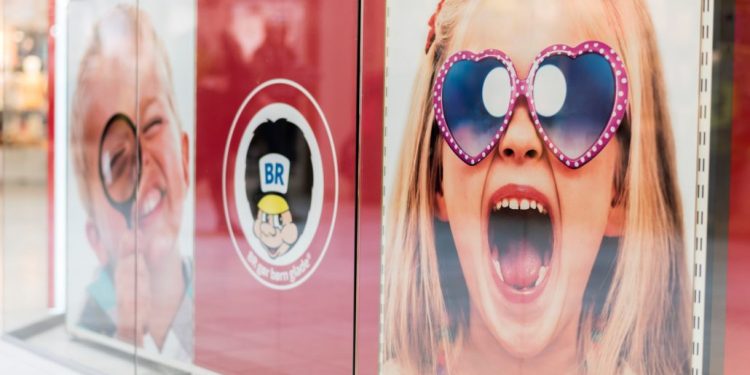 The Danish supermarket group Salling announced in a press release that all new locations of the 26 toy stores under the BR brand name are in place. They will open in the spring 2019.

Many Danes and others were sad when it was announced in January that the renowned toy chain of more than 50 years had gone bankrupt and was closing all its stores in Denmark.

Later it was announced that the supermarket group Salling had bought the BR brand and the remaining stock of toys.

Then, surprisingly, the Salling Group announced that it would open a range of toy stores under the BR brand instead of only selling toys in the group’s supermarkets.

Yesterday the locations of all 26 new BR toy stores in Denmark were announced in a press release.

The new manager of the BR store chain, Charlotte From, says that the support from all over Denmark has been quite overwhelming and proof that the BR brand means something to Danish children and their families.

“I am really pleased to announce the locations of the 26 new stores. We have a great deal of work to do in the coming weeks, amongst other the recruitment of more than 300 employees to work in our stores, we have already received numerous job applications from former BR employees and others interested in selling toys to children,” says Charlotte From.

The vacancies in the different shops will be posted in an ongoing process the next weeks the Salling Group has announced. Find the new locations below.

The location of the 26 toy stores (not all are in former BR locations):

It was a shock to most Danish consumers, when during the Christmas holiday 2018, it was announced that the renowned chain of children’s toy stores, BR Legetøj, was declared bankrupt, with the closure of all of its stores as a result of the financial pressure on its parent company Top-Toy.

The iconic brand Fætter BR was founded back in 1950, when Edit and Børge Rasmussen bought a newspaper kiosk in Roskilde.

They soon experienced that also toys were popular sales items amongst their customers. In 1963 their sons Børge and Henrik Gjørup became part of the kiosk and they made the decision to change the kiosk into a toy store.

The name BR-Legetøj was constructed from the initials of Børge Rasmussen.

The chain expanded every year reaching more than 250 stores in the Nordic area. In 2016 the founders sold part of their retail chain to the capital fond EQT.

On 28 December 2018 the toy adventure ended with the declaration of bankruptcy.

In January 2019 the BR brand and remaining stock was sold by the bankruptcy estate to the supermarket group Salling.