Avoiding an epidemic: containment to keep spread at bay until it gets warmer 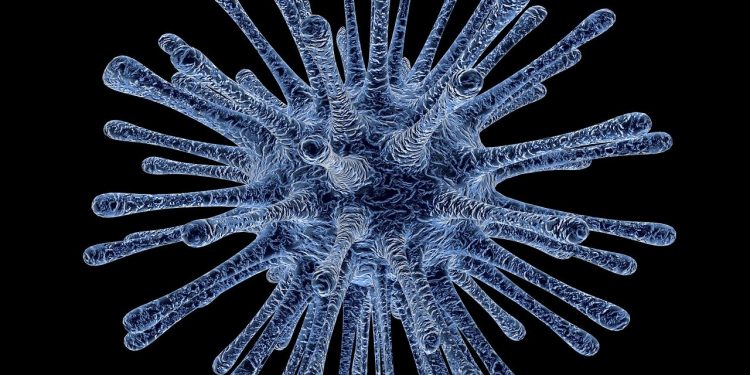 In week 30, non-Danish residents accounted for 59 percent of those infected, a figure which had risen to 63 percent last week. Picture: Modelpicture from Public domain pictures Pixabay

As the coronavirus continues to spread outside of Denmark, the Danish health authorities gave an update of their risk scenario for the spread of COVID-19 within the country.

Focus is on information, fact-based information to the Danish civil society in order to prepare for the estimated worst-case scenario: an epidemic with between 10 to 15 percent of the Danish population taken ill with the coronavirus.

A serious looking CEO of the Danish Health Board, Sundhedsstyrelsen, Søren Brostrom, tried his best to avoid panic by relating as calmly as possible the worst-case scenario being prepared for by the Danish health authorities.

Status at the moment is still that the containment strategy so far is working.

A total of four cases of confirmed coronavirus infected Danish patients, all in quarantine, all in good health (despite being ill) and all with the illness traced to the outbreak in Italy.

A total of 122 have been put in home quarantine as they had had contacts to one of the four Danish cases or had been in contact abroad with coronavirus victims.

The Danish authorities are monitoring closely the development both world wide but also in the other Scandinavian countries such as Sweden and Norway who have a larger number citizens taken ill with coronavirus than Denmark, in Norway the authorities are calculating with a risk of an epidemic affecting up to 25 percent of the Norwegian population.

The reason for a lower estimate is that the worst case scenario played out at the moment, as evaluated by the Danish health authorities, was the one on board the cruise ship Diamond Princess in Japan, where the passengers were placed in quarantine on board the ship, thus still able to spread the virus on board and here “only” approximately 20 percent were taken ill.

“The example showed how bad it could go, maybe another strategy should have been applied (than containing them on the ship), however still “only” 20 percent were taken ill, Søren Brostrøm, said at the press meeting.

“In Denmark, we are using this as basis for our worst case scenario evaluation, together with the fact that our containment strategy at the moment is working, enabling us to buy time and delay spread until it gets warmer. These facts make us evaluate that a general outbreak, an epidemic in Denmark, will only affect 10 to 15 percent of the population.”

In case of a general outbreak in Denmark, of the expected 10 to 15 percent who will become ill, more than 80 percent are expected to manage without help from the health authorities as their symptoms will be mild.

Hoping for a delay until it gets warmer is related to the fact that respiratory virus infections spread less during the spring and summer season according to the health professionals.

The concern of the authorities is that should so many people be taken ill more or less at the same time, it will hit the Danish society hard.

However, only a smaller percentage of the population are expected to become seriously ill and in need of medical attention, even hospitalisation and it is this smaller percentage, which now has the focus of the health authorities to prepare for in order to limit the serious consequences.

“We know that those with an immune deficiency due to other illnesses, the elderly, or those who smoke, are at the ones most vulnerable and most at risk of the serious effects of the coronavirus infection. And yes, people will die in Denmark, if a general outbreak takes place, this is a risk scenario we are preparing for should an epidemic break out but we will do our utmost to help people who are taken seriously ill to reduce the death rate,” Søren Brostrøm explained.

COVID-19 is transmitted through droplets from people coughing or sneezing in your face and thus requires close contact between people to transmit.

Touching a surface that has been contaminated with COVID-19 by the droplets from someone who is ill will only result in contagion if you then subsequently touch your mouth, nose or eye.

The best advice from health experts world wide to avoid risk is still to step up on hygiene measures, wash your hands often, always when you have touched a surface such as a doorknob or other items in a public space, if you cannot wash your hands, use a disinfectant.

Wash your hand before eating or use a disinfectant.

Do not touch your mouth, nose or eyes if you were not able to wash or disinfect your hands.

If you have to sneeze or cough, do so in your armpit, do not sneeze/cough on surfaces, on other people, or into your hands.

A  hygiene information campaign is being prepared to teach Danes to be better at using these simple hygiene measures in order to help limit spread, or as Søren Brostrøm said.” In the coming weeks, Danes will hear a lot about hand hygiene and what they can do to limit spread of virus in the society.”

Another measure is to ensure that those who need to be tested for coronavirus are tested, which is why more hospitals will be able to do so and screening of patients at risk is taking place.

At the same time, in order not to lay down the health system with those who are not at risk, information about who could be a risk is widely circulated and a coronavirus hotline has been put in place as of the 2 March at the Danish Health Board open from 8.30 to 15.30.

Here citizens can call with questions and get information. The hotline number is: 72 22 74 59

Of those taken ill, 80 percent will only have mild symtoms, 15 percent will become more ill and need medical help even hospitalisation, 5 percent will need intensive hospital care due to more serious effects of the illness. Estimated death rate 2 percent.

The Danish health authorities believe the death rate, as registered in the largest outbreak so far in the Hubei province in China, could be much lower as there most likely is a large “dark number” of people who have been ill but with very mild symptoms and thus most likely are not registered as having been infected with the COVID-19.