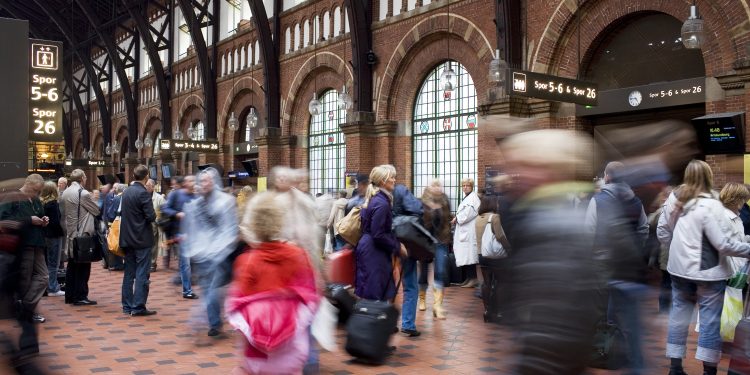 Take note of the changes on the airport train from Copenhagen Main Station to Malmø, the trains are replaced by buses in the evening and night.

The so-called airport train running from Helsingør, via Hellerup, to Copenhagen Main Station, Copenhagen Airport at Kastrup and passing on to Sweden is affected by track renovations on the Øresundsbridge from 2 to 3 November (sporarbejder).

As the train cannot run on the tracks while they are being renovated, buses will replace them.

First during the day on November 2 from about 13:00, when the train will only run until Copenhagen Airport and all passengers travelling to Sweden will need to transfer to a bus to get them to Hyllie train station in Sweden.

Then from about 20:00 Saturday evening until 05:00 Sunday morning, there will be no trains either from Copenhagen Main Station to Copenhagen Airport and Sweden and replacement train buses will take over.

From Copenhagen Main Station via Copenhagen Airport to Malmø C
2 November from 20:00 until 3 November 05:00

This means travellers will experience longer travelling times than normal.

Triangeln: Läge C at Smedjegatan, choose south exit and turn right. Buses are next to the taxi zone.

Hyllie: Area at Arenagatan, between Malmö Arena and the water tower.

Tårnby: Bus stop on Englandsvej in front of the station.

Ørestad: In front of the station (Ørestad boulevard, Metrobus stop).

København H: Main square at the Banegårdspladsen (exit towards Vesterbrogade).

So remember to check on rejseplanen.dk before leaving to or from the airport on these dates.

If you are travelling to and from the airport, an alternativ is of course to take the metro to the airport.