Christmas is high season for break-ins 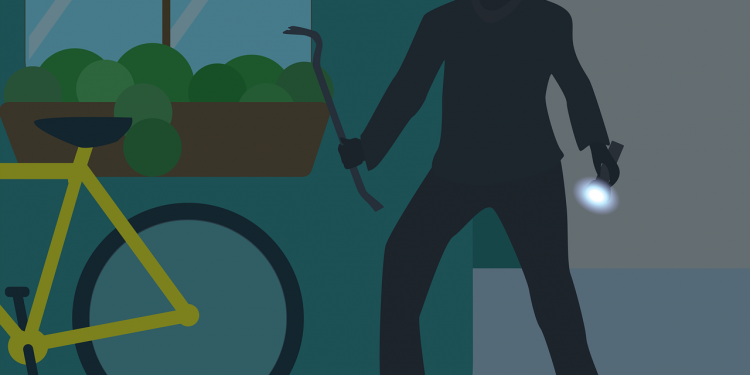 As you might be planning your Christmas holiday far from Denmark, it is worth noting that November and December 2017 had the highest level of break-ins compared to the average for any other month of the year. Is your home secure?

According to DKR, the Danish Crime Prevention Council, the Christmas weeks of November and December have the highest level of reported break-ins ranging from between 700 and 850 on a weekly basis.

On average in Denmark the reported break-ins per 1,000 households on a yearly basis is 5.1, however, in several of the municipalities north of Copenhagen, the average figure far surpasses that (source: Danmarks Statistic).

Not all parts of Denmark are equally hard hit by break-ins.

If you live on one of the smaller islands, your home is safer than in North Zealand as for instance the islands of Fanø, Læsø and Samsø did not report at single break-in in 2017.

Measured in terms of total break-ins the largest cities such as Copenhagen, Aarhus, Aalborg and Odense have the highest number of break-ins.

For the municipalities north of Copenhagen the explanation is a combination of the wealth of their citizens (there are valuables to steal) but also the easy access to transport, such as the S-train network around Copenhagen 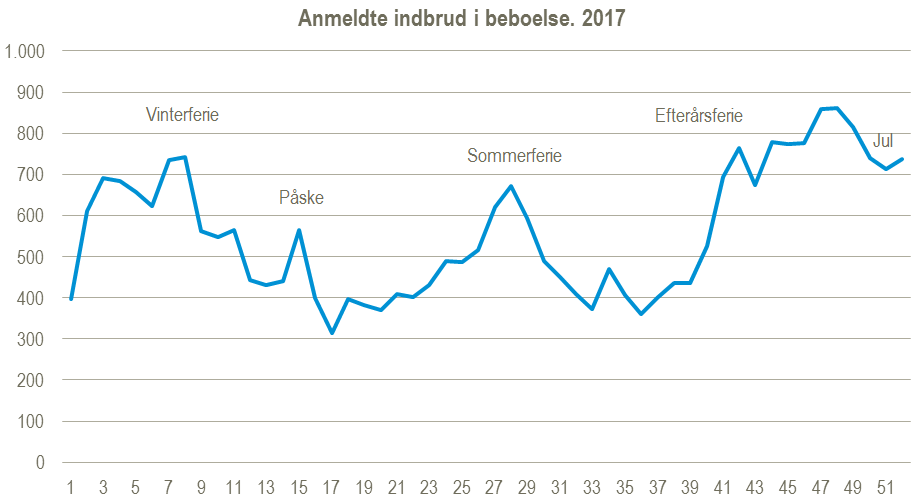 In order to be better prepared on how to prevent break-ins, DKR interviewed 20 convicted burglars to find out how they plan their break-ins.

The findings showed that burglars look for homes with a certain set of characteristics:

The home is isolated or close to very noisy surroundings

There is dense green growth around the buildings

The next-door neighbours are not visible

It is easy to escape via small paths or other streets

The location is close to public transport and shopping streets

A window or door is slightly open

No one is home

The locks on doors and windows are easy to break open.

TIP: How can you make your home secure?‘

According to DKR there are several ways by which you can make your home more secure. Of course remember to lock the doors and close your widows.

If possible, get your neighbour(s) to watch your house, empty the mailbox and put garbage in your garbage bin, and ask them to park in your drive-way, or in front of your house, when you are on holiday.

Leave lights (and if possible the radio) on, and use timers or the phone to control the lights in your home, so they turn on/off at different times of the day. Don’t leave them on constantly, as that will give away your absence.

Don’t tidy up before leaving – leave a bit of a mess – i.e. dishes in the sink (if the sink is visible from a window), or other items, so your home looks as though someone is home. A tidy look could be a signal that you are gone.

Make sure any valuable possessions are not immediately visible from your windows.

If you are living in an apartment building, and have a doormat in front of your door, then ask your neighbour to put your doormat back in place when the stairs have been washed.

If you are not leaving, then keep a lookout in your neighbourhood; say hello to strangers, or people you do not recognise, as evidence shows that potential thieves know that they have been noticed and seen.

A new campaign, botrygt.dk, just launched by TrygFonden and Realdania, has been developed together with DKR and the homeowner site Bolius.

Despite being only in Danish, it could still be relevant to expats as it does enable homeowners to take an online test to find out how well their home is protected from burglaries, it also gives homeowners the opportunity to order a FREE house check of their home and a FREE toolbox to help protect their home when they are away.

The house check will be performed for free by a local locksmith who will help the homeowner assess the security performance of the locks on their home’s windows and doors.

The campaign was developed as research has shown that 25 percent of Danes worry about a possible break-in in their home.

The campaign is to help Danes become more aware of what they can do to secure their homes better against break-ins.

You can visit it here for more information.