Confused about the Danish refugee talk? 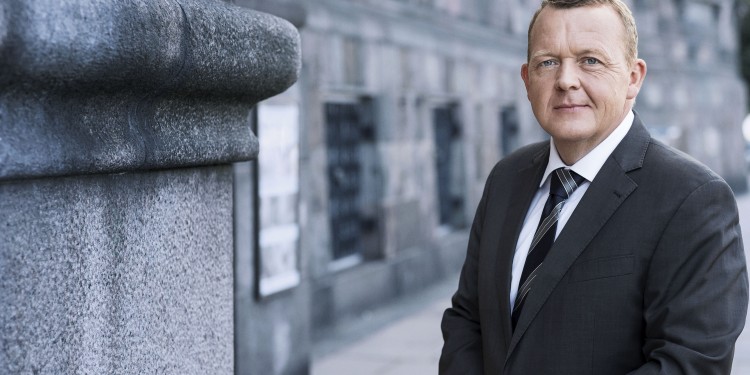 First they said 100, then they said no to more and now they say yes to 1,000. The Danish Government’s communication concerning refugee and immigration policies is to say the least contradictory and difficult to get heads or tails of – also for Danes.

Danish Prime Minister Lars Løkke Rasmussen’s refugee statements have been on a zigzag course the last weeks, escalating with yesterday’s surprise statement that Denmark on a voluntary basis will take 1,000 out of the 120,000 refugees the EU commission wants to split between the EU-member states.

Surprising, because Lars Løkke Rasmussen won the June election amongst other by saying no to more refugees and immigrants, and his government quite quickly voted on a tightening of the immigration regulations concerning family reunification. Only this week advertisements were posted in newspapers in the Middle East and posters were put up in refugee camps informing about the new regulations. And of course because Dansk Folkeparti, with its anti-immigration stands, is one of the government’s support parties.

Political analyst Christine Cordsen, of Danish newspaper Jyllands Posten, sums up the situation in her analysis in today’s edition: 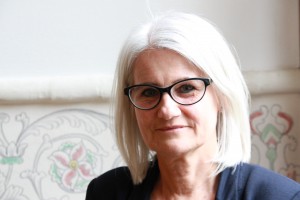 This is because Denmark will soon be voting (3 December) on the Danish exemptions from the Maastricht treaty. On a broad scale the traditionally EU friendly parties are all hoping for a yes vote, whereas Dansk Folkeparti are clearly against.

The actual refugee situation is a complicating factor for the yes parties prior to these elections. Denmark is not obliged to take part in the actual asylum agreements to be made, but of course has every interest in being able to influence them to avoid complications, which the Danish exemptions might create, particularly as Denmark is part of the Dublin accords through a parallel agreement.

If participating in the Dublin accords are linked to taking part in the future asylum agreements made to resolve the pressure on Europe, Denmark will need as much goodwill as can be mustered to be able to negotiate separate agreements for Denmark that take the exemptions into consideration.

The need for the Danish Government to seek agreements across political party lines is a result of the election, where Dansk Folkeparti, despite a huge increase in number of parliamentary seats, decided not to be part of the government, and instead left Venstre on its own in a minority government forced to look for a majority either to the left or right, or a combination of both. Read more in our miniguide on the Danish Political system. 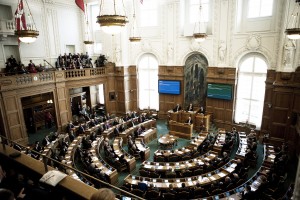 Folketinget, the Danish Parliament has 179 seats and 90 seats ( in Danish mandater) are required for a majority vote.

Find here an overview of Denmark’s Political parties and the June election parliamentary split (number of seats in parliament- in Danish mandater):

Rød blok’s Prime Minister (statsminister) Helle Thorning-Schmidt formed a minority government with Radikale Venstre and Socialistiske Folkeparti (SF) in 2011. In 2014, SF left the government but continued to support the coalition. At the June 2015 elections the red coalition lost to the blue coalition with Lars Løkke Rasmussen as their prime minister candidate. A total of four seats are reserved for candidates from the Faraoe Islands and Greenland, three of them traditionally voting for red bloc, still not making up enough seats to form a 90 seat government.