Copenhagen Meatpacking District and other hang out areas under police scrutiny 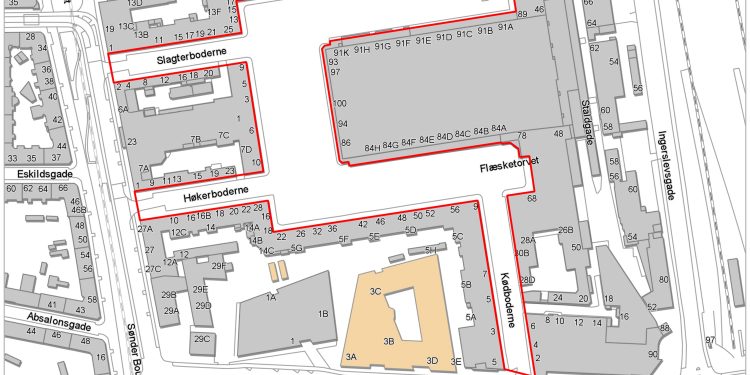 The streets lined in red at the ones with the ban on gathering, fines of DKK 2,500 per person may be issued. Picture: Københavns Politi.

In a press release sent out today the Copenhagen Police informed that starting from 22:00 residents will no longer be allowed to stop or hang out at the Meatpacking District.

The new measures announced are to help curb the rise in spread in the Copenhagen area, a rise which has been seen particularly amongst young adults aged 20 to 29.

Young adults often use the outdoor spaces around the Meatpacking District’s many restaurants and bars to hang out.

This will no longer be possible, starting today 17 September until the 23 September, the Copenhagen Police will patrol more often and issue fines to those who have not understood the restriction against gathering and hanging out which will be in place from 22:00 until 02:00 in the morning.


The measure means that once the restaurants and bars close at 22:00 (the new curfew announced a few days ago), guests are to go home and not hang around outdoors.

Those who do not understand the message may be fined with DKK 2,500 per person.

Residents and visitors are still allowed to walk their dog, go for a run or take a breath of fresh air if they keep moving, the ban is issued if you stop/standstill or gather with a crowd.

Signs will be put up in the streets in question to ensure that the new message is understood. In Danish you will see signs saying that it is no longer allowed to gather, this is the opholdsforbud message.


The Copenhagen Police also announced that they will be surveying the development in a range of zones in Copenhagen to make sure that the party does not continue in the street once the bars and cafés close.

This applies to several of the popular night life streets in Copenhagen where so- called warning zones will be under police scrutiny, the streets in question are Vestergade and parts of Gothersgade, as well as Kongens Have, certain areas of Fælledparken, Islands Brygge, Dronning Louises Bridge and the area around Sandkaj and Göteborg Plads in the new Nordhavn district.

The warning zones are areas where the police will patrol more often at nighttime from Thursday to Saturday night and if the need arises, they will issue a ban against gathering in the warning zone which poses a problem.

The police are particularly concerned with so called pirate parties which gather several hundred young adults outdoors in selected areas of Copenhagen.


People will be fined as the present reinforced measures, lasting until 1 October, have a ban on gathering more than 50 people. This is what in Danish is called forsamlingsforbud which was put down from 100 to 50 in 17 municipalities in the Copenhagen area.

The message from the police and Danish authorities is clear: go home once the restaurant or bar closes at 22:00.