Danish general elections coming up. You might wonder who Lars is? 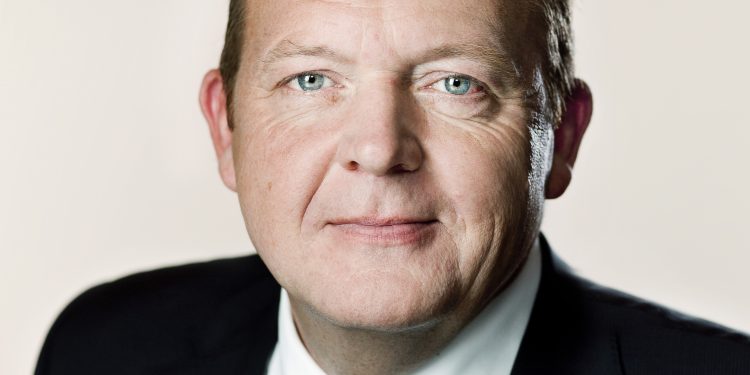 He left Venstre after losing the majority in 2019 to the Socialdemocrats and Mette Frederiksen. Now Lars Løkke Rasmussen is back with his new party Moderaterne and he could again play an important role in Danish politics.  Find out more about him here.

Lars Løkke Rasmussen (b.1964) is the present Chairman of the new party Moderaterne, he is also ex Prime Minister of Denmark and ex Chairman of Venstre, Denmark’s liberal party.

The son of a bookkeeper and a stay-at-home mother, he grew up in the town of Græsted on Sjælland in your typical Danish villakvarter with an older sister and a younger brother.

He is married to Sólrun Løkke Rasmussen, teacher, born on the Faeroe Islands, with whom he has three grown-up children: Bergur, Lisa and Simun.

He likes cycling (and drinking a beer or two). While he was Prime Minister he would sometimes do workouts on Monday mornings at the prime minister’s residence Marienborg inviting in Danes from all walks of life, just to know what went on in Denmark.

He took a law degree from Copenhagen University and worked five years in his own legal consultancy firm. But politics became more and more important in his life.

He started his political career in Venstres Ungdom (VU), the youth organisation of Venstre, when he established the Græsted branch of VU.

In 1985, he was elected to the Municipal Council of Græsted-Gilleleje, and from 1986 to 1989 he was National Chairman for VU.

After becoming member of Folketinget in 1994 and serving on several other posts in local and regional government, he was appointed Health Minister and Minister of the Interior in 2001.

In 2009, he took over as Prime Minister when Anders Fogh Rasmussen was appointed Secretary-General of NATO.

Having inherited a government and learning the ropes on the job, it was a bit of a bumpy ride in the beginning. But he learned how to make his inherited government his own in two years’ time.

In 2011, there were general elections for parliament again, and although Venstre won one seat more, the ’blue block’ Venstre was part of did not win the majority.

Helle Thorning-Schmidt of the Social Democrats became the first female prime minister in Denmark, and Lars Løkke Rasmussen found himself in the opposition as a party leader – also a first for him.

Luck turned his way again in 2015, when the blue block won the majority in parliament.

Lars Løkke Rasmussen formed a one-party (Venstre) minority government with support of Dansk Folkeparti (actually the biggest blue party as a result of the 2015 elections), Liberal Alliance and De Konservative.

In 2016, he made a rokade (the Danish expression for a round of changes in ministers’ seats) which did not only shuffle around ministers, but also engaged two other parties. Liberal Alliance and De Konservative became part of the government.

Dansk Folkeparti did not, but continued to support the government, however.

In 2019, he was defeated by the red block and the government passed to the Socialdemocrats, Mette Federiksen became Prime Minister, heading a minority government with the parliamentary support from SF, Enhedslisten and Radikale Venstre.

Later he lost his chairmanship of Venstre to Kristian Jensen and he left Venstre and so everyone thought, also Danish politics, eventhough he still had his seat in parliament.

However, much to everyone’s surprise, he felt he could not stay out of politics and he formed the party Moderaterna, a party none of his opponents took seriously until these past months.

Apparently the political trademark, Lars Løkke Rasmussen, stands strong among Danes and the current polls set his party to get up to 10 percent of the votes, which would give him 17 seats in the Danish Parliament after 1 November 2022.

This position, so political observers say, is actually key to understanding the politician Lars Løkke Rasmussen: always open and looking for ways to get the best and most out of any situation.

He was known as the great deal maker and his current politicial project is exactly that: ” We need to look differently at Danish politics and seek solutions which both sides of the parliament can see themselves supporting, we need to govern over the middle of the room” could be a quick sum up of his political project.

Which political results were his tradmark?
Lars Løkke Rasmussen is an experienced politician, with a large network that stretches all over the country, even way back to the 1980’s, when he was a bright-eyed and bushy-tailed member of Venstre’s youth organisation.

His name is intricately connected to several reforms which have shaped present-day Denmark.

In 2010, Dagpengereformen halved the period in which those who were out of work could claim benefits at the level of their last-earned income, before they would drop to the considerably lower kontanthjælp benefit.

Finally, the Tilbagetrækningsreformen from 2011 put a stop to the possibility to stop working up to five years before the official pension age.

His political weakness at the time was that he made the impression of being open to favours.

Several bilag-sag, receipt affairs, showed that he didn’t see clear boundaries between his private finances and those connected with his official position.

As amtsborgmester (head of a Danish province, roughly compared to a state governor), he used public funding for private use such as beers, cigarettes, hotel rooms, visits to night clubs and taxi fares. As a minister, and during the campaign in 2011, he let his party pay for his clothes (the tøjsag, the clothes affair) and hotel rooms for a vacation.

In 2013, it was revealed that Lars Løkke Rasmussen let the NGO he was president of (GGGI = Global Green Growth Institute) pay for his travels in first class, and for the travel expenses of his daughter.

This case dragged on for almost a year, nearly costing him his post as chairman for the party almost splitting Venstre in two.

In 2016, he accepted the use of the summer house of one of the CEO’s of the largest Danish industrial fishing companies, who was also a contributor to Lars Løkke Rasmussen’s charity Løkkefonden – along with other” quota kings”: the fishing companies who have the largest fishing quotas in Denmark.

Despite all this, his political strong point is that many people see him as a man of the people, ‘one of us’: liking a beer, being jordnær – down-to-earth.

As such, his supporters tended to forgive him his mistakes, making him a political survivor without, at the time, an equal in Danish politics. It would seem that he still is, or so the next general elections will show.

What will happen next?

A good question and one we will have an answer too once the next general elections on 1 November are over, showing which constellations can make out the famous 90 mandate majority.

There are 15 parties competing to get seats in the Danish Parliament.

At present the polls give the current red block the majority but much can happen in Danish politics and either way, the parties need 90 mandates to have a majority, none will get there on their own but will need the support from other parties in parliament to get a majority.

Traditionally, parties  have been either blue or red and a few such as Radikale Venstre were known to support political projects more than colour combinations although in the past government they support the Socialdemocrats.

Moderaterna have said they believe in a government formed over the middle, meaning with parties traditionally at opposing sides, so, depending on the number of seats allocated to Moderaterna, they could become King makers, or, as some say, chaos makers as well.

The Danish Parliament has 179 seats, 4 seats are allocated to Greenland and the Faroe Islands (of those 3 vote Red and 1 votes Blue in the current parliament).

Are you new to Danish Politics? Maybe our article – The Rules of the Game may help you understand the political culture and scene in Denmark.