Denmark’s Socialdemokratiet is the largest party after the municipal elections 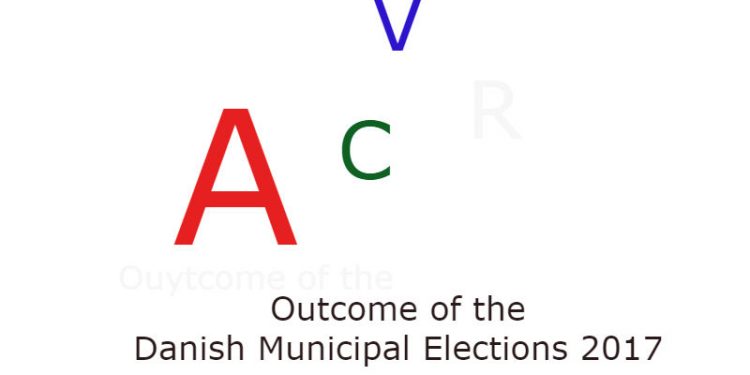 The Danish social democrats had a great election, gaining the positions as Borgmester in five of the largest six cities, they are the largest party in Denmark with 32,4 percent of the local votes.

Rude awakening the day after for the Danish right wing (the blue) parties, namely Venstre and Dansk Folkeparti, are not able to gain further public support locally and Venstre at actual count stands to lose 14 mayor positions, going down from 47 Borgmesterposter (the position as mayor) to 33. Dansk Folkeparti did not gain a single mayor position.

It is the position as BORGMESTER, which really counts out in the 98 Danish municipalities as it is the Borgmester who works full time, and thus is able to gain considerable influence over the administration and financial politicies of the municipality.

According to political commentators, this is important, as it also potentially positions them better for the elections in four years.

Also notable is that in the five largest cities, Copenhagen, Odense, Aarhus and Aalborg the mayor is a socialdemocrat – only Esbjerg has a right wing mayor with Jesper Frost from Venstre.

Their party leader, Mette Frederiksen, has toured Denmark in support of the party’s local politicians.

Against this is the fact that Venstre is in government and the traditionally blue speak of the right wing coalition parties is focused a great deal on tax-reductions. Also the social democrats have been good at getting hold of the young voters by using social media.

The position as borgmester is allocated (elected indirectly) by the new municipal board and is based on a range of factors.

Of course the borgmester candidate has to gain the majority of votes in the new municipal board (kommunalbestyrelse), however, as with the Danish government, the majority is seldom found in one party, but is the work of collations and agreements between parties.

These local negotiations often take on other colours than what the government has.

For instance in Viborg, where former coach of the Danish handball team Ulrik Wilbek ran and won for Venstre, Ulrik Wilbek was able to secure the position as mayor through a coalition between Venstre and Socialdemokratiet, thus taking over after the conservative mayor – despite Venstre being in government with the conservative party.

The status of the negotiations out in the municipalities is that 88 mayor positions have been elected and 10 municipalities still need to find a majority vote behind a selected mayor. These final negotiations are expected to reach agreements around early afternoon today.

A real thriller has been on Frederiksberg, which for the past 108 years has had a conservative mayor; only 150 votes separate the conservatives from a social democratic takeover.

If you want to see how it went in your municipality then dr.dk has made a map of Denmark, where information for each municipality is accounted for with the local results – find it here

The map shows the colours of the parties – so remember that the social democrats are red, the conservative have a green colour and Venstre is blue (the party colours are reflected on the map).

Actual status of the position as borgmester  in the 98 Danish municipalities is that 10 still need to be decided upon. The negotiations started last night are still going on in these municipalites.