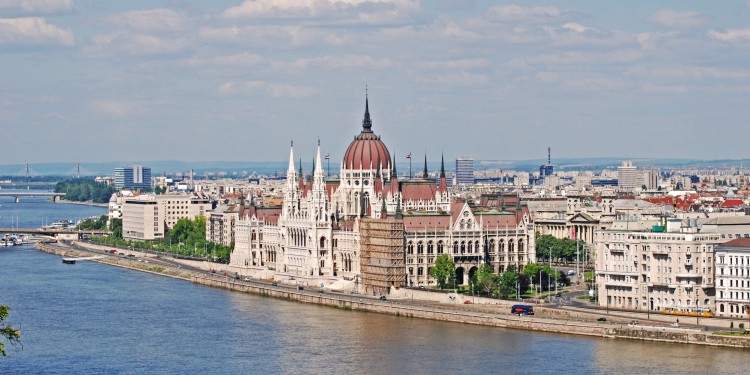 Budapest is one of the most romantic and majestic destinations in Europe. Filled with magnificent Art Nouveau architecture, an assembly of UNESCO world heritage sites and historical monuments, and a flourishing spa culture, Budapest is a top travel destination. In addition, it remains surprisingly affordable. So whether you decide to come for a short stay or for a week, the amount of attractions and activities the metropolis has to offer will amaze you.

The name ‘Budapest’ comes from the merging of the two cities separated by the grand Danube River: the hilly Buda and the industrial Pest. The Romans first inhabited it in the first century AD, and after a very tumultuous history, it became Hungary’s capital in 1989. Today more than 3.2 million people call it home, and it welcomes more than 4 million tourists a year. The local currency is the Forint (HUF) and the exchange rate is approximately HUF 850 to 20 DKK.

Despite being blessed with numerous sights, most of them are located in the city centre, within walking distance from each other. A good place to start your exploration is in Buda at the UNESCO World Heritage Site Castle Hill, a limestone plateau standing 170m above the Danube. There you will find several medieval monuments, including the Royal Palace, which today houses the History Museum, the National Library, and the National Gallery. You can access it by bus, hop on the funicular railway, or walk up the ‘Royal Steps’. From the top, you can contemplate the spectacular vistas of the Danube River. Other idyllic spots for capturing the perfect photo are the top of Gellért Hill, Elisabeth Lookout on János Hill, and The Fishermen’s Bastion.

Crossing the emblematic Chain Bridge that connects Buda and Pest is a must. Inaugurated in 1849, the bridge was nearly destroyed by the Germans during the Second World War and was completely reconstructed afterwards. Today it is one of Budapest’s most evocative landmarks, overshadowed only by the striking Parliament Building. This huge, neo-gothic architectural gem was built in the late 19th century, and, with 691 rooms, is the third-largest parliament in the world. When the National Assembly is not in session, you can join a guided tour and admire the Hungarian Crown Jewels on display inside. For some superb views of the Parliament and the Chain Bridge, take a sightseeing cruise along the Danube. Some cruises also stop at the quiet Margaret Island, and travelers seeking a romantic night can book an evening cruise with dinner and music.

History buffs should visit the excavated ruins of the Roman city of Aquincum, the ancestor of Budapest. Situated in Óbuda, the oldest part of Buda, the remains date back to the second century and include several sights such as mosaic floors, tombstones, and an amphitheatre. Another historical highlight is the immense, neo-classical Catholic Basilica of St. Stephen’s, named after Hungary’s first king. Entry is free but a small fee is charged if you climb up to the observation deck. You might also want to check out the Museum of Fine Arts and The Palace of Arts in Heroes’ Square that also serves as a cultural hub. Free guided walking tours organised by residents are a fun way of uncovering the wonders of the city from the locals’ point of view (see details at: www.triptobudapest.hu)

A Jewish heritage
The city’s Jewish inheritance has left Budapest with a wealth of historical buildings and a fascinating Jewish quarter. Traditionally, Jews made up an important minority of Budapest’s local community, but after the Second World War, almost half of the entire city’s Jewish population had been killed. The Holocaust Memorial Centre honours the victims of the Hungarian Holocaust. It houses a synagogue, a museum and an inner courtyard with a glass memorial. Another interesting synagogue is the imposing Moorish-style Dohány Street Synagogue, the largest in Europe, whose courtyards comprise the Jewish Museum, the Raoul Wallenberg Memorial Park, the Jewish Cemetery and the Heroes’ Temple.

Shopping and accommodation
Shopping options in Budapest are endless. A superb spot to purchase souvenirs is the Central Market Hall, the largest indoor market in Budapest. Located at the Pest end of Szabadság Bridge, you can find everything there: from food stalls and local wines, to souvenirs such as Tokaji (a variety of paprika), local folk art, and traditional Hungarian clothing. The market is open to the public every day except Sunday and public holidays. Other excellent places to search for souvenirs are the Falk Miksa Street (the antique row of Budapest) and the Ecseri Flea Market.

Being a popular destination means that there is a good supply of lodging options, from modern guesthouses and chic apartments, to fashionable boutique hotels and glittering five-star properties. One of the most unique hotels in town is Brody House, whose quirky design features paintings by local artists and even a bathtub standing by the bed. Other beautiful hotel gems are the charming Buda Castle Fashion Hotel and the stylish Hotel Palazzo Zichy. For a real bargain, stay at the extravagant Lavender Circus Hostel, owned by a bohemian artist who has given each room an original touch. If you prefer old-fashioned luxury, spend the night at the classy five-star Corinthia Hotel Budapest.

A visit to Budapest is not complete without experiencing its precious thermal baths. In fact, it is often labelled the ‘city of spas’ for its multiple thermal and medicinal water springs. Budapest is home to 118 springs distributed across 15 public thermal baths. Equally popular among locals and visitors, they are the perfect setting to take a relaxing break. Some of the most visited public baths are the notoriously elegant Gellért Baths and the large, Baroque-style Széchenyi Baths. Entry fees are generally cheap and most baths offer special wellness packages with medical and beauty treatments.


Entertainment and nightlife
Once you have charged your batteries at an indulging spa session, it is time to enjoy the rich cultural life and pulsating nightlife. Thanks to a thriving literary past, the Hungarian capital is full of beautiful and artistic historical cafés such as the classy Central Kávéház and the glamorous New York Café. To get a taste of the underground local bar scene, head to one of the popular retro ruin pubs. During the past decade, the city has seen the rise of these unique venues, built from tenement houses and factory buildings that were about to be destroyed. Besides fulfilling entertainment purposes, they operate as community centres, hosting cultural activities such as film clubs, concerts and theatre plays. Read more on http://ruinpubs.com

Fancy something more sophisticated? Attend a music performance at the prestigious Budapest Opera House, whose lavish interior – the auditorium was decorated with more than seven kilos of gold! – provides splendid acoustics and top-quality recitals. The exceptional neo-renaissance structure is located on the chic Andrássy Avenue and was built in 1884. Ticket prices start as low as DKK 100. If you are not into opera, you can still visit it with a guided tour, available in several languages daily.

Transportation
Getting to Budapest from Denmark couldn’t be easier. There are daily scheduled flights from Copenhagen with SAS and six times a week with Norwegian. At Budapest airport, bus 200E departs regularly and connects passengers to the metro terminal. Public transportation is extensive, efficient and cheap. A single ticket is valid for trams, trolley buses and metro. Taxis can be a good option late at night, when most modes of transport stop operating.

Hungarian cuisine
Hungarian cuisine is a combination of Germanic, Italian and Slavic influences with an Asian touch. Delicious goulash, pörkölt (stew) and fisherman’s soup are some of the most popular signature dishes. Budapest can boast having three Michelin starred restaurants: the smart, gourmet Costes, the upscale and ostentatious Onyx and the contemporary-style Borkonyha. Other excellent choices to sample authentic Hungarian specialties are Zeller Bistro and Kisbuda Gyöngye restaurants.

Special event: The CAFe Budapest Contemporary Arts Festival
If you happen to be in Budapest between 7–23 October, don’t miss Hungary’s leading contemporary art festival. Full of exciting cultural events for all tastes, this avant-garde CAFe festival celebrates its 25th edition and comes with a very attractive agenda. Its more than 170 events across multiple city venues include music productions of all genres, from classical to jazz and world music, performed by the best Hungarian musicians and prestigious international artists. During the festival, there will also be room for theatre and contemporary circus, dance, poetry and visual art exhibitions.