Flu season could have topped this year 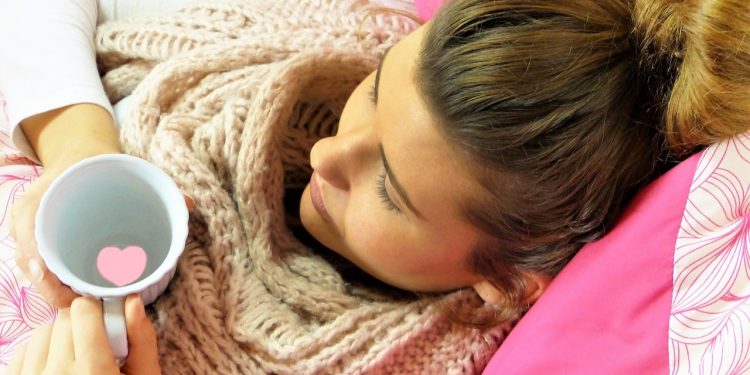 This year is a milder season the Danish centre monitoring the situation, Statens Serum Institut, is reporting and you might be lucky and avoid it completely.

If you have not yet “had” your winter flu (despite friends and work colleagues who have), then you might be happy to hear that this year the flue season has been milder compared to last year and the worst could be over.

The Danish centre monitoring the situation, Statens Serum Institut, has a national influenza centre who monitors the situation weekly. So far they are reporting a less severe season compared to last year.

Traditionally February is the season when the virus hits the hardest.

The 2019 flu season is rated as middle on the severity scale of Statens Serum Institut, and despite the past two weeks, where a range of new cases were reported, it would seem that the number of new cases has topped, and the worst could be over.

Also, this year the vaccine is working the institut is reporting in their latest press release.

The predominate virus this year is an influenza of the type A(H1N1), this is a flu virus which has been in circulation for some years, and therefore a range of Danish citizens or people living here for some years will already be immune to it.

This means that the flue this year predominantly will hit children and young adults, or those who have just moved here, and who therefore have not yet built up immunity towards it.

“If you were vaccinated against influenza, this virus ( Editor’s note: A(H1N1)) is also part of this year’s cocktail and should reduce your risk of getting ill by at least 50 percent. Should you be unlucky enough to fall ill, despite the vaccination, there is a much smaller risk of being severely ill,” says doctor Ida Glode Helmuth from Statens Serums Institut.

So, if you did not yet have your “share” of the flu season, you might be so lucky as to avoid it completely.

The 2018 flu season was particularly hard as the flu vaccine did not work against the flu virus called influenza B/ Yamagata, which was the predominate one.

Unfortunately, it was not part of the cocktail in the 2017/2018 season’s flu vaccine, making the impact severe on the elderly and those more at risk.

In Denmark, the yearly influenza vaccine is free for elderly citizens and other risk groups, who are usually vaccinated during the late autumn.

Risk groups are elderly people over 65, and others in bad health, and for some illnesses, such as diabetes or heart diseases, a severe case of influenza may negatively affect their condition.

Find below a few tips on how to avoid contagion.

New American research has shown that influenza is much more contagious than what was believed so far.

Even just breathing, in the same room as someone who is infected, can be the cause of your contagion, all the more reason to go straight home to bed if you have symptoms.

It will not prevent the flu from developing but can reduce the duration of your illness with one or two days.

How to prevent contagion – of yourself, or giving it to others

Avoid close contact with people whom you know are ill

Stay home from work, school or any other activity if you are ill

Wash your hands often with water and soap – especially after sneezing or blowing your nose – you can also use hand-spirit (70 to 85 %).It is recommend if available to use. You can buy it in small pocket- or handbag formats at the pharmacy, Matas or Normal.

Avoid touching your eyes, nose or mouth with your hands if you did not just wash them. This way you avoid contagion should you have vira on your hands

Keep surfaces clean (in your home or office) through normal cleaning and make sure common facilities are cleaned regularly.

Sometimes it can be hard to distinguish flu symptoms from a cold. However, flu symptoms usually come on suddenly. Another key difference is a sudden high fever, severe aches in muscles and joints, pain and tiredness around your eyes, weakness or extreme fatigue, and a general feeling of being sick.

You may also have a headache, a dry cough, a sore throat and a runny nose.

In the normal uncomplicated cases the symptoms last four to five days, but often you will feel tired and weary for one to two weeks afterwards.

Severe cases are often followed by lung-diseases and pneumonia, which are bacterial infections. These are treated with antibiotics.