How to become the happiest native in the world? Find out in the “Year of Living Danishly” 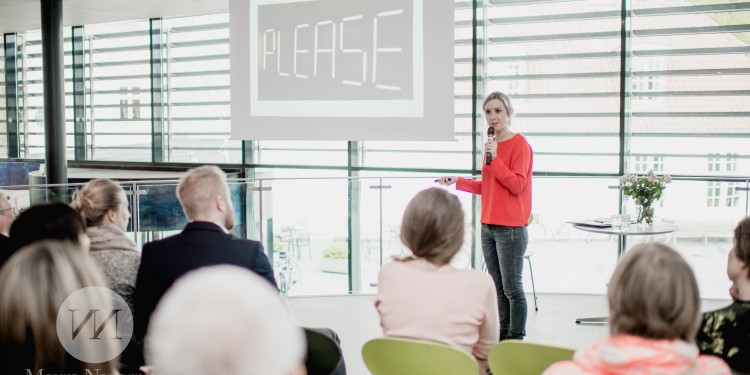 Can going native in the world’s ‘happiest’ country, really make you more content? Archetypal Londoner and journalist Helen Russell made it her mission to find out if this is true.

We’re regularly told that Danes are the happiest nation on earth, though having watched The Killing, The Bridge, and Borgen I have never been able to work out why. So when my other half was offered his dream job in Denmark and I was faced with the prospect of swapping one grey, rain-soaked country for another, I wasn’t immediately sold. 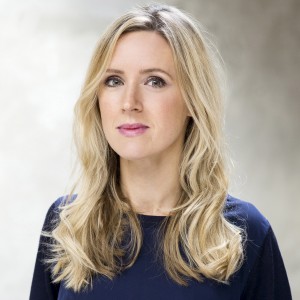 Helen Russell gave herself and her husband a year of living in Denmark – three years later they are still here.

However, after 12 years of 60-hour weeks and the second stabbing in our North London neighbourhood in as many months, I decided it might be worth a try. I did some research and found out that there was more to Denmark than endless winters, Nordic Noir and bacon. Denmark also has a great work-life balance for starters – something sorely lacking in our fast-paced city existence – as well as a welfare state that looks after everyone.

‘If we moved to Denmark’, I told myself, ‘I could freelance. I wouldn’t have to take the tube anymore. I could walk our puppy on the beach every day. There would be pastries. Loads of them. And we could spend the remainder of our wages on eye-wateringly expensive Danish homeware…’

My husband, already a huge Scandophile, would owe me. Next time, we’d move to wherever my work took me. So, I agreed to give it a go for 12 months, on the understanding that if we didn’t like it, we’d come home.

I resigned from my glossy, occasionally glamorous magazine job and packed our flat into 132 boxes, and we emigrated. Not to (wonderful) Copenhagen, sadly, but to Sticksville-on-Sea in rural Jutland. Okay, so we didn’t know anyone. I didn’t have a job, and the language appeared utterly impenetrable. However, on the plus side, the pastries were delicious.

Why are Danes so happy?

In between the pursuit of work as a newly minted freelancer, the cringe-worthy search for a new social network, my attempts to learn the language and avoid getting lost in my adopted homeland, I set myself a challenge to understand what makes Danes so (supposedly) happy. I would try living ‘Danishly’ (yes, I even created a whole new adverb for the project) for a year, exploring a different area of life each month to see if I could get more content, Viking-style.

From someone who would have placed herself at a respectable six out of ten for happiness back in my old life, I wanted to see if living Danishly could nudge my number up any higher. And so it began. From getting to know Danish mentality, to making friends (a lot like dating) and learning new skills as an adult (hard), I was forced to adjust to a new tempo of life.

I found that most of the Danes I met weren’t governed by pressing concerns or consumerism, but by tradition and deeply held beliefs. Danes turned out to be masters of living with less, but living well (relatively), with uncluttered homes that were simple and beautiful, but functional.

You can live Danishly too

This approach to living started to rub off on me, too. I bought less, and I cooked more. There was less to be stressed about because there were fewer options, for everything. Everyone was equal. Our neighbours were lawyers and a dustbin man; both were paid a decent wage and could afford to live on the same street. Something unheard of back home.

No one got stabbed where we lived now. And unless it all went a bit Sarah Lund, it was unlikely that anyone would. Our ‘new friends’ left their cars and homes unlocked. and their babies unattended outside cafes.

It wasn’t all plain sailing. Life was expensive, and the Scandinavian work/life balance turned out to be a mixed blessing. As Danes work the shortest working week in Europe at just 34 hours (according to latest figures), my husband and I were together all the time, undiluted by the distractions of long working hours and a hectic social life.

Some Danes even blamed excessive spousal contact for Denmark’s 43 percent divorce rate, with figures for expat couples looking bleaker still. However, somehow, we survived. Our household even expanded. Against the odds, I lived to tell the tale and even wrote a book about it.

Part reportage, part diary, the book follows the calendar of our first year charting the highs?(the pastries), the lows (see: ‘November’) and the revelations.

Each month brought its own challenges and rewards – from the soul-destroying darkness of winter, blizzards in April, to stoicism during the manure-spreading month and giddiness at the first signs of summer.

I received a crash-course in what it is to be Danish and embarked on a cultural, gastronomical, and socio-economic gallop through Denmark, finding out a lot about myself and my newly adopted country folk along the way.


Here’s a taster of what I learned

Danish toddlers are the luckiest creatures in the entire world

Pastry and potatoes might just be the secret formula for happiness 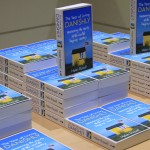 We are still here three and a half years later. It’s not perfect – Denmark is still flipping cold, I still miss friends and family, and this morning, I found some half-chewed cheese and a wooden spoon in my handbag courtesy of our toddler whose new favourite game is ‘hiding things’. But, my shoulders have unfurled from their customary position hunched up somewhere around my ears.

I dance around my kitchen like no-one’s watching – mostly because there isn’t anyone around to watch and it makes my son laugh his head off. Living Danishly has made me happy – with lessons for life that I can take with me, wherever home ends up being.

This has been proven to be the number one reason Danes are happy. So it’s something I’m trying to get better at. It makes you feel better, saves you unnecessary stress, and trusting the people around you can make them behave better, so that trust becomes a self-fulfilling prophecy.

Danes are great at remembering the simple pleasures in life – lighting a candle; making a cup of coffee; eating some pastries – can all make you feel better in an instant.

Cycle, run, jump, dance, have sex. Shake whatever you’ve got. Using your body not only releases get-happy endorphins, it can also make you look hotter – Danish style.

Make your environment as beautiful as you can. Danes do, and it engenders a respect for design, art, and their everyday surroundings. Remember the broken window syndrome. This is where places that look uncared for just get worse? The reverse also applies.

If living in rural Jutland has taught me one thing, it’s that limiting your options can take some of the stress out of modern life. Too many choices about what to do, where to eat, or what to wear (Hello, Danish hipster ‘uniform’!) can feel like a burden rather than a benefit. Danes specialise in stress-free simplicity and freedom within boundaries.

Find something that you, or people from your hometown, are really good at, and Own It. Celebrate success, from football to tiddlywinks (or crab racing). Also, don’t be afraid or embarrassed to wave flags and sing at every available opportunity.

National holidays become bonding boot camps in Denmark, and family comes first in all aspects of Danish living. Reaching out to relatives and regular rituals can make you happier, so give both a go. Your family not cooperative? Start your own with friends or by seeing tip #3 (the sex part).

In Denmark, there isn’t as much of a distinction between ‘women’s work’ and ‘men’s work’ as you find elsewhere: there’s just ‘work’. Caregivers are just as crucial as breadwinners, and neither could survive without the other. Both types of labour are hard, and important – all at the same time.

Danes love an activity for its own sake and in the land of Lego, playing is considered a worthwhile occupation at any age. So get building; create; bake – just do and make things as often as possible (the messier the better!).

Life’s easier this way and you’ll be happier too according to research. Even if you can’t influence government policy, to wangle a Danish-style welfare state back home (always worth a try), you can take cake round to a neighbour’s place or invite someone in to share your hygge. Just let the warm, fuzzy feelings flow.

Helen Russell is a British journalist and the author of ‘The Year of Living Danishly, Uncovering the Secrets of the World’s Happiest Country’’ (Icon Books) and ‘Mit år som dansker’ (Turbine Books)