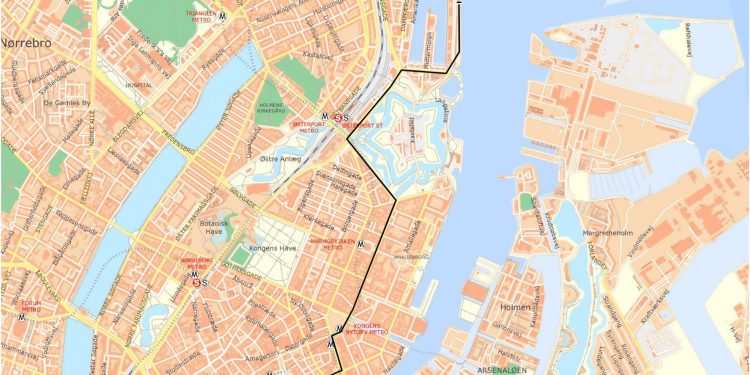 Roads which the demo will be taking in Copenhagen City. Picture: Politiet

Avoid taking your car to the centre of Copenhagen the Danish Police advises as tractors are bound to create traffic jams in the inner city during the demonstration.

You might be wondering what is going on in Danish politics and why a demonstration against the Danish Government is going to take place.

The protestors will bring several hundred tractors to the centre of Copenhagen in a demonstration called “Against the abuse of power and the lack of respect for the Danish Constitution, Grundloven, “.

It will take place from 10:00 to 16:00 in the streets in front of the Danish Parliament at Christiansborg and will certainly affect traffic in the streets in the inner city. This means that bus traffic will also be disrupted.

The reason is the past days’ unveiling of information that the Danish Government and several ministry administrations were informed, prior to the press meeting where the Danish Prime Minister announced that all mink were to be culled as quickly as possible, that the culling of the Danish mink and, thus the closing of a whole industry, was not legally assured in any legislation passed.

The legislation has since been passed with the majority vote of the left wing parties in the Danish Parliament but the opposition parties, several legal experts and professors at Danish law schools have voiced hard criticism that the Government undertook the culling of the mink, with access to mink farmers’private property by the police and armed forces sent in to help, without having the legal mandate to do so.

In a Danish context, this is unheard of.

The culling of the mink that were infected as well as the culling of healthy mink in a periphery of 7.8 km to a farm with infected mink was legally possible as there is a clause in the Danish Farming Act, which enables this order when farm animals are sick.

However, the culling of healthy mink in farms far away from infected mink farms and the order to cull all mink in Denmark did not have a legal framework as a new law to do so had not been passed in the Danish Parliament, thus the constitutional rights of the Danish mink farmers were violated when at the press meeting the Danish Prime Minister ordered the culling of their healthy animals.

A report has been published by the Ministry of Agriculture and the Environment where it becomes clear that information about the lack of legality had been passed on to 10 ministers including the Danish Prime Minister.

The issue has so far cost one minister his position as well as the head of department at the ministry in question.

The opposition is calling for an enquiry to investigate the whole affair, named the mink affair, and to certify whether the Danish Prime Minister knew that her order was not supported by any Danish law when she issued it.

The demonstration is to call attention to the situation of such a violation of the Danish Constitution.

Three access roads to Copenhagen will be used by the protestors: Gammel Køge Landevej, Roskildevej og Frederikssundsvej. They will then take the ring 2 to  Kalvebod Brygge from where they will continue to the Danish Parliament taking these roads:

At 14:30 they will leave Copenhagen again taking the following roads: 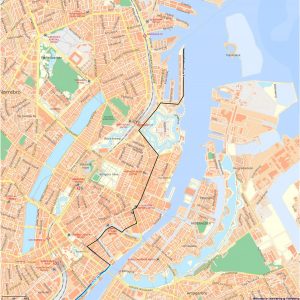