Danish Queen Margrethe’s Golden Jubilee is celebrated with a carriage ride from Amalienborg to the Copenhagen City Hall, prior to her ride, the royal mounted guards will be in Copenhagen several days for the rehearsals.


By Bente D. Knudsen      Pictures: Hisham Ammar from Amalienborg Palace during a past event

It is public and open event, and the sight of the horses and their riders in gala uniform is quite spectacular and something not to miss while you live in Denmark.

On that day she will be travelling by horse carriage from Amalienborg to Copenhagen Town Hall  escorted by the full regiment of 50 horses.

It will be possible to see the escort as they arrive and on the tour: the event is an open and public event.

It will be crowded with tourists, the press and residents who come to see the sight. Be early to get a good place to watch. Danish police will be there to guide the public as to where you can stand and watch.

However, it will already be possible to admire the horses on 10 and 11 November as they will be making two rehearsal tours through the streets of Copenhagen from their Copenhagen “horse hotel” at the Royal Stables at Christiansborg Castle.

During the first ride on 10 November at 13:00 their usual work uniform and not the gala one and the accompanying carriage will be without the Queen but with employees of the Royal Stables.

The main rehearsal takes place on 11 November at 09:00 and the mounted guard will be in full gala uniform – so a real rehearsal tour will take place.


HAVE a sneak peek preview inside the stables

Read also our article on what goes on inside the stables as the horses  and riders are preparing to leave – they even have a nail manicure! Great photo-reportage here

In this small photo report below you can see what a rehearsal parade looks like when they leave Christiansborg Castle. This one is from a past carriage  and escort rehearsal.

They are a grand sight as they take position in front of the old stable buildings awaiting departure.

When they are here with the full guard  of 50 riders, which they will be on this occasion, they are a long parade and at the end of course the modern version of the stable boy picking up the horse droppings!

Read more about the royal stables in our article here 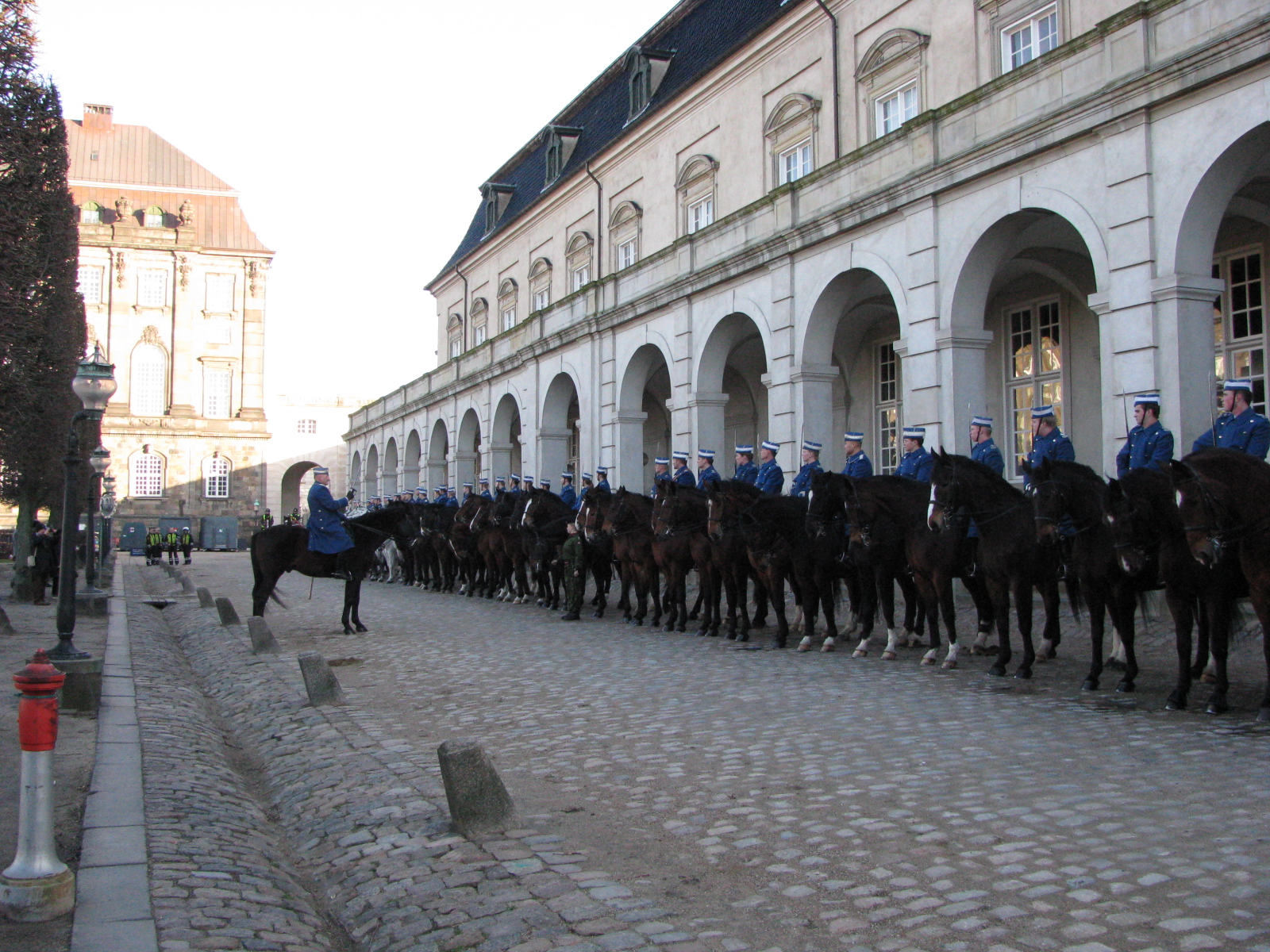 The mounted Gard Hussar Squadron in front of the Royal Stables at Christiansborg Palace. Last briefing before departure. This picture is taken at an occasion when the full regiment is in town, which they will be for the state visit. 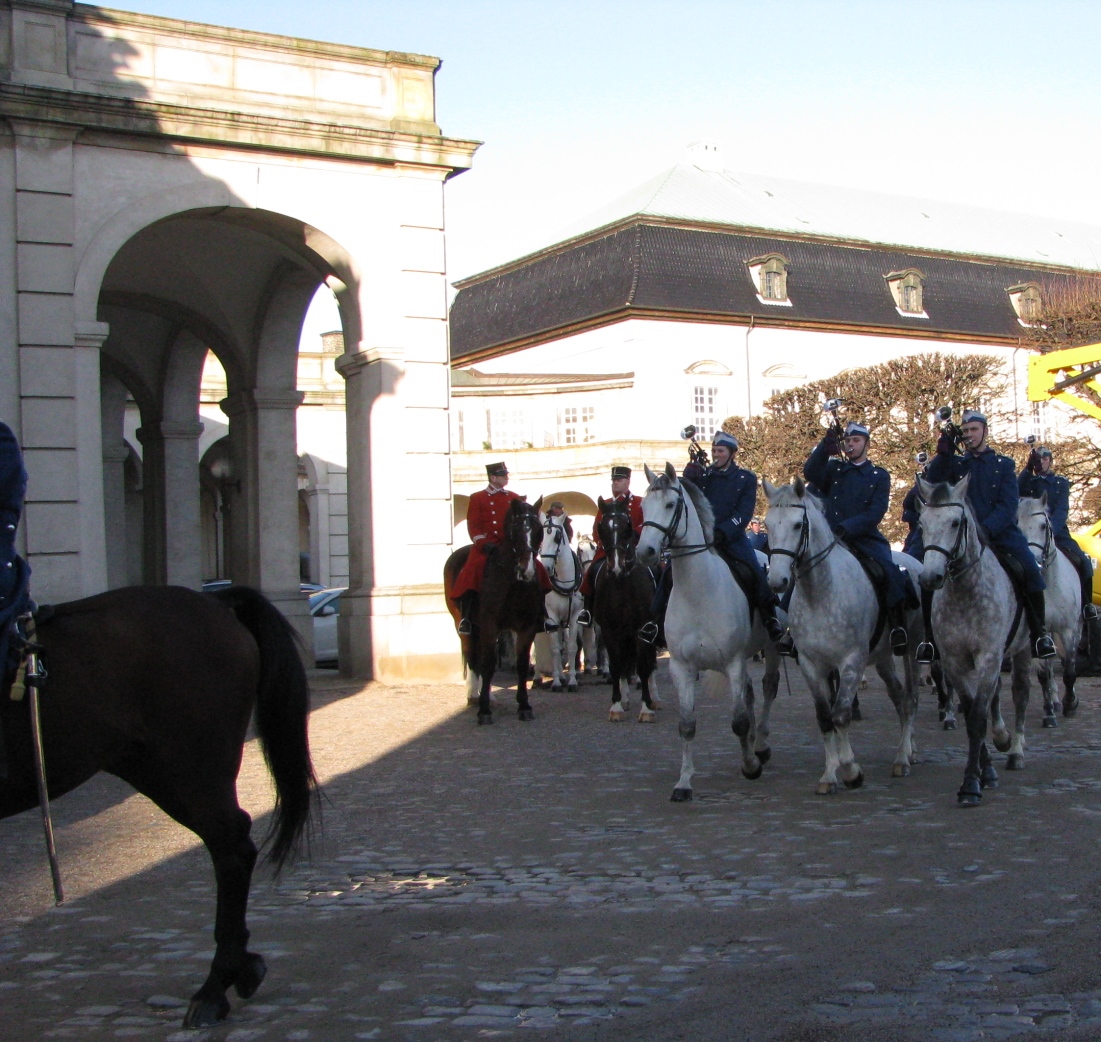 The trumpets sound for take-off. 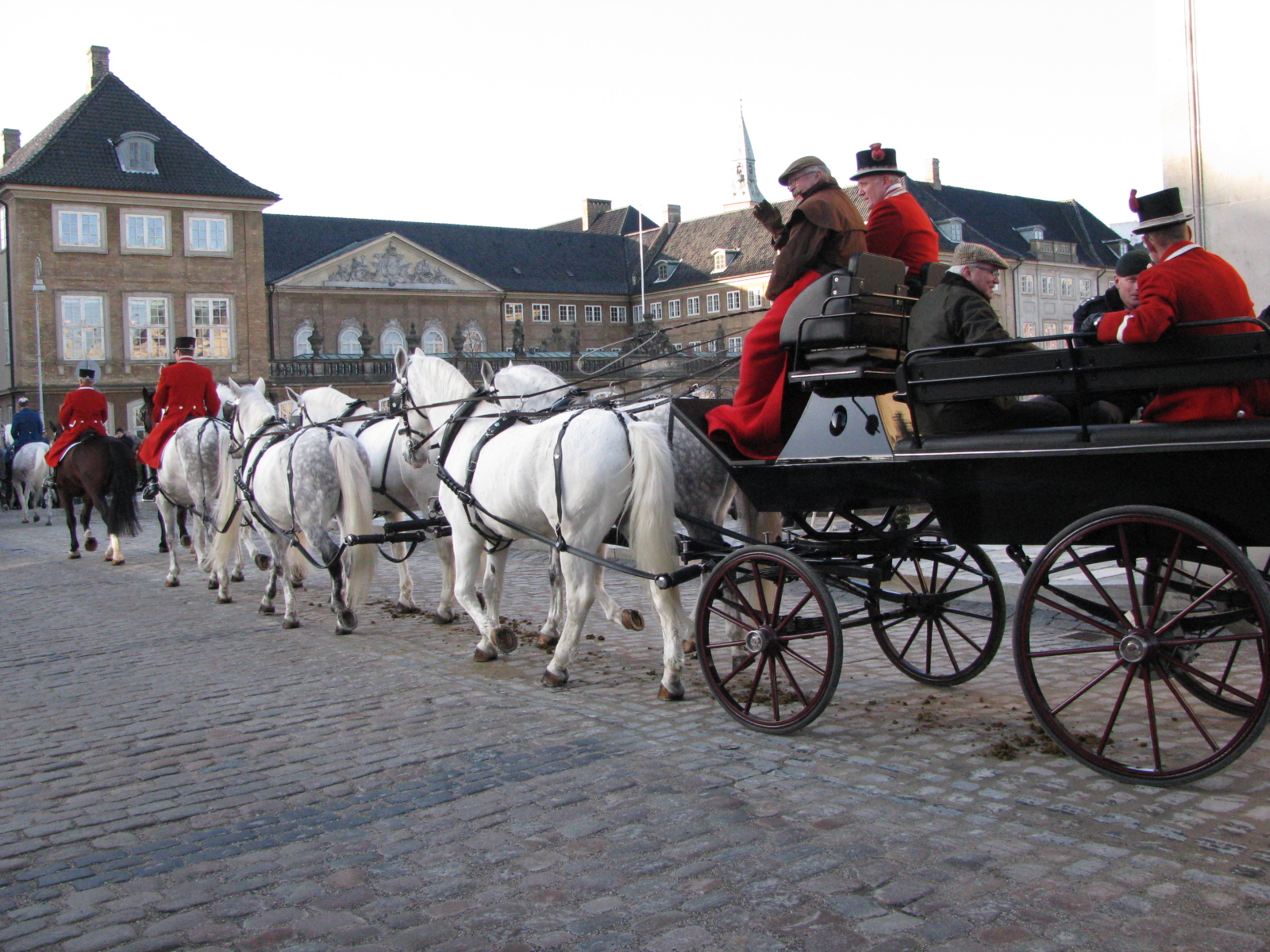 This is a rehearsal tour with a horse carriage and  members of the Royal Stables and Gard Hussar Regiment. 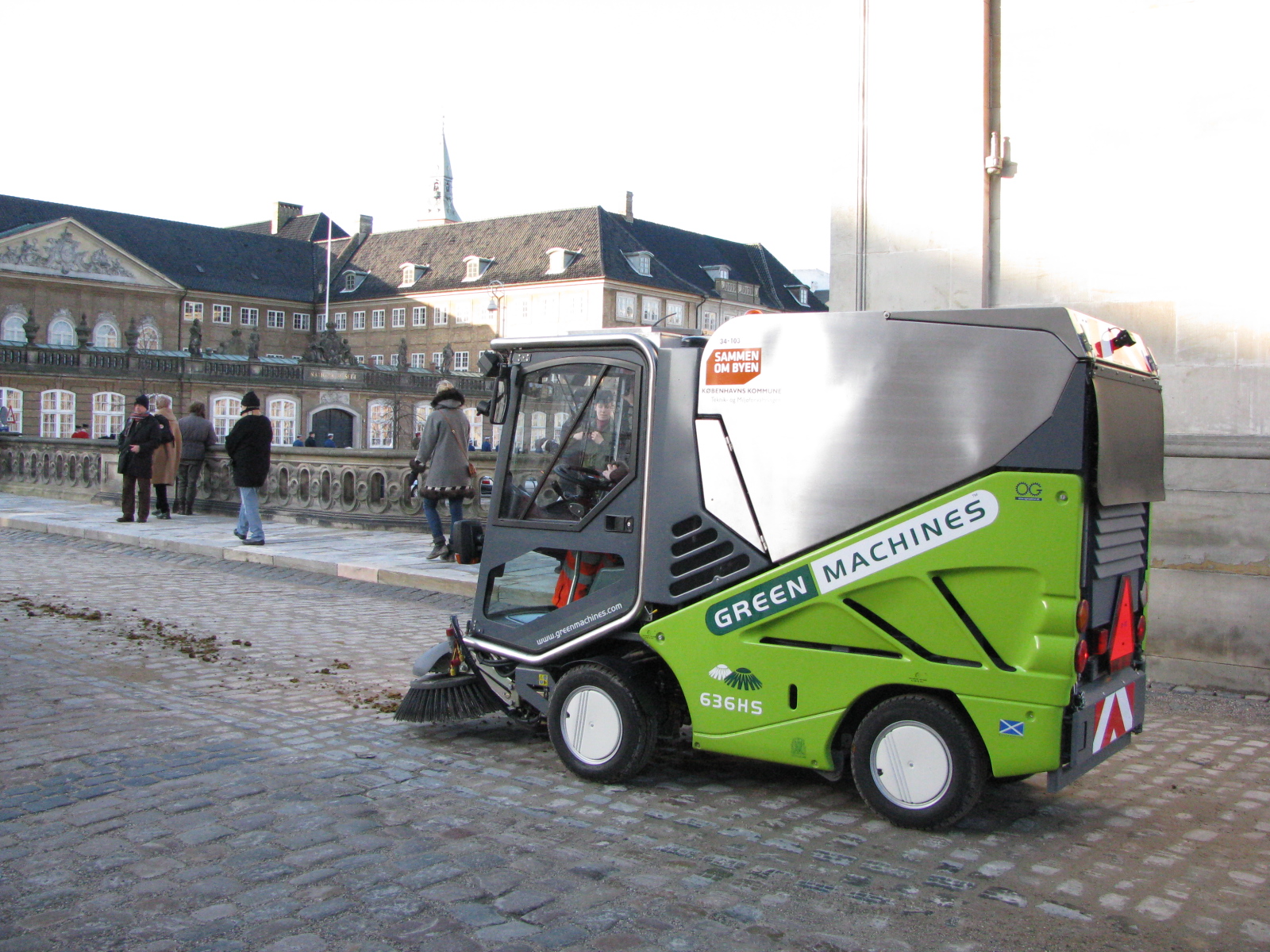 Did you guess what the little green van was for? Of course, a modern waste treatment van is used to pick up what the horses might have dropped!