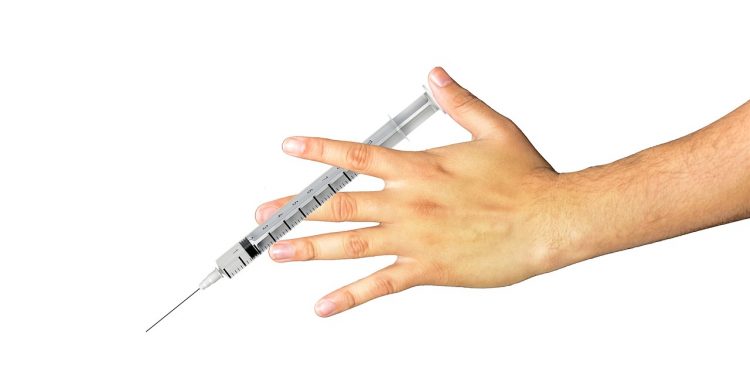 If you think you did not have measles, you can get a free vaccination at your GP.

An adult travelling home from Asia has been diagnosed with measles. Anyone not immunized to the disease on board his airplane has most likely been infected.

Amidst the coronavirus crisis, the Danish health authorities have issued a warning concerning measles.

A man arrived on a Qatar Airlines airplane from Doha to Copenhagen on 27 January 2020.

He had already taken ill before boarding the airplane and as measles is a very contagious illness (it is an airborne virus), there is a very high risk that measles could have spread to anyone travelling on the same airplane, who is not immunized either from vaccination or having had measles.

Therefore, the Danish health authorities are asking travellers on board the airplane from Qatar Airways, flight number QR 0163, from Doha to Copenhagen Airport Kastrup, with a scheduled arrival on 27 January 2020 at 20:25 to stay alert to any symptoms of measles.

The authorities are working on reaching out to all flight passengers, also those who may have continued to another destination than Copenhagen.

Measles is highly contagious and has an incubation time of up to 18 days. The authorities ask anyone who has travelled on this plane and who begins to present symptoms of measles to immediately contact their GP.

”As the incubation time is up to 18 days, generally between 10 and 11 days, we ask that anyone who was on this plane and who gets symptoms equivalent to measles to call their GP or the doctor on guard, lægevagten, and inform that they have been subject to a measles infection,” says MD Peter Henrik Andersen from Statens Serum Institut (SSI).

The patient in question has been hospitalised at the infectious disease department at Hvidovre Hospital, who has specialised rooms to isolate patients with highly infectuous diseases.

The strain of the virus is being analysed to find out where it comes from.

GP’s in the Copenhagen area are asked to be extra aware of a possible risk of measles, and to ensure that patients who present symptoms of measles do not meet other patients, for instance in the waiting room, to reduce risk of spread.

If you are not immune to measles (having been vaccinated or had the disease), you should be aware that the symptoms may appear up to 18 days after you have been infected. The typical symptoms are high fever, a bad cold, red eyes, coughing and after feeling better for a few days, renewed high fever and the appearance of a red dotted rash.

The rash will start in the face and spread to the rest of the body.

“If you have been infected with measles, the first symptoms usually remind you of a cold or the flu.

says Bente Møller, chief physician and section leader at the Danish Agency for Patient Safety in a press release.

“Measles is one of the most contagious diseases that exists, so if you suspect that you have been infected, do not show up without an appointment at your GP, as there is a high risk of infecting others in the waiting room,” she says.

Small children who have not yet received the vaccine are particularly at risk.

Most Danes have had measles or are vaccinated against the disease, and are therefore immune. However, those born between 1975 and 1986 have a higher risk of not being immune, as some have not been vaccinated, and also have not had the disease.

The Danish health authorities are strongly advising that those who are not immune to measles should get the vaccination as this will also help contain the spread.

Getting a measles vaccination is free for everyone and can be obtained from your GP. For foreign citizens with a Danish yellow health card the vaccine is also free.

Since 2017, the measles virus has been considered eliminated in Denmark, except for such cases as this one, where it is “imported” from abroad.

The measles vaccine became part of the Danish vaccination program,called MFR, in 1987.

Children borne between 1975 and 1986 were at the time also offered the vaccine, however, the support for this “catch-up” program was lower for this group, as some had measles as children.

Those born before 1975, who have grown up in Denmark, have most likely had measles (an estimated 95 to 98 percent of them) Statens Serum Institut informs.