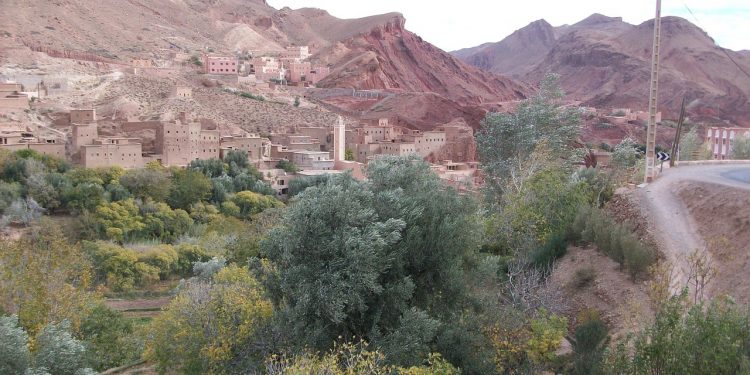 The picture is a model picture with no direct relevance to the case mentioned in the article.

Danish Police is warning pupils at Danish schools against sharing the video of the dramatic killing of the two Scandinavian women in Morocco in December.

The brutal murder of two young women from Denmark and Norway in a remote mountainous region of Morocco’s High Atlas mountain range was filmed by the terrorists responsible for the killing and has since been spread and shared on social media.

Unfortunately, it has also reached young Danish school children, and the Danish police and social authorities (the so-called SSP consultants) have therefore decided to actively warn parents, and the children themselves, from doing so.

In a letter to the parents at a Danish school in Lyngby parents are informed that not only is it a violent video clip to watch for children and teenagers, but it can also be a criminal offence to share it.

” Sharing of such material (pictures and videos) is considered a criminal offence under Danish Criminal Law §264 D stk. 1 og 2” the letter notes.

Despite the criminal age in Denmark being 15, the Danish government passed a new law in 2018, enabling legal prosecution of children from the age of 10 in order to combat criminal and illegal activity amongst very young children.

The regulation has been put in place with effect as of 1 January 2019 and means that children as of the age of ten can be put before a Youth Criminal Court where a judge will be able to sanction a criminal offence.

The sharing of the brutal video showing the gruesome killing of one of the women (the women were found dead with their neck’s cut) is considered a criminal offence under the criminal law, Straffeloven § 264 d which states that:

“Anyone who distributes pictures or messages concerning elements, which can be considered subject to a person’s private life, or pictures (Editor’s note: of a person) taken under circumstances that obviously can be demanded removed from public appearance, may be punished by a fine or prison up to six months. The regulation also takes effect in cases were the message or picture is of a person who is deceased.”

As the video clip shows one of the victims being killed in a brutal and dramatic way by the slitting of the throat, authorities are warning that this could fall under the jurisdiction of the paragraph mentioned above, and therefore recommend adults and children to refrain from sharing it via for instance social media.