Potato holiday coming up – are you going somewhere? What a lucky potato you are! 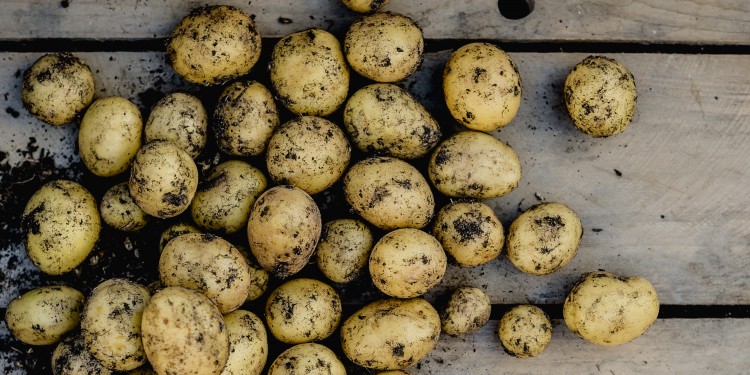 In 1899, the official potato school holiday was placed in mid-October, in week 42, so that children all over Denmark could help out during the same week. Picture: Mayra Navarrete.

Did any Dane ever say this to you and you thought they had gone mad? Well, it’s one of those expressions you can’t translate. In Danish “din heldige kartoffel” means good for you or how lucky you are.

Apparently this expression dates back to a game, which amused seaman in the mid-18th century.  Actually, the potato came to Europe in 1537 from South America, brought home by Spanish soldiers.

No one seems to know for sure when it landed in Denmark, but in the 18th century, Danish King Frederik V undertook to have it cultivated on the Danish heath in Jutland.

Even then there was a lack of skilled labour, so he imported German workers, kartoffeltyskerne, potato Germans as they were called, which was not meant as a complimentary nickname at the time.

Interestingly only the nobility and the Royal family enjoyed what was considered an exotic delicacy, while peasants found them suitable only for pigs and Germans.

We must excuse their ignorance, for no one told them to boil them first. However, gradually, even the peasants learned how to prepare them, and with time, potatoes became part of the daily meal – even replacing bread.

Harvesting took place during the autumn and children living in the countryside were allowed time off from school to help out with the harvest.

The schools found it highly impractical to always have children away from school at different times as each farmer might be harvesting at a different time.

So, in 1899, the official potato school holiday was placed in mid-October, in week 42, so that children all over Denmark could help out during the same week.

The modern potato varieties consumed today are harvested during the summer, so instead the potato holiday has become efterårsferien, the autumn holiday break and it’s a week full of activities in the whole country.

Most Danish museums and event centres organise efterårsferie activities for children (and adults) of all ages.

If you want to find out what is going on at any given museum, just put the name of the museum and the word efterårsferie in your browser, and you will certainly find a website full of information.

A lot of information is still only in Danish, no one seems to believe that tourists will be attracted to the October week.

If you enjoy special events and are in Denmark during this week, it’s really a lot of fun for both adults and children.

The Danish open-air museums usually plan a range of activities that are family friendly – you can read more about the ones at the Open-Air Museum in Lyngby here.

In Copenhagen, the holiday week usually starts with Kulturnatten, the Culture Night.

Many sites and visitors are happy to find KULTURNAT back to pre-covid normality.

According to the Danish potato organisation, Danske Kartofler, Danish potato consumption is declining every year, particularly among young families. With two working parents, peeling and boiling potatoes (about 30 minutes) is just too time-consuming for the modern working family.

Instead, take-away (on the menu up to five times a month and even more frequently in the big cities), as well as rice and pasta, with their easy-to-cook formulas, are increasingly pushing potatoes off the daily menu.

Eating potatoes on a daily basis is, however, still recommended in the nutritional guidelines promoted by the Danish Food Board, Fødevarestyrelsen.

However, bread, rice, and pasta made of whole-wheat flour, are on the same list, thus continuing to compete with the potato.