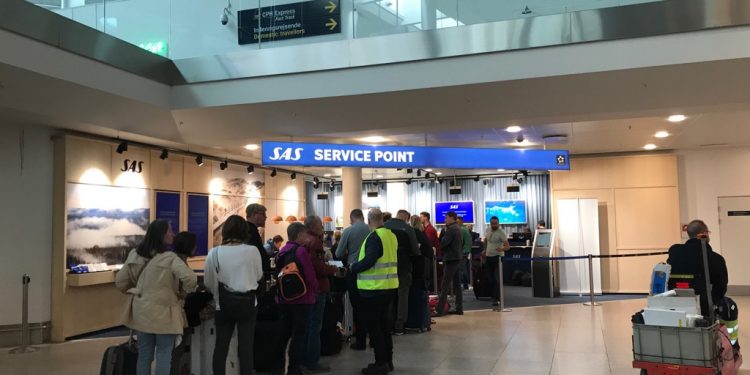 Since last November, the Pilot Trade Union and SAS have tried to reach a new work agreeement, however none has been signed oet.

The old agreement ran out on 1 April 2022 and the SAS pilot trade union can therefore issue legal strike warnings which they did today.

According to Danish labour regulations a warning must be issued with two weeks notice before it can take place.

When a strike will take place is not yet official, however, with the summer holiday season ahead, passengers and SAS are worried that the summer traffic will be impacted.

Last time a pilot strike took place, in 2019, more than 72,000 passengers were affected

Your Danish Life will follow the story and issue updates.

An eventual strike would be the result of the breakdown of salary and other terms between SAS and the pilots’ unions in the three Scandinavian countries.

The pilots are dissatisfied with the many pilots made redundant who are offered new contracts in new lowcost airlines runs by SAS at much lower wages and less attractive working conditions.

At the same time as this potential conflict is taking place, SAS is fighting for survival as the Swedish Government has announced it will not support SAS in the future. The COVID-19 epidemic has come at a huge cost to airlines, SAS not the least and a further bailout is needed for the company too continue to operate.